What Technologies Will Help the Environment in the Near Future? 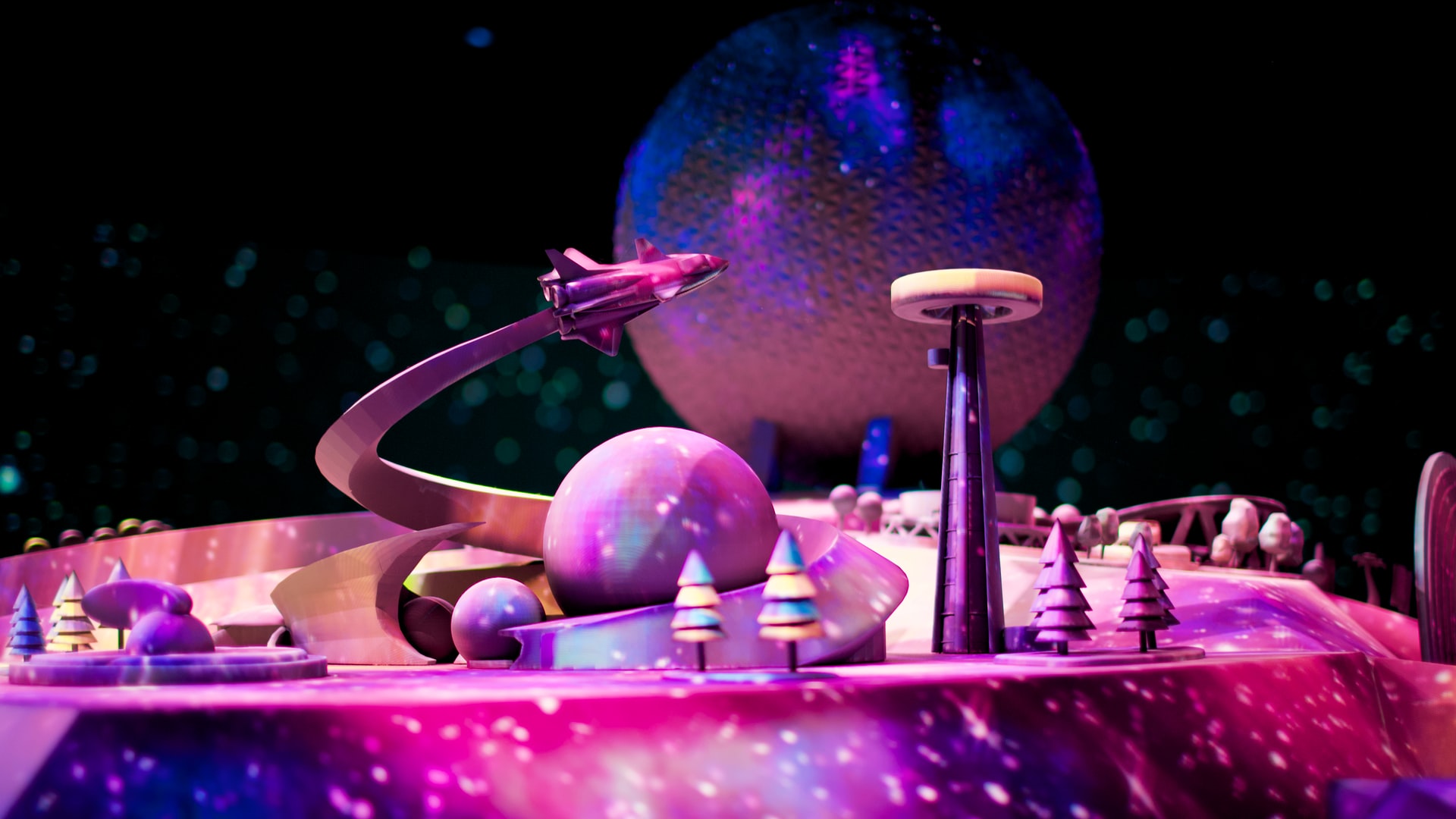 The need for a green energy revolution is clear. With the planet’s ozone layer being depleted by harmful greenhouse gases, leading to rising temperatures and sea levels, and the destruction of many essential natural habitats, the future looks bleak in many ways. However, this threat is thankfully being addressed by scientists, inventors, and engineers all over the world. There are various different technologies at various different stages of development, which look likely to play important roles in combatting climate change and protecting the natural environment. In this guide, we will look at some of these emerging technologies, how they work, and how they may provide essential solutions over the coming years.

What Different Materials Are Being Developed?

Many of the technological advancements are based around the invention and synthesis of new physical materials. A new material can have huge effects on the environment if it becomes widely used for different applications!

Although the first plastic (polyethylene) can be traced back to the end of the 19th Century, it was not until the 1960s that plastic became widely used. Due to the fact that plastic is cheap and quick to produce in large quantities, and has a range of practical applications, its use in products has been ubiquitous from the 1970s until today.

This is a prime example of a new material having huge effects on the environment. Although plastic was a godsend for efficiency and profits of manufacturers, unfortunately its effects on the planet have been devastating. It has been estimated that at least 8 million tonnes of plastic ends up in the world’s oceans every year, and this number is rising despite recent awareness campaigns and the adoption of items such as reusable carrier bags and paper straws.

Plastic can take thousands of years to biodegrade, and its constant production makes it difficult to control. Thankfully, biodegradable plant-based plastics are becoming increasingly popular since their invention in 2014!

Global meat consumption has devastating effects on the environment. Production of beef is one of the leading causes of deforestation, which releases carbon into the atmosphere. It is believed that livestock accounts for almost 15% of human-caused greenhouse gas emissions. Leading scientists have urged the population to stop eating meat, or at least to significantly reduce our intake. While many people do heed this warning, let’s be honest—most of us enjoy the taste too much to ever completely give it up.

Luckily, a solution may have been found that enables us to enjoy our favorite foods without such a colossal negative impact on the environment. Although lab-grown meat is currently a relatively new invention and is not yet cost-effective to produce in mass quantities to replace traditional meat, it seems likely that this will change in the coming years, potentially signalling a new, more eco-friendly era of food production.

Currently, most electrical conduction is carried out through the use of copper, such as in wiring. Unfortunately, copper is not a particularly eco-friendly material. It is not biodegradable and can cause pollution or even poisoning.

A potential alternative to copper, called graphene, was discovered at the University of Manchester in 2004. Graphene is not only more conductive than copper, but it is also flexible, stronger than steel, and only a single atom thick! The potential uses of graphene range from superconductors to water filtration and many others.

Many scientists have predicted that the discovery of graphene may be as technologically significant to humanity as that of bronze, iron, and steel!

Solar glass is one of the most promising emerging technologies. While solar panels have been a popular form of sustainable and renewable energy for many years now, solar glass is a more recent development.

Early attempts at designing solar glass have been limited in their success, with the transparency of glass drastically reducing the efficiency of the conversion of light into power. More recently, a team at the University of Michigan has begun to develop solar glass that is transparent yet remains efficient.

If solar glass becomes advanced and cost-effective enough to produce en masse, the environmental implications could be huge. Imagine if every window could also generate its own renewable energy! Experts have estimated that around 40% of the total US energy requirements could be met by replacing traditional glass with solar glass.

Although technology is continually advancing to become more and more capable of capturing and harnessing natural wind, solar, and tidal energy, the main obstacle of renewable energy becoming the dominant source of global energy is that weather conditions vary widely and are often difficult to predict.

Electric cars are also becoming more and more powerful, yet they still lag behind traditional combustion-powered vehicles when it comes to convenience for most people, as the onboard batteries require charging extremely frequently and the battery life is low.

Thankfully, battery technology is fast developing, and this difference in efficiency may be on the verge of disappearing. While traditional lithium-based batteries cost around $200 per kilowatt-hour, a company called Form Energy is developing batteries with sulfur-flow technology that are far more efficient at a much cheaper price (between $1 and $10 per kilowatt-hour) and can even last for months without the need for recharging.

What Other Major Technological Advancements May Save the Environment?

In addition to new, more eco-friendly materials being developed, there are also other kinds of highly advanced technologies being developed that use ground-breaking scientific advancements and computers in ways that could benefit the environment.

Self-driving cars (also known as autonomous vehicles) have been receiving a lot of media attention in recent years—with some articles anticipating the driverless revolution being hugely beneficial and transforming society, and others expressing concerns over potential safety issues with the technology. The advent of AV is partly being spearheaded by universities. Click here to read up on a course that covers the topic.

Either way, it seems likely that autonomous vehicles are not going to go away any time soon, and they are likely to become a common sight on roads all across the world. If the technology continues to advance at its current rate, it is likely that in the next few decades traditional manually controlled vehicles will become all but obsolete. Driverless cars have the potential to massively reduce traffic congestion and increase fuel efficiency, leading to a significant reduction in carbon emissions. When combined with the increase in electric cars, this could have a huge impact.

Artificial Intelligence (or AI) is not just useful for everyday computing tasks or for the systems of autonomous vehicles. AI can also have more direct applications for environmental protection. For example, machine learning algorithms can analyze ice in the Arctic and measure changes in its composition, and assist researchers in finding the best locations for agriculture and re-wilding projects. In addition to this, AI is being used to detect plastic in the oceans and remove it.

The power grids in most industrialized nations are currently extremely outdated and inefficient. Energy is consistently overproduced in order to avoid unexpected outages, and power stations rely on energy sources that cause large amounts of pollution.

Scientists are developing what is known as “smart grids” in order to modernize power grids and increase their efficiency while reducing pollution. Smart grids are designed to localize production of energy right down to the level of individual households, and to automatically conserve power in response to certain events.

Studies have predicted that the use of smart grids could reduce carbon emissions by almost 60%!

It is extremely difficult to combat the problem of pollution without first being able to correctly measure it. While some forms of pollution (such as visible smoke) are obvious to the eye, other forms can be harder to detect. Environmental sensors date back to the 1980s and are used to monitor the quality of air or water and to detect any changes.

Environmental sensor technology has hugely advanced in the intervening decades, and now can capture and store date extremely accurately. Networked sensors, when combined with AI, can even respond in real-time and share information with other sensors on the network. When used as part of smart grids or alongside carbon capture technology, networked environmental sensors could potentially be a valuable aid for environmental protection.

As well as reducing carbon emissions, there is also technology being developed that can capture the carbon that is already in the air! Technologies known as CCS (Carbon Capture and Storage) solutions are rapidly developing and are predicted to play a vital role in reversing some of the damage of greenhouse gases and preventing further emissions.

CCS technology can extract CO2 from the atmosphere or direct from the emitting source and redirect it via pipes so that it is stored back in the ground.

Nuclear fusion may sound pretty dangerous and environmentally unfriendly; however, it may also play a huge role in creating sustainable energy. The successful deployment of nuclear fusion (not to be confused with nuclear fission, which produces harmful radioactive waste) could offer us the chance to implement energy that produces no carbon emissions at all!