Voicemails can be useful timesavers, but they can also have the opposite effect if you’re forced to listen to a large number of unimportant or spam voice messages one by one because you don’t have a capable voicemail app installed on your devices. Don’t know which voicemail apps for Android are the best? Read on for our top recommendations.

How to Choose a Great Voicemail App

There are several factors that separate the best voicemail apps for Android from those that don’t deserve to be recommended:

Now that you know the factors on how to choose a great voicemail app, we can take a look at the best options that are available in 2022. 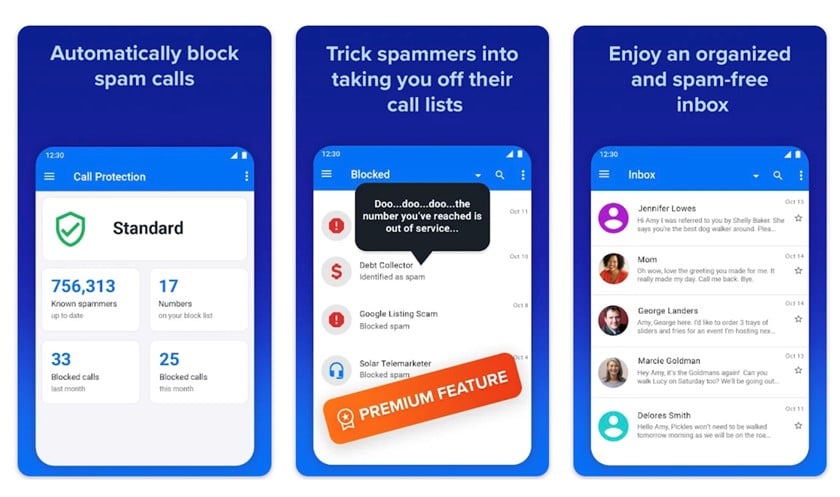 You can think of YouMail as a Swiss Army knife for those who receive a lot of voicemails. The app works with many popular post-paid plans including those from AT&T, Sprint, T-Mobile, Verizon, and StraightTalk.

When activated, it can automatically block the spam calls and even trick the spammers by playing, for example, an out-of-service message. Legitimate callers can be impressed with custom greetings, and their voice messages can be converted to text or email.

It doesn’t cost anything to get started with YouMail, but some of the best features are locked and available only to those with a subscription plan, with prices starting at $5.99 a month for personal use and $14.99 a month for professional use. 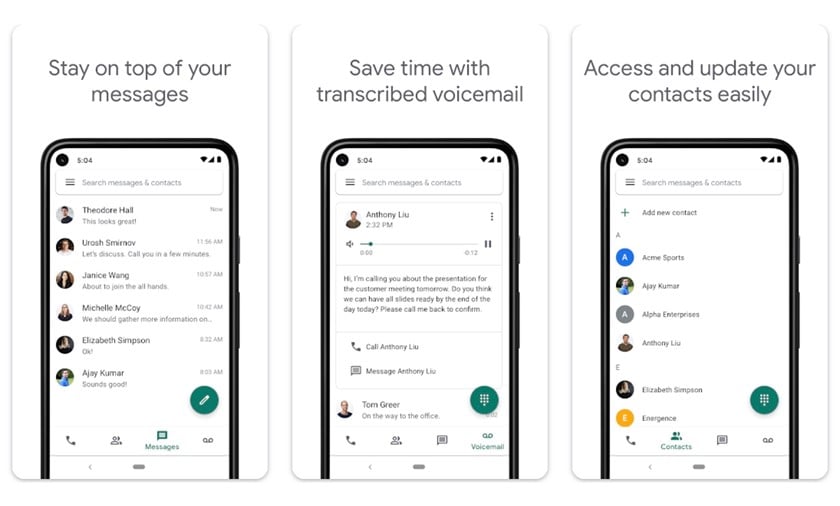 Google Voice is a telephone service provided by Google. The service works with personal Google Accounts in the United States and Google Workspace accounts in several select markets. Because Google Voice is a VoIP service, there’s no SIM card to worry about but plenty of extra features to enjoy.

The features which are supported by Google Voice include voicemail transcripts, conditional forwarding, and voice message backup. If you ever find yourself in a situation where you can’t access your phone and the Google Voice app, you can simply use the web version and do everything from there. 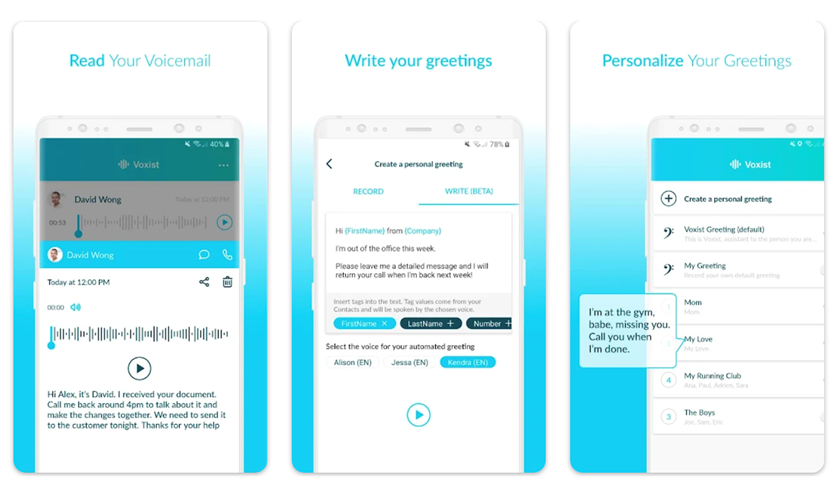 Voxist is a premium voicemail app for Android that’s perfect for those who would like to enjoy a better user experience and more features than what their carrier provides. It supports customized greetings, voicemail transcriptions, alerts and notifications, and more.

One feature we particularly like is the option to have the Voxist automatically send the received voicemail as email. Since you can add as many email accounts as you want, it becomes very easy to distribute the voicemail to your work colleagues. 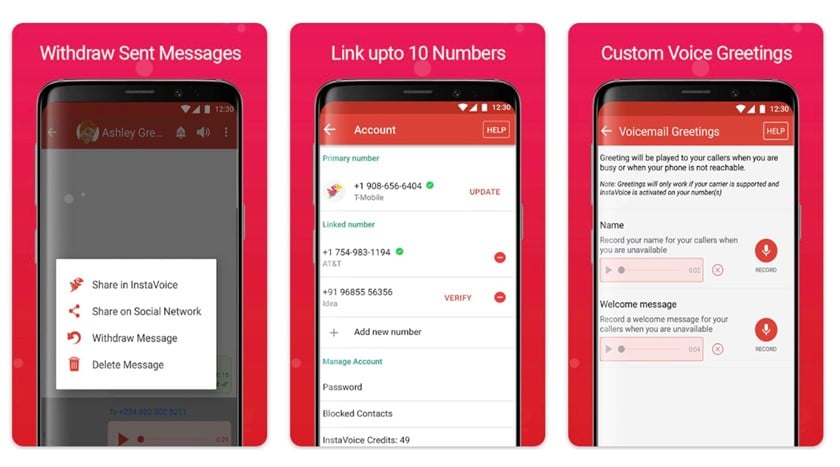 InstaVoice provides cloud storage for voice messages which are sent to up to 10 different numbers. You can create custom greetings for different situations, have the service transcribe your messages, and enjoy the convenience of its beautifully designed user interface.

The app has received some negative reviews from the users who experienced difficulties during its setup and deactivation. The good news is that InstaVoice’s customer support staff have always responded to them promptly. 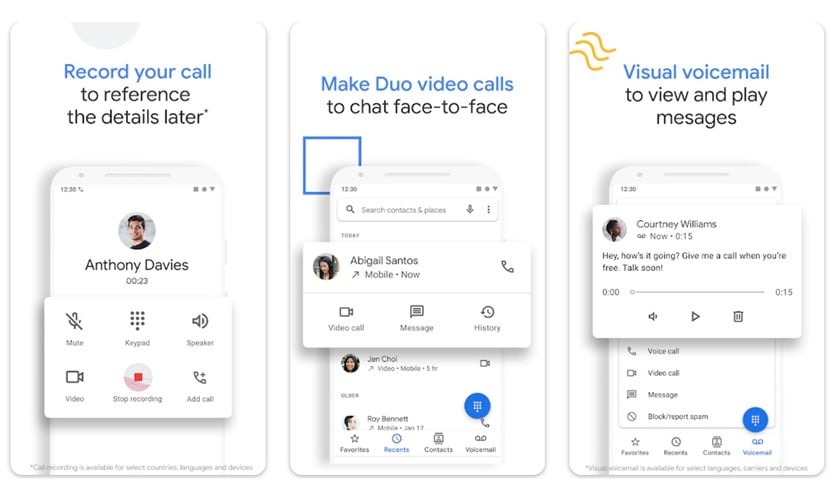 One of the best voicemail apps for Android in 2022 is likely already installed on your device because it’s developed by Google and is pre-installed on all Pixel smartphones such as the newly released Google Pixel 7 and 7 Pro.

You can use the app to view and play the messages visually by switching to the Voicemail tab. It can also screen your calls to protect you against spam (if you live in the United States).

Many carriers provide their own visual voicemail Android apps, and some of them are actually quite good:

If you’re using a different carrier, we recommend you to search the Play Store to see if it has its own app.

As an Android user, you can choose from multiple excellent voicemail apps, each offering a slightly different set of features. We recommend you to try out a few of our top recommendations. That way, you will be able to quickly decide which one best meets your needs.