The “IRQL_UNEXPECTED_VALUE” is a harmful blue screen error that crashes the PC and forces it to restart unexpectedly from time to time, thereby losing vital data or information. This particular error is faced during the shutdown and startup processes. More specifically, it can be encountered due to outdated drivers, corrupted files, and faulty hardware, etc.

This article will discuss the approaches to resolving the IRQL_UNEXPECTED_VALUE error in Windows 10.

To resolve the “IRQL_UNEXPECTED_VALUE” error on Windows 10, consider the following fixes:

The outdated device driver can result in encountering the “IRQL_UNEXPECTED_VALUE” error. For updating the driver, go through the below-given steps.

First of all, press the “Windows + X” shortcut keys and navigate to the Device Manager:

Here, right-click on the highlighted driver under the “Disk drives” option and select “Update driver”:

Lastly, opt for the highlighted option to update the selected driver: 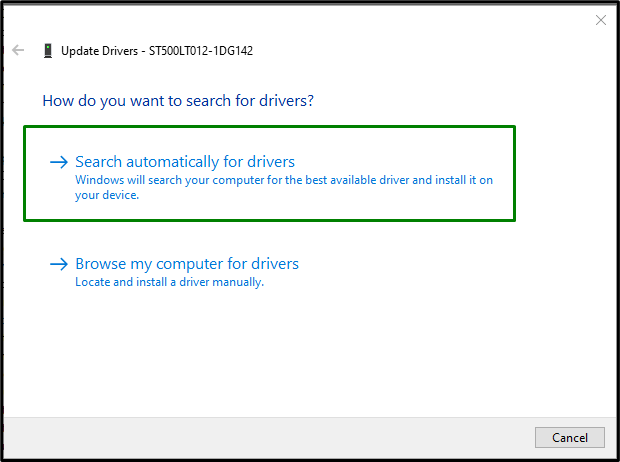 Upon doing so, verify if the encountered issue is streamlined now.

The SFC, generally known as “System File Checker”, searches for corrupted files and fixes them after performing a scan. To execute this scan, apply the following steps.

Run/Execute the Command Prompt being an “administrator”: 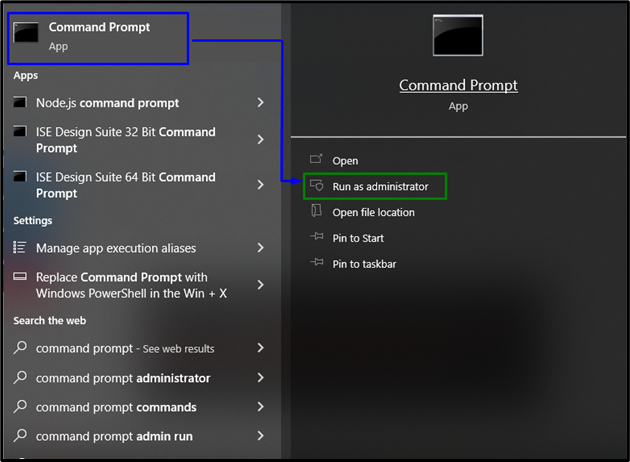 Type the following command to initiate the system scan so that it can find out and fix the corrupted files:

DISM scan resolves the health issues with the system. Moreover, it searches for corrupt or broken files and fixes them. Executing the “DISM” scan is also useful for users facing limitations with the SFC scan. For doing so, first of all, check the “status” of the system image’s health:

The next step is to perform a scan upon the system image’s health:

Lastly, restore the system image’s health via the below-given command:

After entering all the commands, restart the PC and check if the “IRQL_UNEXPECTED_VALUE” error in Windows 10 is resolved.

The outdated Windows can also result in facing the “IRQL_UNEXPECTED_VALUE” error faced in Windows 10. Therefore, updating Windows can resolve this issue, which can be carried out by following the below-enlisted steps. 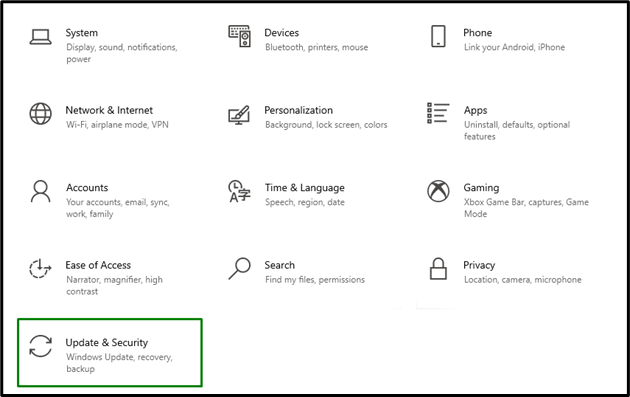 In the below pop-up window, hit the “Check for updates” button:

After doing so, the following window will appear that will check for the updates and install them:

If the Windows are updated and the stated error is still there, move on to the next fix.

Third-party antiviruses are of great aid in prompting the user of the contained malware and broken files. But these applications can become a bottleneck in some aspects and cause the stated error to occur. Hence, uninstalling third-party programs can result in getting rid of the error.

Let’s proceed to the below-given steps to do so.

First of all, navigate to “Settings->Apps”: 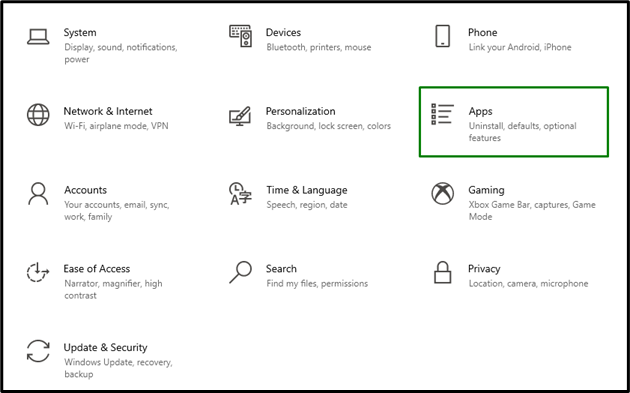 Locate the installed antivirus program and uninstall it by hitting the “Uninstall” button. In our scenario, we will uninstall the selected “Avast Free Antivirus”:

After the antivirus has been removed from the system, observe if the error disappears. If it is not the scenario, apply the next fix.

To make this approach come into effect, consider the following steps.

Enter “msconfig” in the Run box to navigate to the “System Configuration” window: 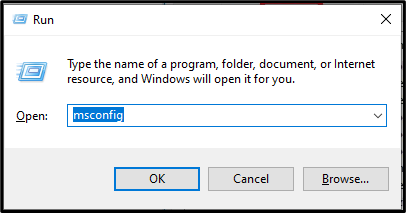 After that, switch to the “Services” tab. Here, mark the unmarked “Hide all Microsoft services” checkbox and hit the “Disable all” button: 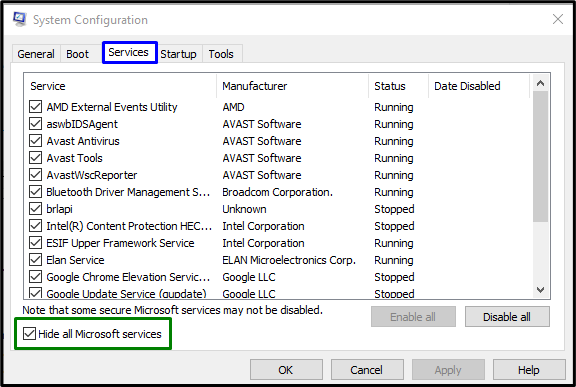 Now, navigate to the “Startup” tab and hit the “Open Task Manager” link: 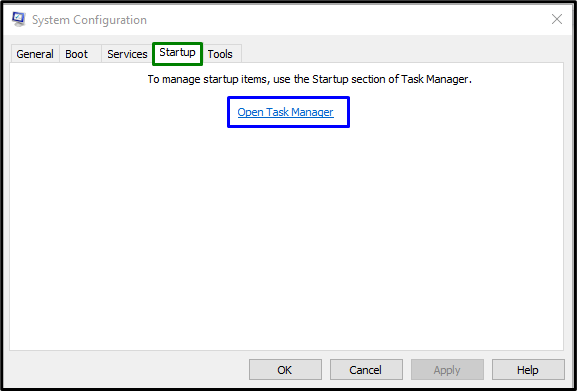 In the below window, disable the applications that are enabled step by step: 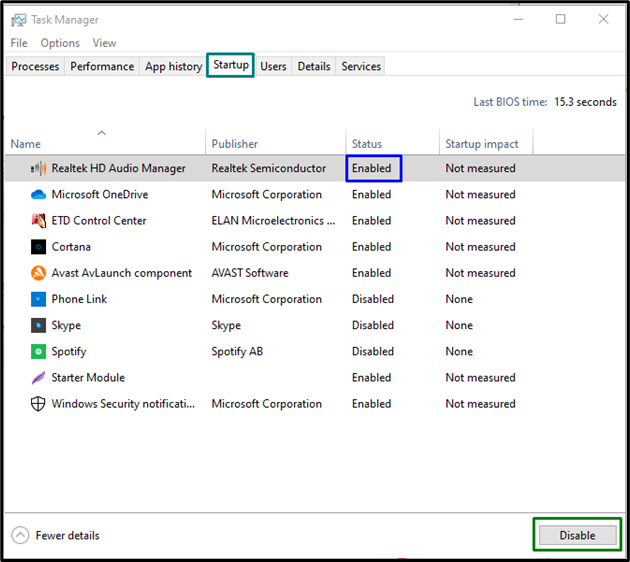 Restart the PC and see if the faced issue is streamlined. If not, consider further fixes.

Starting the PC in “Safe Mode” also assists in troubleshooting various problems. Hence, it might resolve the stated issue. To carry out this approach, simply navigate to the “Recovery” section in the “Update & Security” settings and click the “Restart now” button to restart the PC: 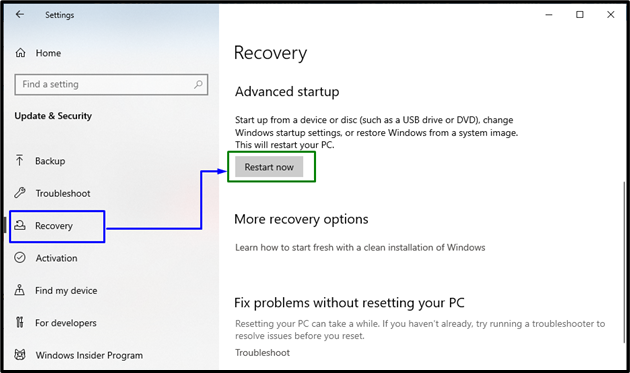 After the system restarts, a list will appear on the screen. From the list, opt for “Safe Mode with Networking” and see if this approach worked out.