This post will explain the process of running the BAT file from PowerShell.

How to Safely Run a BAT File From the PowerShell Script?

In order to run the BAT file in PowerShell, check out the provided instructions.

First, let’s create a “BAT” file. To do so, open “Notepad” from the Start menu and write the given script in it: 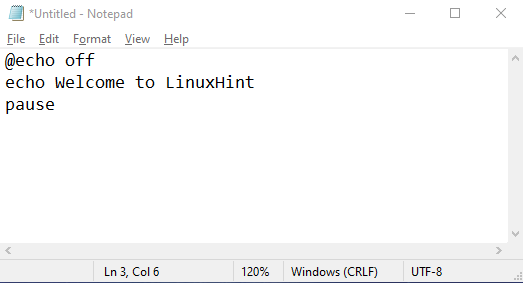 Now, save the script by clicking on the “File” menu and then trigger the “Save” button: 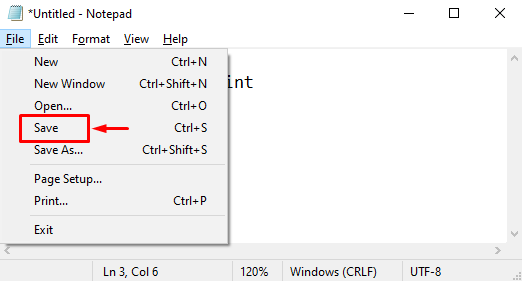 Write the desired file name and make sure to save the file “.bat” extension at the end: 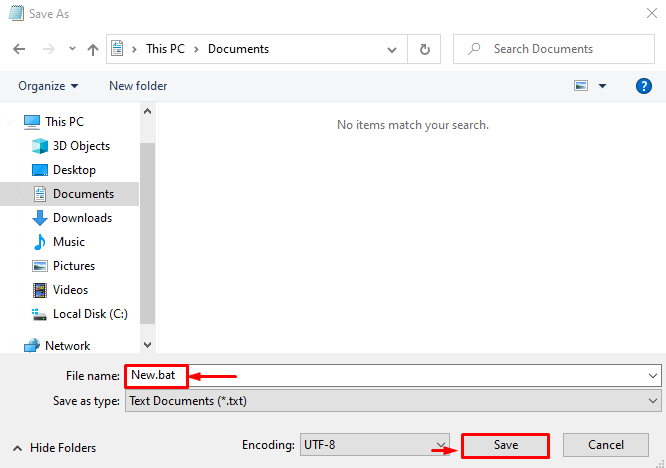 Run the “BAT” from the “PowerShell ISE” program. For that reason, write the call operator “&” and then specify its file path within inverted commas:

Run the created script by clicking on the highlighted icon:

As you can see from the output that the “BAT” file has been executed successfully.