The MacBooks are known for their slim design, best performance, and high durability. Being a machine, the MacBook can also face issues sometimes, fan noise is one of them. Fan noise can be disturbing especially in a quiet environment. Want to get rid of this situation? Well, this article will help you.

Purpose of Fans/Cooling System of MacBook?

Fans are installed in laptops to maintain the optimal temperature of the laptop. When the laptop gets heated up, the cooling fans will extract the heat out of the laptop through the vents. As far as the MacBook’s cooling system is concerned, it is considered to be more efficient than other laptops in the market. There is a single fan on average in a MacBook, but it depends on its specifications.

Why Does the MacBook’s Fan Seem Too Noisy

Well, the MacBook can be a bit noisy sometimes due to following reasons:

The air vents are blocked with dust or some residue that can cause hindrance to heat flow, and it gets stuck in the fan, too, making the fan sound noisy.

There are some apps or multiple tabs opened in the background consuming a large chuck of CPU resources which causes the MacBook to heat up a lot making the fan sounds loud.

There can be an issue with the cooling fans of the MacBook, as they might have gotten damaged. Fans get damaged either due to excessive dirt, electrical short in the wiring or due to damage. So there is a possibility that your fan might be damaged making it louder.

SMC is the system management controller, and it manages the important components of your MacBook. The SMC settings of your MacBook are set on default and may be out, which can make the fan sound loud.

If the CPU of your MacBook is consuming too much power due to load, then it can create heating issues that will result in a louder fan noise.

Viruses in MacBook tend to lower its performance as they consume a big chunk of MacBook resources which not only results in slowing down it but also causes it to heat up which eventually leads to louder fans that run continuously.

How to Fix MacBook Fan Noise

If the fan of your MacBook is so loud, then you can try these potential solutions to fix it:

Restarting the MacBook can result in solutions to many problems you are facing while using the MacBook, and it can also resolve the loud-sounding fan.

Do clean out the air vents that have been blocked, and that can also make the MacBook’s fan normal.

If there is no space left in the MacBook or it is running low on disk space, then try cleaning up some memory by deleting unnecessary files or applications as it can solve the aggressive-sounding MacBook fan.

Try closing the high-power-consuming applications in the background to restore the fan to optimal condition and for follow the subsequent steps:

Step 1: Look for the Activity Monitor and open it: 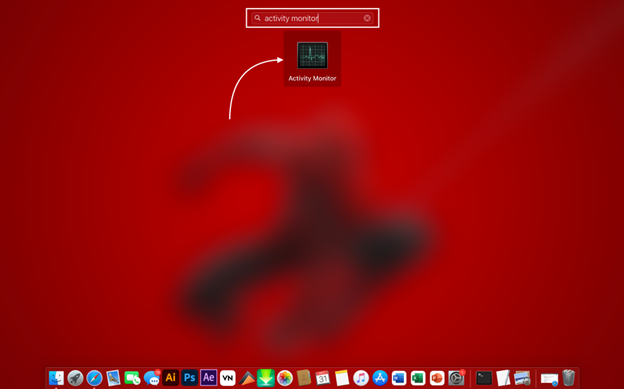 Step 2: Open it and check the currently running programs on the MacBook.

Step 3: Tap on the CPU tab and analyze which app is taking up more resources. 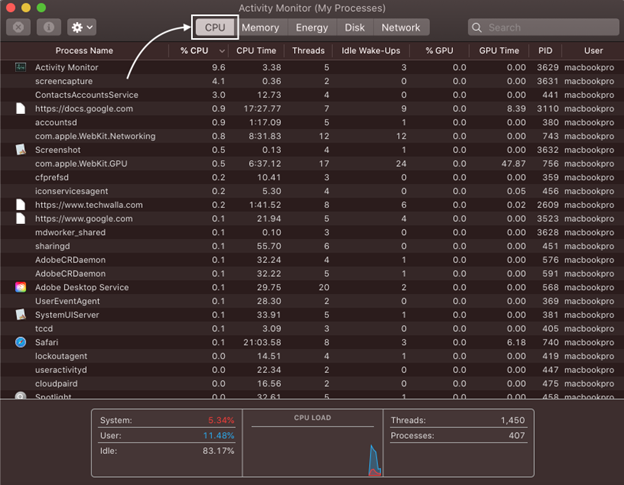 Step 4: Select the application that is consuming more resources and then click on the Quit button: 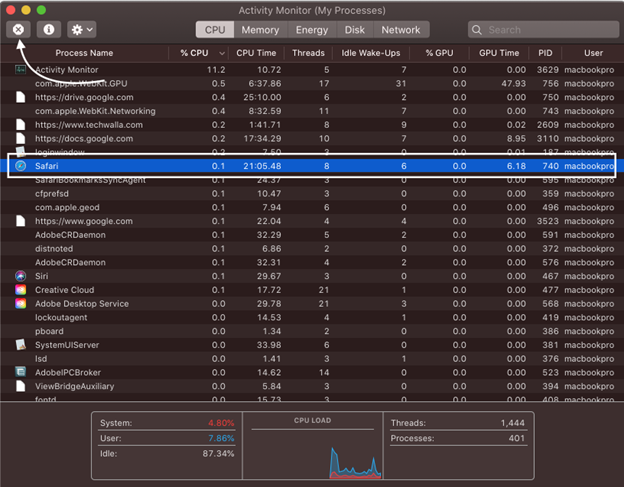 Another solution for resolving the loud fan issue is resetting the SMC settings of your MacBook.

For MacBook without T2 chip

If your MacBook is older than 2018 then it would not have T2 security chip and to reset its SMC. Press the power button of the MacBook and hold the Shift + Control + Option + Power key and release the key after 10 seconds the SMC is reset.

The above-mentioned method is for resetting the SMC for older models than 2018.

For MacBook with T2 chip

If you have a MacBook that is equipped with T2 security chip and has a manufacturer year of 2018 or latest then to reset its SMC, press and hold its power button for 10 seconds after shutting it down, next wait for some time and turn on your MacBook by pressing the power button.

Although the MacBook is perfect in many ways, it can also face some issues like other machines. It may get heated up sometimes due to the reasons mentioned above, or the fan gets too louder than usual. Simply follow the fixes mentioned in this guide to get rid of the noisy fan.