Pandas New Column Based on Another Column

This article will illustrate two methods that you can use to create a new column based on the value of another column within a Pandas DataFrame.

In this tutorial, we will use an example DataFrame as shown below: 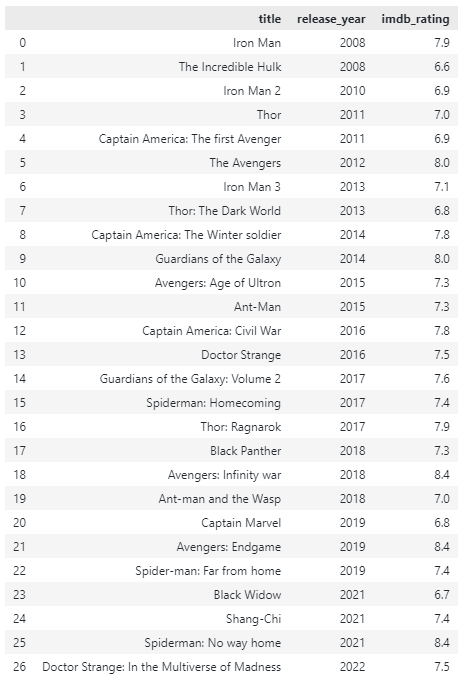 The first and most practical way of adding a new column based on another is using the Pandas apply function.

Suppose we want to return the rating of a movie as a percentage, we can do:

In the example above, we define a function that takes the current rating, divided by 10, and multiplies it by 100.

We then create a new column called ‘%_rating’ and pass the user-defined function as a parameter to the apply() function.

This should return the new DataFrame as shown: 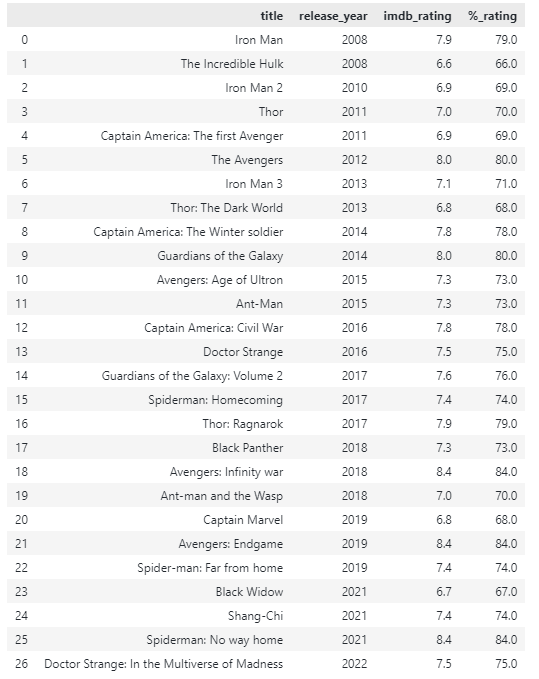 We can also create a new column using an element-wise operation instead of the apply function.

An example is illustrated below:

The code above should return: 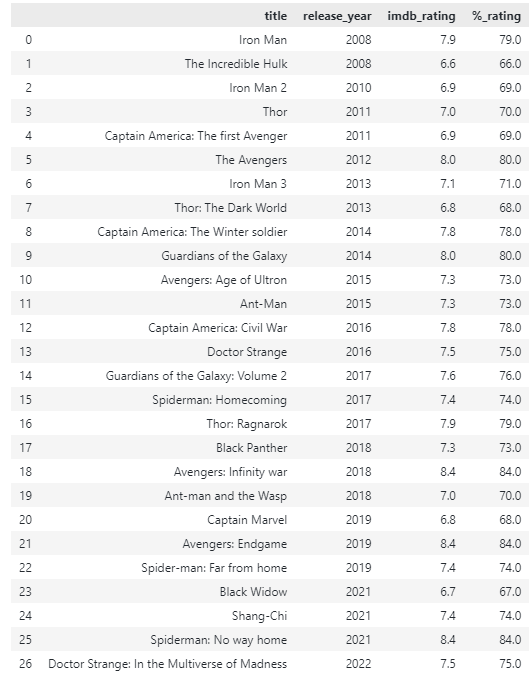 This article illustrated two main methods of creating a new column based on a value from another column in Pandas.