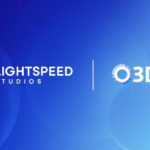 O3D community building a first-class, open-source 3D engine to advance development across gaming, the metaverse, and a variety of other applications

SAN FRANCISCO – June 15, 2022 – The Open 3D Foundation (O3DF), the home of a vibrant community focused on advancing the future of open 3D development, announces its growing ecosystem with the addition of LightSpeed Studios as a Premier member alongside Adobe, AWS, Huawei, Intel, Microsoft and Niantic.

As a Premier member, LightSpeed Studios will bring its leadership and wealth of experience in global research and development of high-quality games to help drive the development of O3DE’s specifications and initiatives. Tencent Senior Project Manager, Lanye Wang, will join the Open 3D Foundation’s Governing Board, helping shape the Foundation’s strategic direction and its stewardship of 3D visualization and simulation projects.

“We are very excited to join the Open 3D Foundation, especially for the opportunity to leverage the connection with all of the other members to dive deep into the graphic technologies and build a top-level open source 3D engine community,” said Lanye Wang, representing LightSpeed Studios. “We look forward to working with you.”

LightSpeed Studios is one of the world’s most innovative and successful game developers, with teams around the world. Founded in 2008, LightSpeed Studios has created over 50 games across multiple platforms and genres for over 4 billion registered users. Comprised of passionate players who advance the art and science of game development through great stories, great gameplay and advanced technology, LightSpeed Studios is focused on bringing next-generation experiences to gamers who want to enjoy them anywhere, anytime across multiple genres and devices.

“It has been amazing to see the rapid growth of the O3D ecosystem, and we’re elated to welcome LightSpeed Studios to our community,” said Royal O’Brien, Executive Director of Open 3D Foundation and General Manager of Games and Digital Media at the Linux Foundation. “LightSpeed Studios has achieved a strong reputation as a leading global game developer, offering high-quality gaming experiences to hundreds of millions of users worldwide, and we are excited to collaborate with them as we enhance O3DE’s capabilities for global 3D developers.”

LightSpeed Studios is one of 25 member companies since the public announcement of the Open 3D Foundation in July 2021. Other premier members include Adobe, AWS, Huawei, Intel, Microsoft and Niantic.

In May, O3DE announced its latest release, focused on performance, stability and usability enhancements. With over 1,460 code merges, this new release offers several improvements aimed to make it easier to build 3D simulations for AAA games and a range of other applications. Significant enhancements include core stability, installer validation, motion matching, user-defined property (UDP) support for the asset pipeline, and automated testing advancements. The O3D Engine community is very active, averaging up to 2 million line changes and 350-450 commits monthly from 60-100 authors across 41 repos.

Where to See the O3D Engine Next

On October 17-19, the Open 3D Foundation will host O3Dcon, its flagship conference, bringing together technology leaders, indie and independent 3D developers, and the academic community to share ideas, discuss hot topics and foster the future of 3D development across a variety of industries and disciplines. For those interested in sponsoring this event, please contact sponsorships@linuxfoundation.org.

Anyone interested in the O3D Engine is invited to get involved and connect with the community on Discord.com/invite/o3de and GitHub.com/o3de.

O3D Engine is the flagship project managed by the Open 3D (O3D) Foundation. The open-source project is a modular, cross-platform 3D engine built to power anything from AAA games to cinema-quality 3D worlds to high-fidelity simulations. The code is hosted on GitHub under the Apache 2.0 license. To learn more, please visit o3de.org.

About the Open 3D Foundation

Established in July 2021, the mission of the Open 3D Foundation (O3DF) is to make an open-source, fully-featured, high-fidelity, real-time 3D engine for building games and simulations, available to every industry. The Open 3D Foundation is home to the O3D Engine project. To learn more, please visit o3d.foundation.

About the Linux Foundation

Founded in 2000, the Linux Foundation is supported by more than 1,000 members and is the world’s leading home for collaboration on open source software, open standards, open data, and open hardware. Linux Foundation’s projects are critical to the world’s infrastructure including Linux, Kubernetes, Node.js, and more. The Linux Foundation’s methodology focuses on leveraging best practices and addressing the needs of contributors, users and solution providers to create sustainable models for open collaboration. For more information, please visit us at linuxfoundation.org.

The post LightSpeed Studios Joins the Open 3D Foundation as a Premier Member to Further the Vast Potential of the 3D Ecosystem appeared first on Linux Foundation.

The post LightSpeed Studios Joins the Open 3D Foundation as a Premier Member to Further the Vast Potential of the 3D Ecosystem appeared first on Linux.com.