In the above Java program, we have constructed the class “ExampleCase1” and introduced the main() method. In the main() method of this program, we have declared the two integer data type variables “X” and “Y” and these variables are set with the integer values. Then, we have an if-else block where we have set the condition for the variable “X” and “Y” in between the logical OR operator. The logical operator here first checks the condition for the variable “X” and returns true when the condition is satisfied. The second condition for variable “Y” is only checked when the first condition returns false. The print statement of if block will execute when one or both conditions are satisfied. The else block will execute upon the false results from the specified condition by the logical OR operator.

It is to be observed that the if block statement is executed in the output. Notice that both the conditions are not satisfied, only the variable “X” condition returns true and the if statement is printed below.

The output of the logical AND operator is displayed first. It returns one true for the first AND operator and a false for the second AND operator because both specified conditions are satisfied. Next, we have logical OR operator output which displays two true results and one false value based on the verification of the condition. 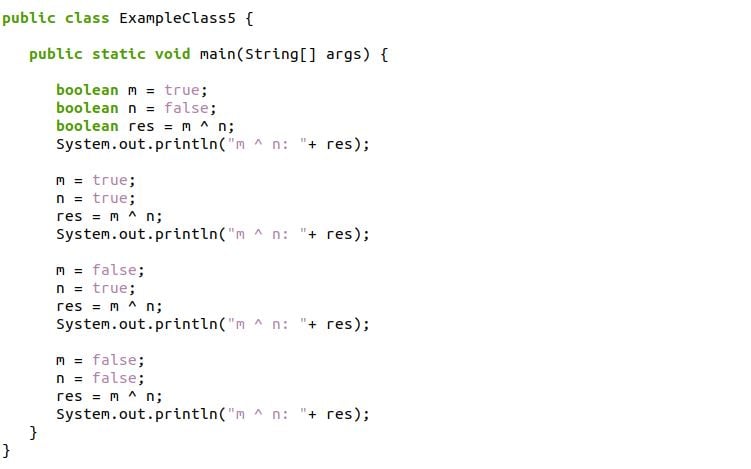 It is observed that the output values are true where the “n” is false and “m” is true. The false value is returned where the variable “m” and “n” both have true values, and both have false values.