How to Use Image Viewer on Raspberry Pi

To view your digital images and pictures, Raspberry Pi comes with a built-in Image Viewer application, which allows users to view their digital gallery, use various features like rotate, zoom in, zoom out, flip, and adjust the size of the image, and many others. This tutorial will provide a guide on how to use Image Viewer on the Raspberry Pi system.

How to Use Image Viewer on Raspberry Pi

To use Image Viewer, first you should know how to run it. You can run it both from the terminal and the desktop.

Run Image Viewer Through the Terminal

To run it through the terminal, type the below-mentioned command: 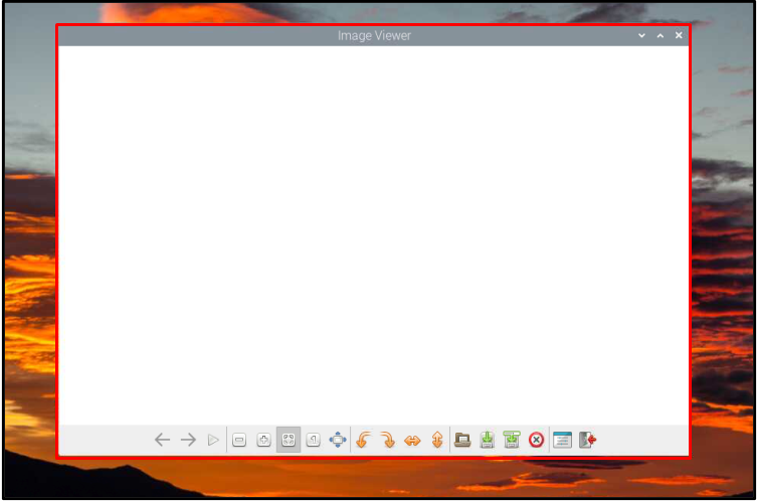 Run Image Viewer through the Desktop

To run Image Viewer from the desktop, go to the “Graphics” option from the “Application Menu” and then click on “Image Viewer” to run the application. 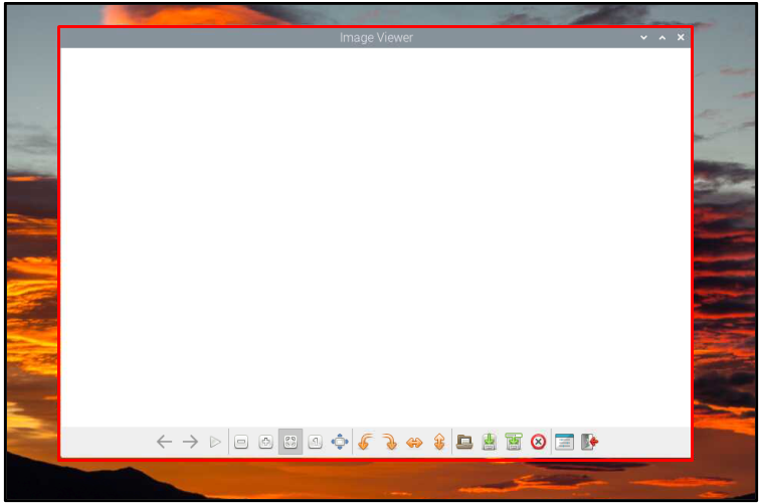 How to Use Various Options of Image Viewer

The Image Viewer has different options for performing different tasks. Let’s discuss them how you can use these options.

To open a file in the Image Viewer, click on the Open file option. 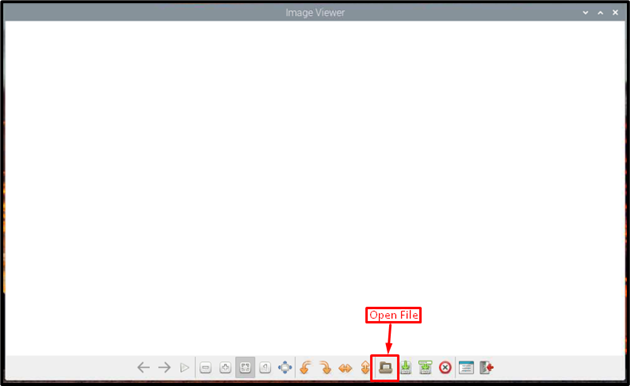 Select any image from your system directory. 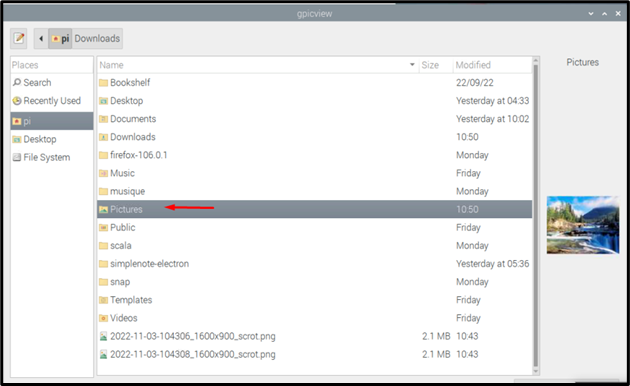 Choose your required image and click on the “Open” button or double-tap on the image to open the image. 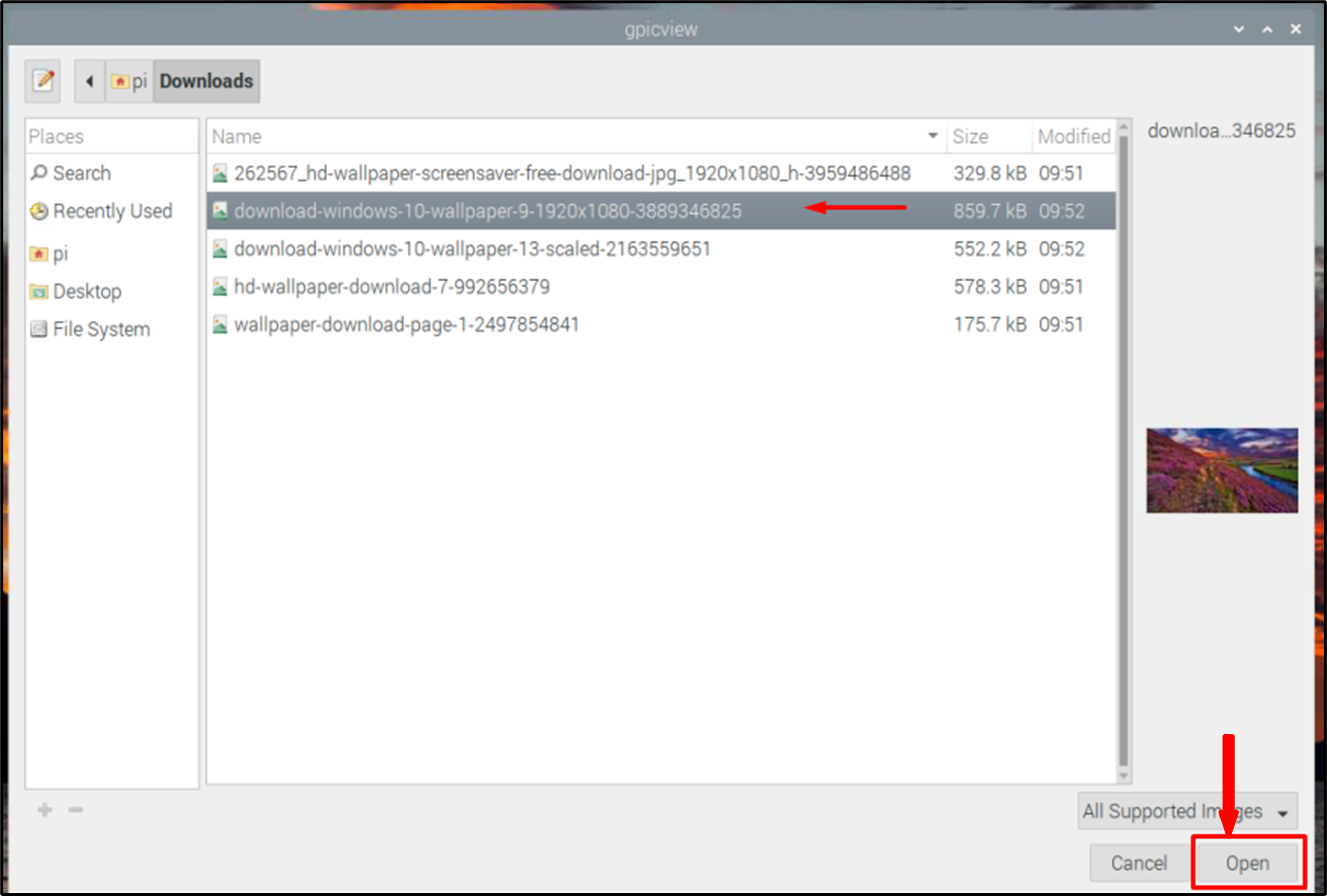 As a result, the image will appear on the screen. 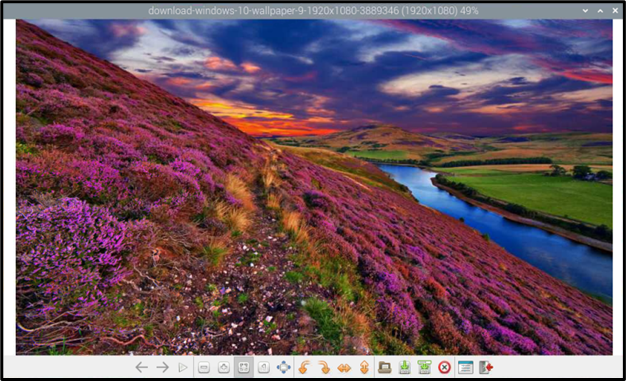 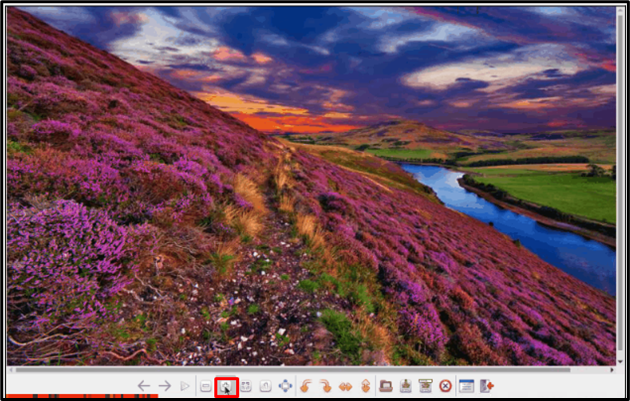 You can also zoom out the image according to your choice. The process is like the zoom in the image, however, instead of “+” button, you should select the “-” button. 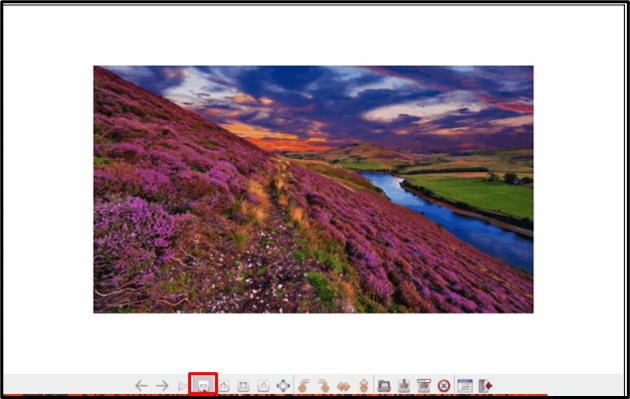 Sometimes you may feel the need to rotate your images due to the wrong orientation of an original image, so the Image Viewer has provided this image rotation facility. To rotate the image anticlockwise, click on the “Rotate Anticlockwise” button and the orientation of your image will be changed as shown in the below image. 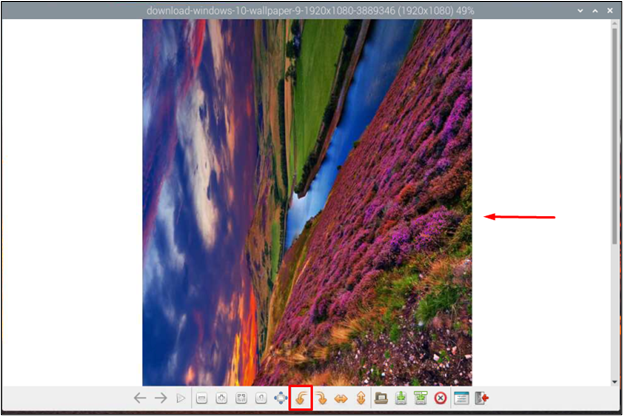 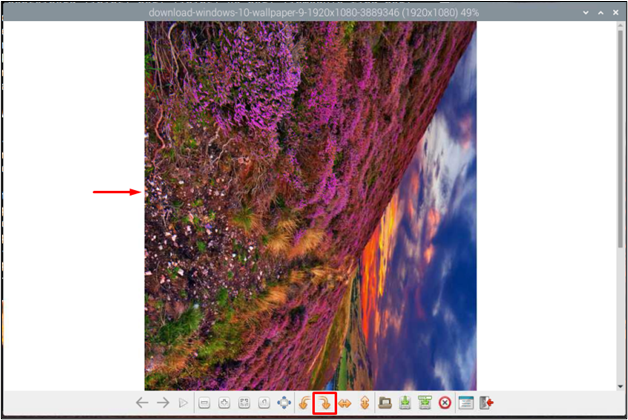 To flip an image horizontally, click on the “Flip Horizontal” button as shown in the image below: 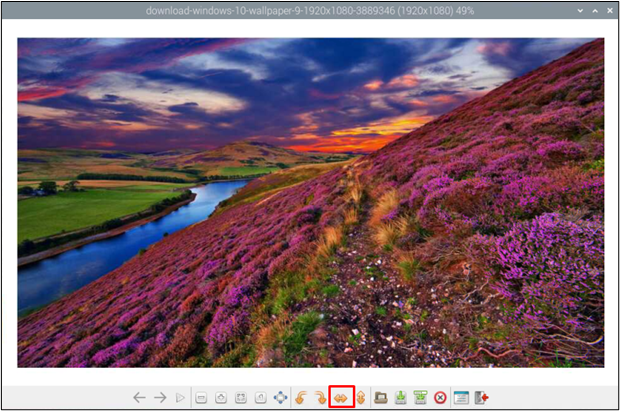 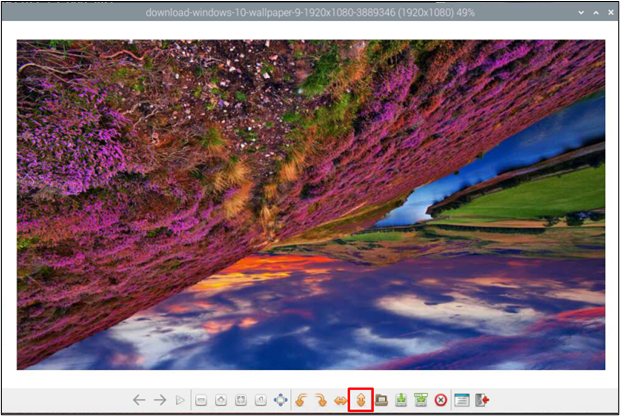 To fit image to window size, you can use the highlighted button shown in the image below:| 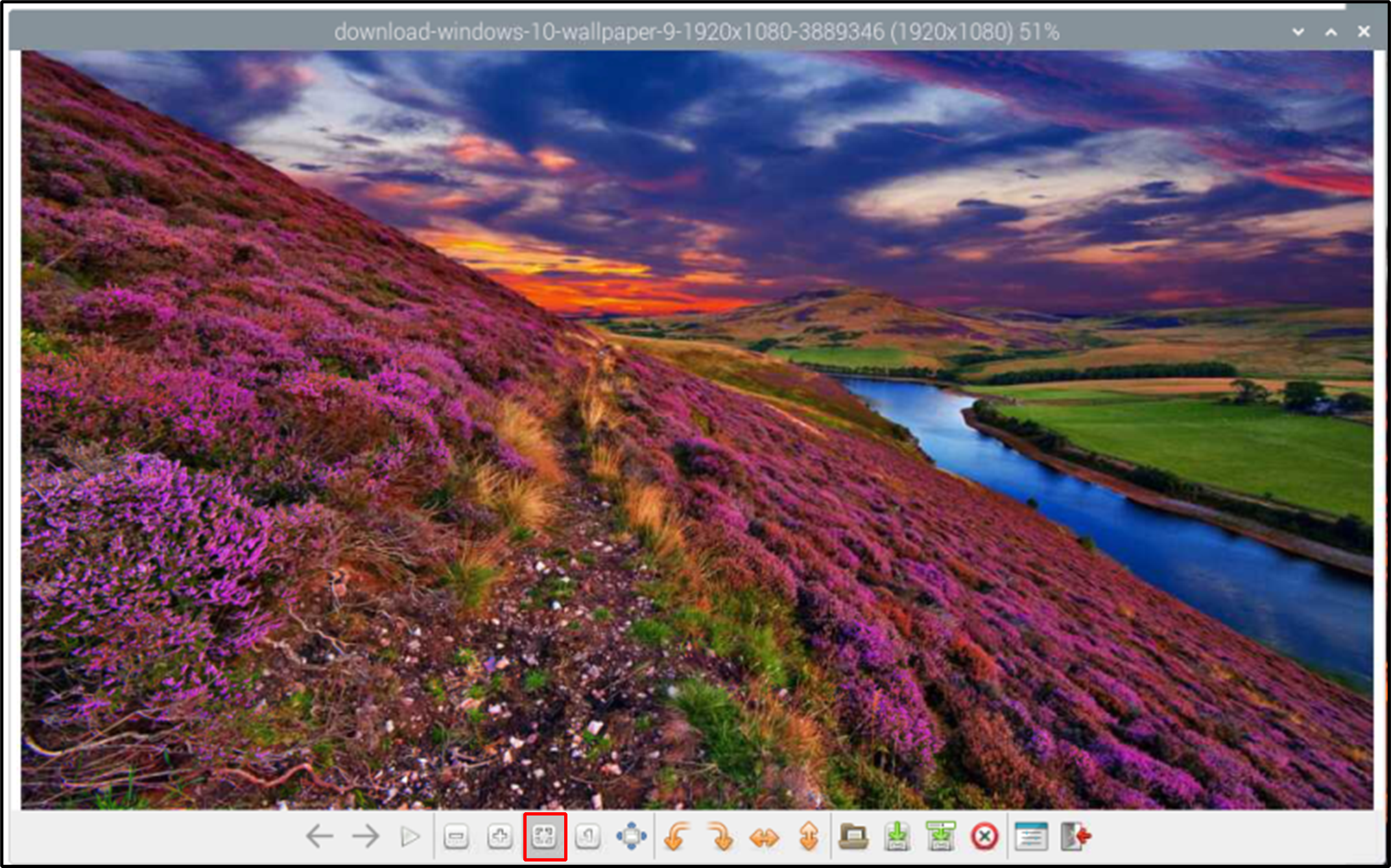 To make the image appear on the entire screen, you can click on the “Full Screen” button, as highlighted in the image below. 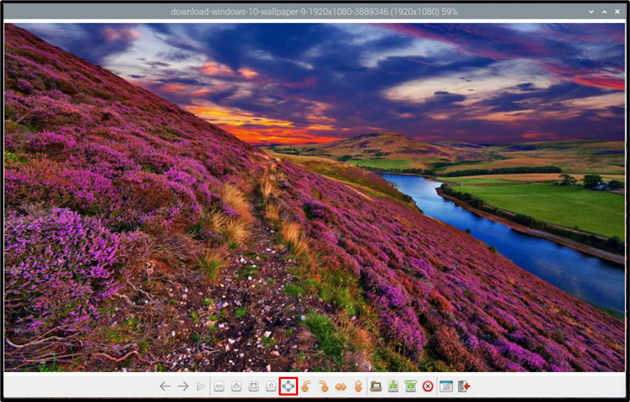 After pressing the button, your image will spread to the entire screen. However, you may experience a black color border because the original size of the image is smaller than the screen. 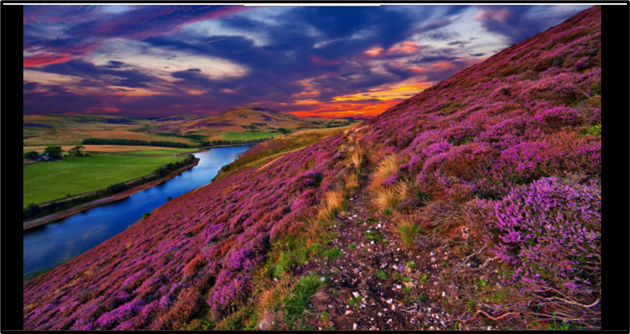 In the previous full-screen option, we have seen a black border because the original size of the image was smaller than the screen size. However, if you want to display the same image to a full desktop, without black borders, you can click on the Original Size button to resolve it. 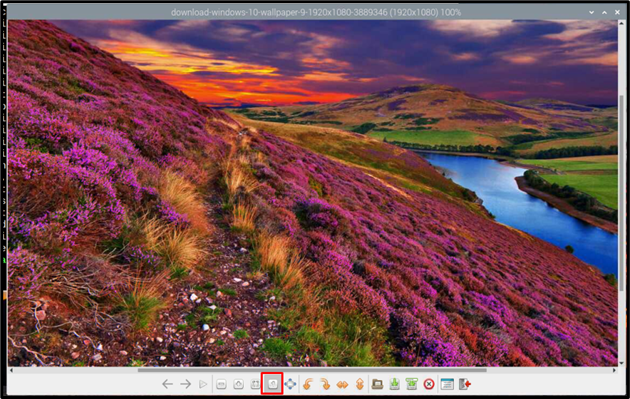 This button can be used to set the preferences of your Image Viewer according to yourself. There are multiple options which you can checkbox to automatically save the rotated image or to ask for permission before saving or deleting an image. 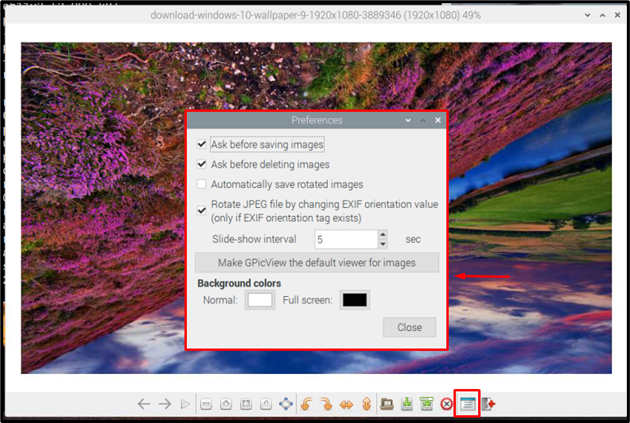 Save and Save As buttons are both used to save the images with changes that you have made. Save will automatically save the image to default directory with default name. 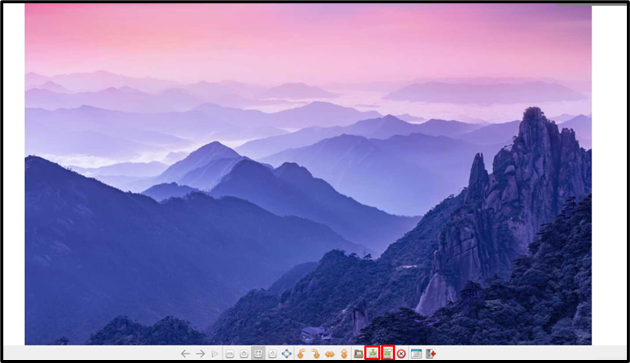 Whereas, Save as will ask you for a name and location to save the file. 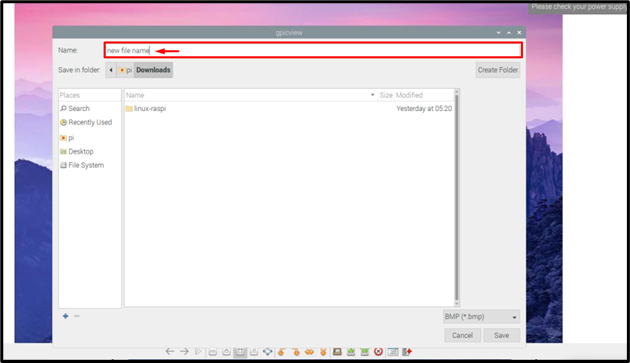 Just like any other delete option, the Delete File button in the image viewer is also used to delete the image. 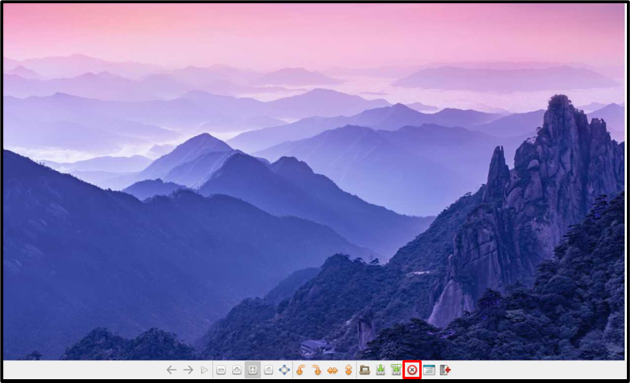 A warning dialogue box will appear on the screen after clicking on the Delete File button: 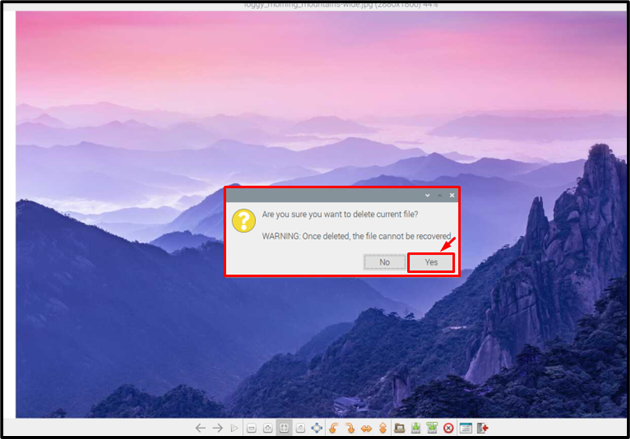 In this way you can use several options on Image Viewer and start using it on your Raspberry Pi system.

To access digital galleries and image files, a system requires an Image viewer. Luckily, the Raspberry Pi system comes with its own built-in Image Viewer, which is easy to use and can be accessed through both terminal and desktop. Image viewer provides multiple buttons that can be used to perform various tasks like rotating the image, flipping the image, zooming in, zooming out, and others.