How to Update Raspberry Pi Kernel

The Linux kernel is a bridge that allows users the freedom to communicate with the applications and underlying hardware. It handles all the operating system functionalities. Having the latest version of Kernel installed on your Raspberry Pi system may include support for the latest generation of processors and enhanced security updates to improve the device’s performance. It further adds new features to the system, improving the overall system’ performance.

This article will present you with the method to update the Kernel on your Raspberry Pi system. Follow this guide for a detailed process.

How to Update Raspberry Pi Kernel

The above command outputs the kernel version on your Raspberry Pi system and to update it you must follow the below-mentioned steps:

First you must perform a full update of your Raspberry Pi system from the following command so that any installation task you perform on your system must install the latest packages on your system. 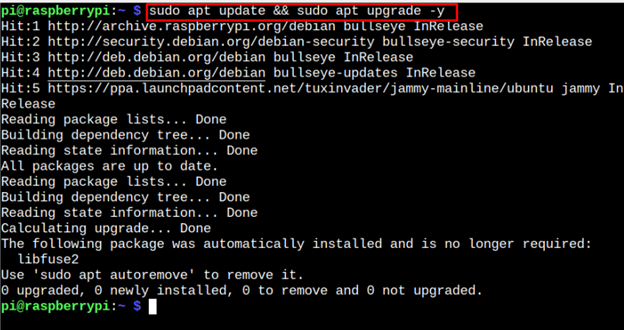 The above command updates the system packages on Raspberry Pi.

During the installation, you may see a warning that tells you not to use the rpi-update for regular processes. You should proceed with the installation by ignoring this warning using the “y” option. 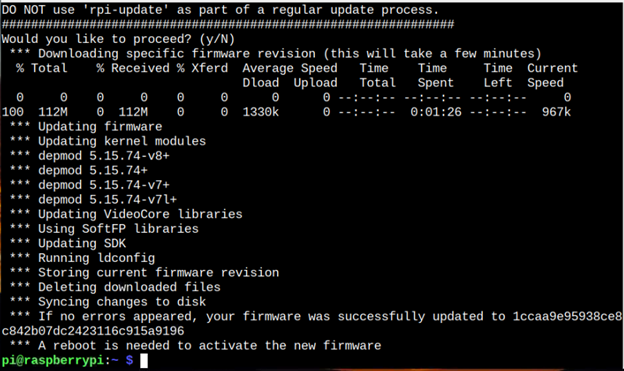 If no error occurs during the firmware update, as in my case, you must reboot the system to activate the new firmware and kernel version.

After the reboot, run the following terminal command again to confirm kernel is updated on Raspberry Pi system.

The kernel version “5.15.74” ensures that we have successfully updated the Raspberry Pi kernel and are good to start experiencing an improved system performance.