How to Uninstall Boards from Arduino IDE

Arduino is a microcontroller-based platform that includes both hardware and software (Arduino IDE) to program. Arduino is an open-source platform which means we can install multiple libraries and different board cores in it. Sometimes we need to uninstall these boards from the Arduino IDE. This article will cover all the methods one can follow to delete Arduino boards from IDE.

To do this the following are the two methods which one can follow to delete Arduino boards completely:

Uninstall Boards Using the Board Manager

Board manager is the simplest and easiest way of uninstalling boards from IDE. Follow the steps to uninstall the Arduino board. 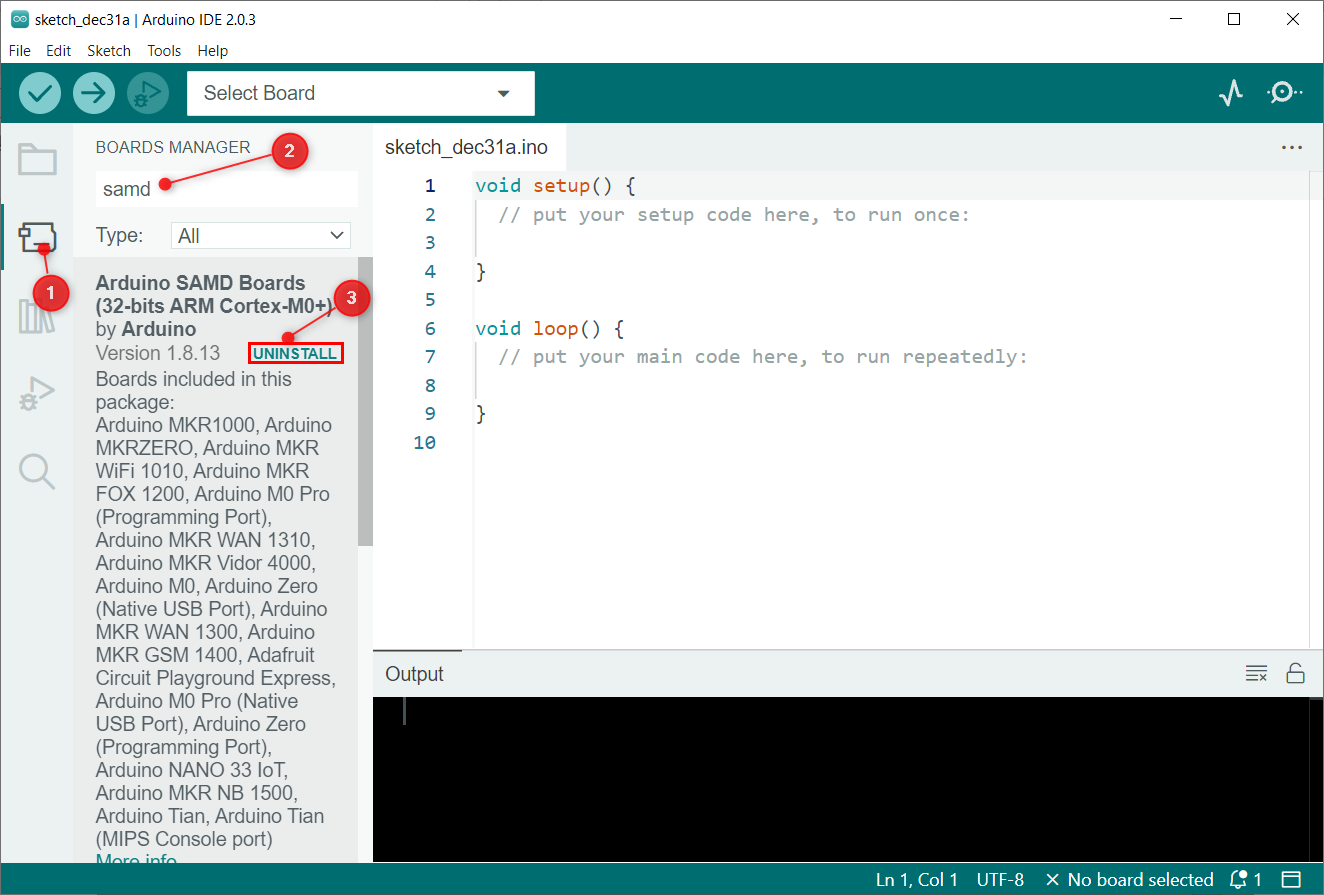 Step 2: Arduino IDE will ask for the permission. Click Yes to allow: 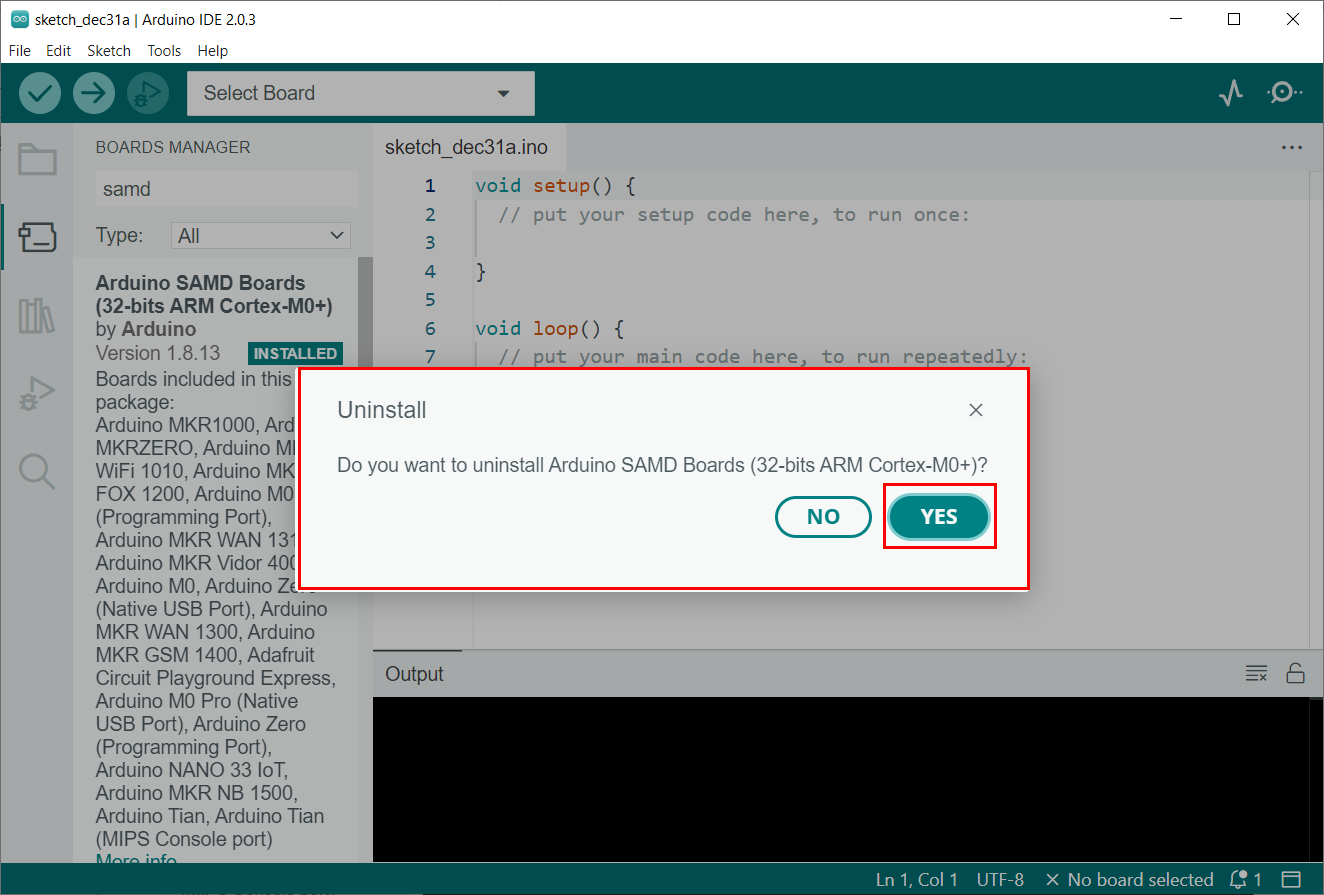 Step 3: After successful uninstallation the output terminal will display the following message: 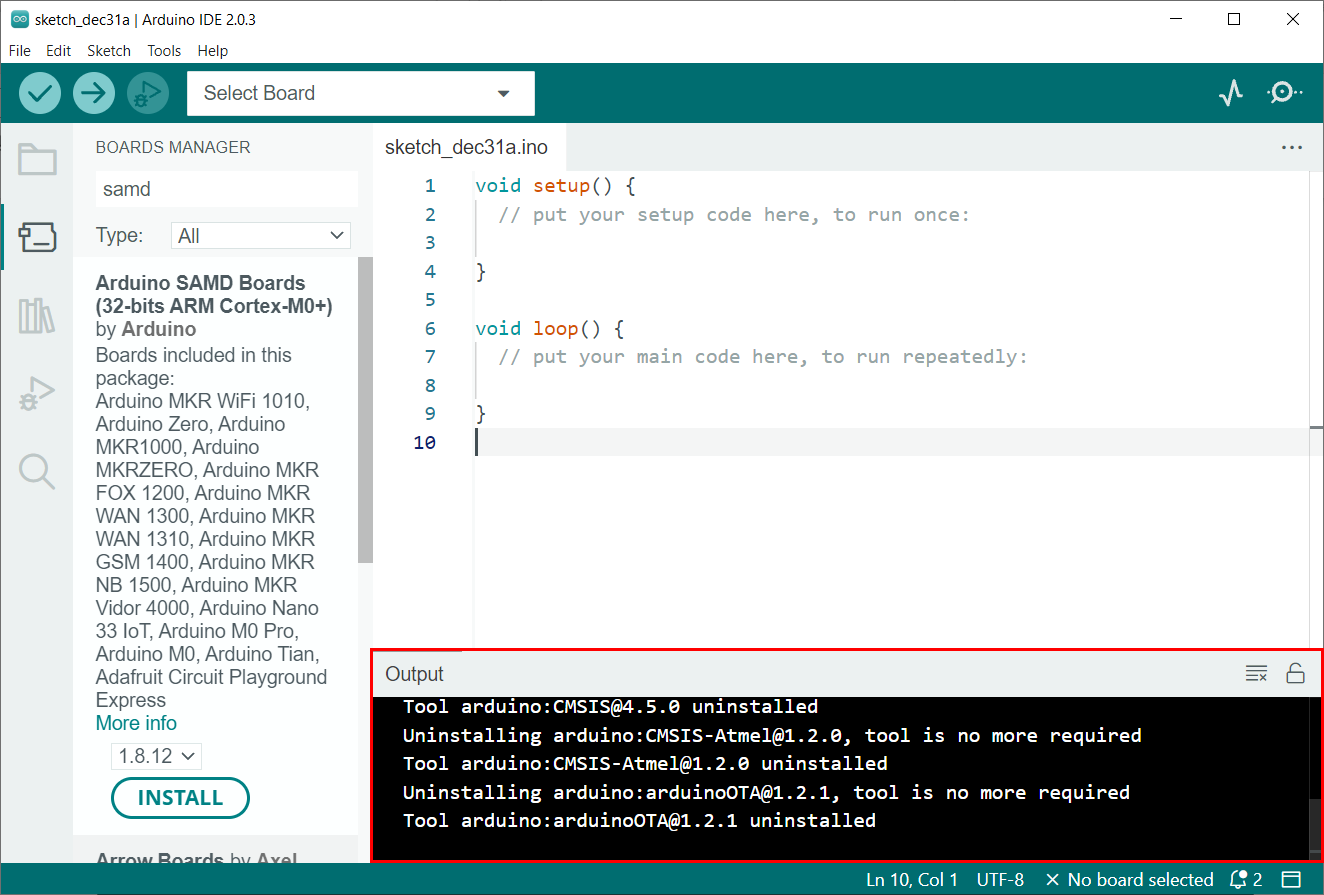 Following is the complete address of the Arduino15 folder:

Step 1: Open the file explorer on the PC. First, we have to access the AppData folder. This folder is by default hidden in the latest Windows version. To unhide this folder select View and check the Hidden items option. 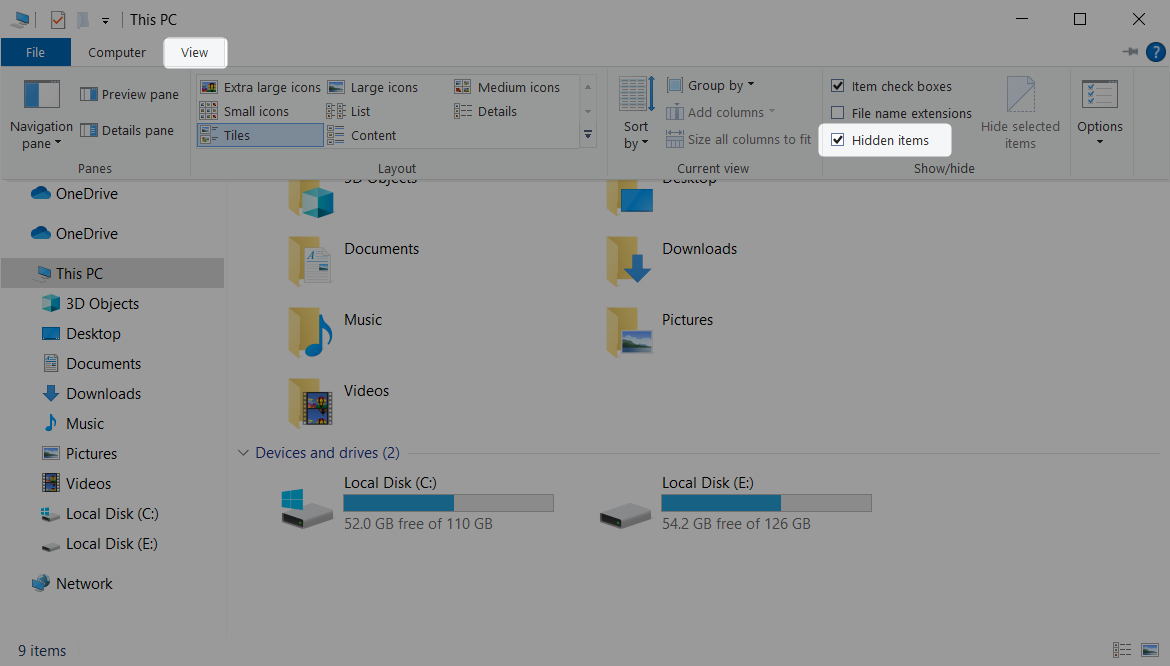 Step 2: Now open the Users folder inside the C directory: 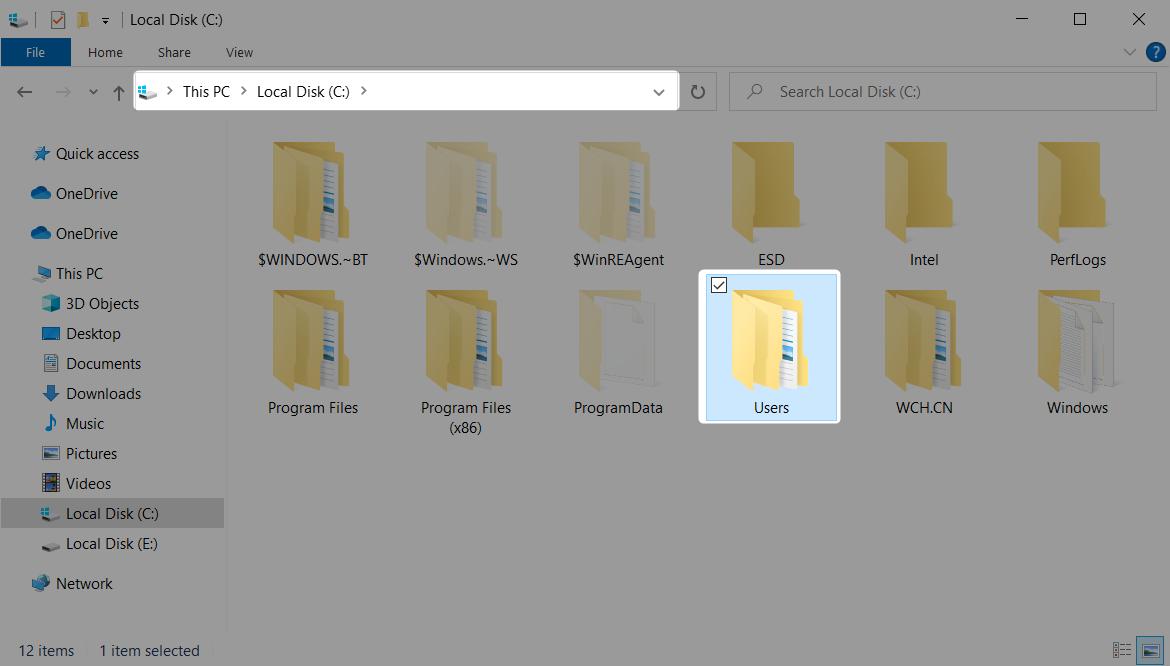 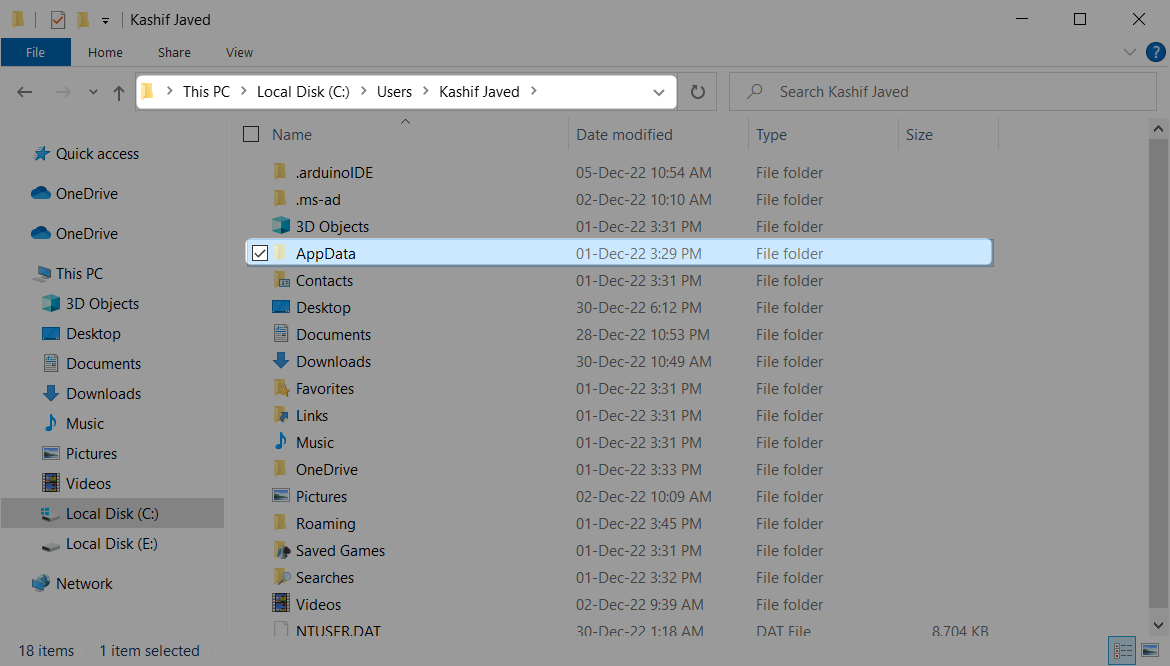 Step 4: Inside the AppData folder you will find the Local folder. Open this folder to access the Arduino15 folder. 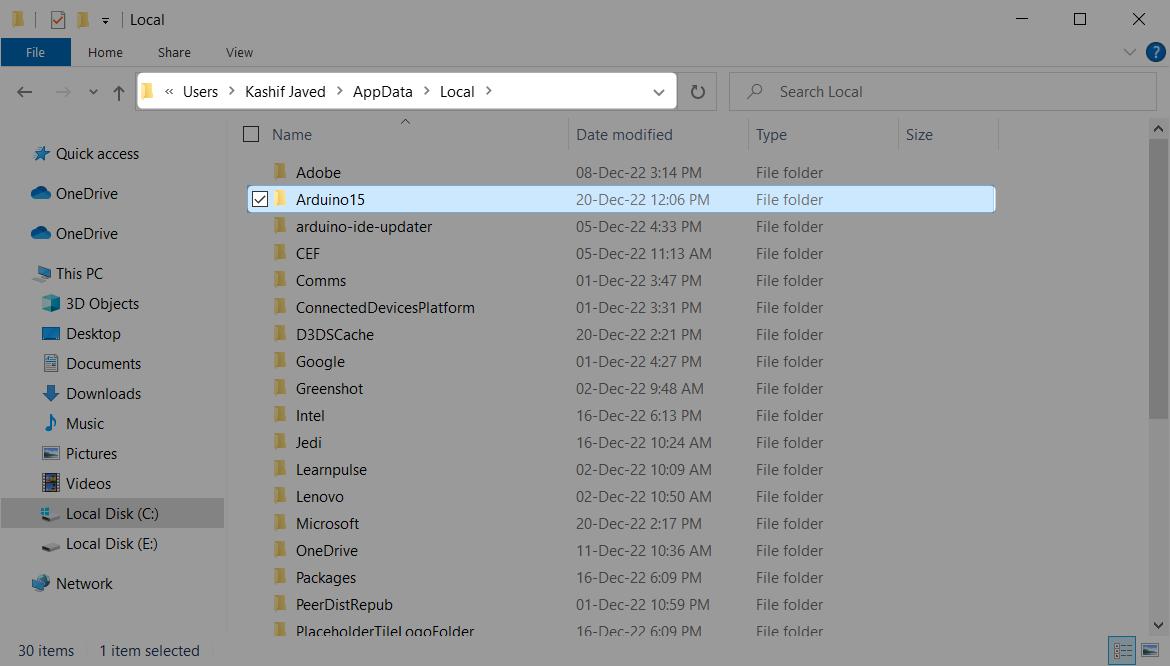 Step 5: After opening the Arduino15 folder we can see all the libraries, packages and board cores installed in Arduino IDE: 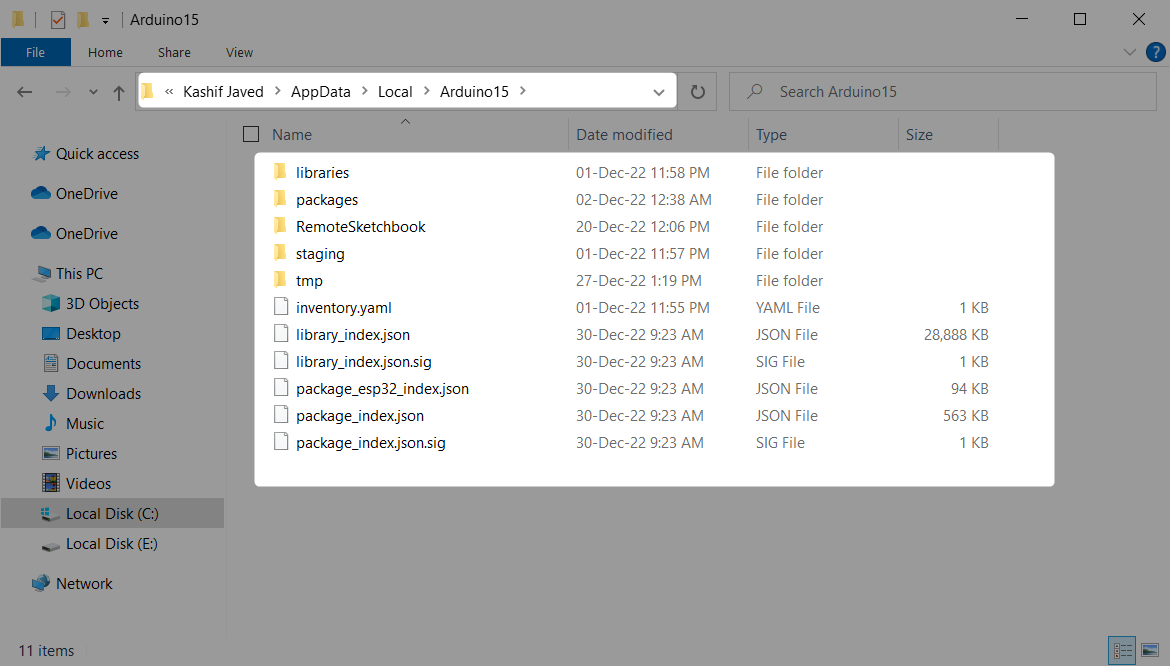 Step 6: Open the packages folder. This folder contains all board cores. For example, if we want to delete the esp32 board from the Arduino IDE. Select that folder: 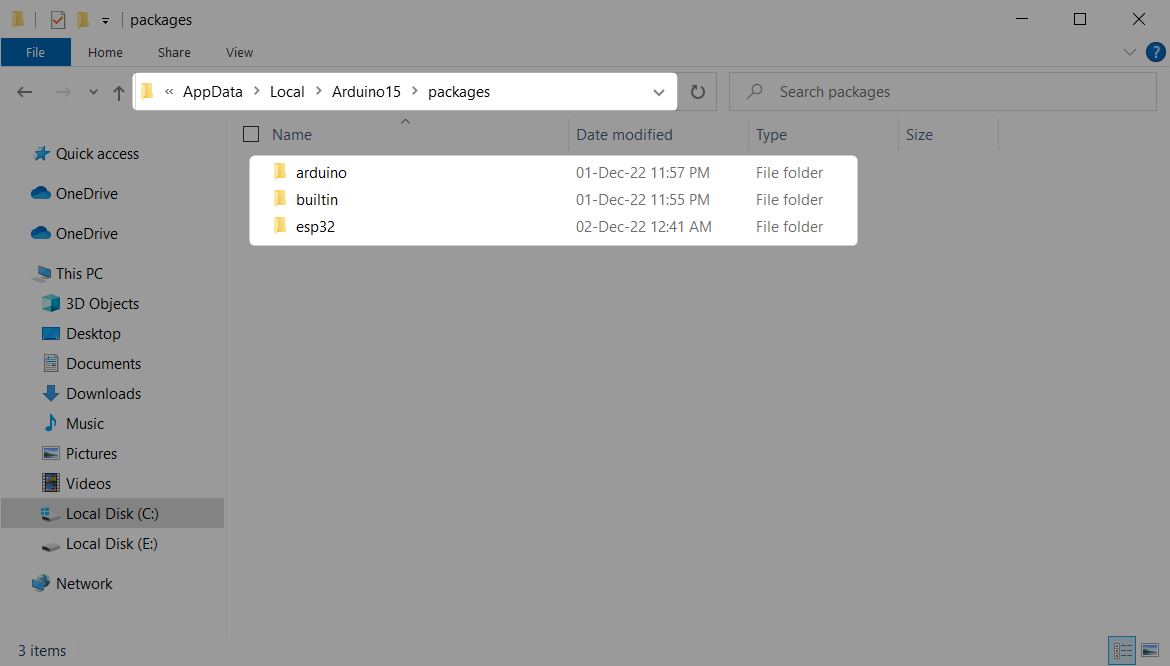 Step 7: Inside the Arduino board folder there is a new directory with hardware name: 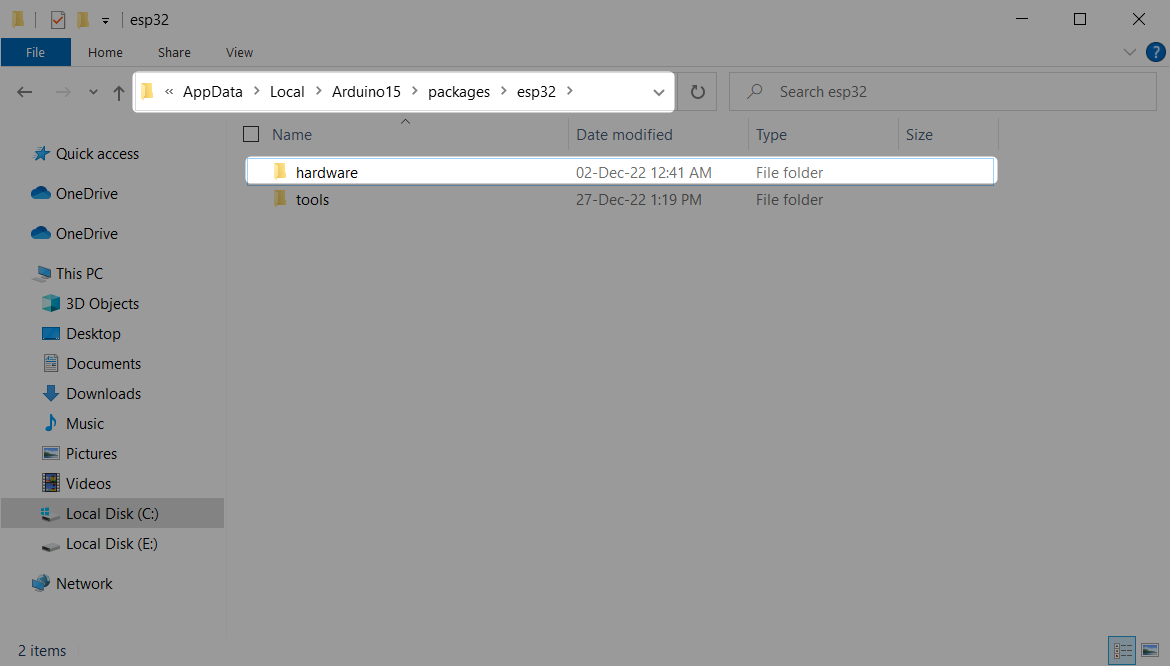 Step 8: After opening the hardware we can see all files related to the esp32 board. Delete folder containing these files to permanently remove board from Arduino IDE: 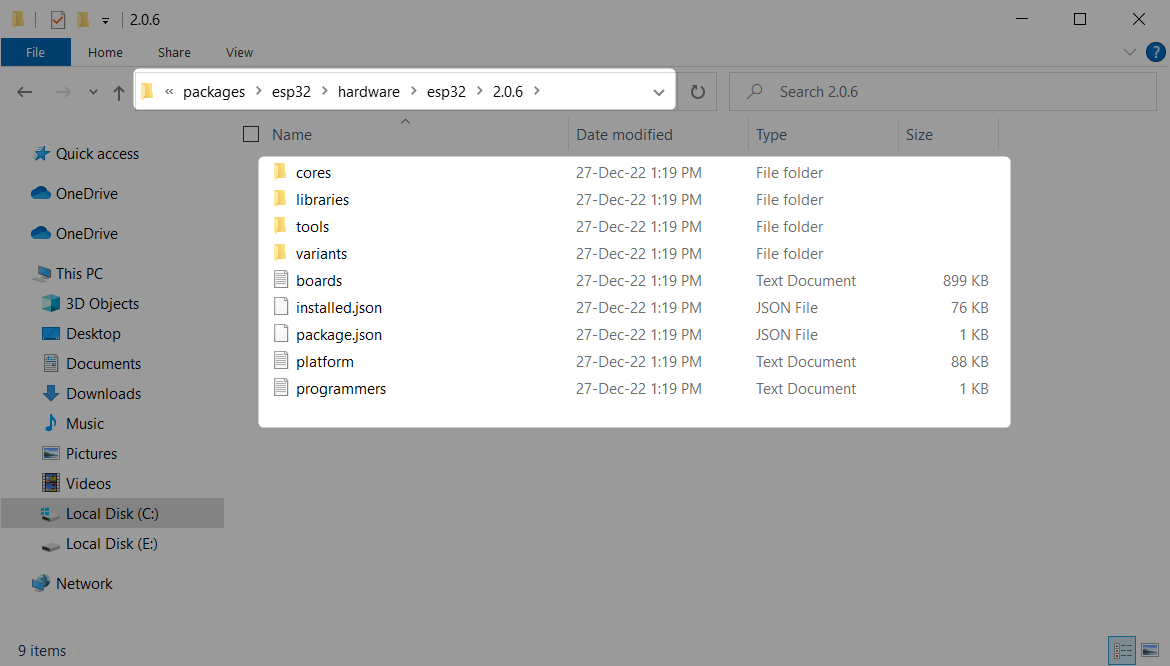 We have successfully removed Arduino board cores from IDE using the Arduino15 folder.

If you have installed the Arduino IDE from Microsoft Store then following steps will help you to access the Arduino15 folder.

Following is the complete address of the folder.

Step 1: Open the file explorer on PC and go to documents. Now select and open the ArduinoData folder: 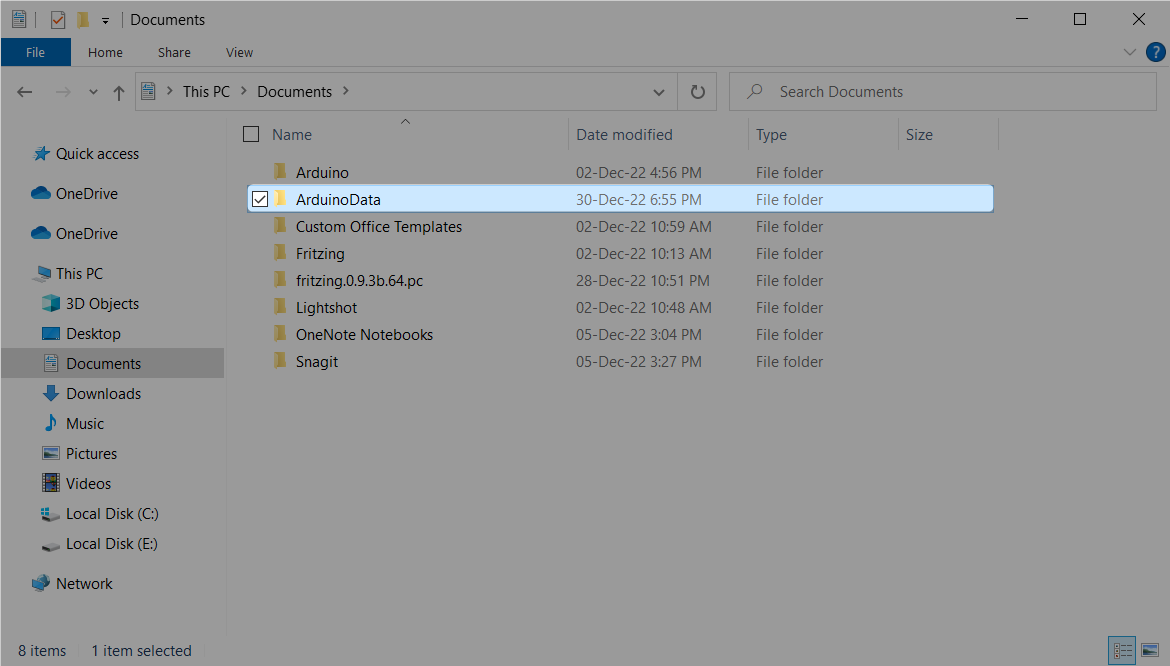 Step 2: ArduinoData contains all the necessary files of IDE. Open the packages folder to access all boards that are installed in Arduino IDE: 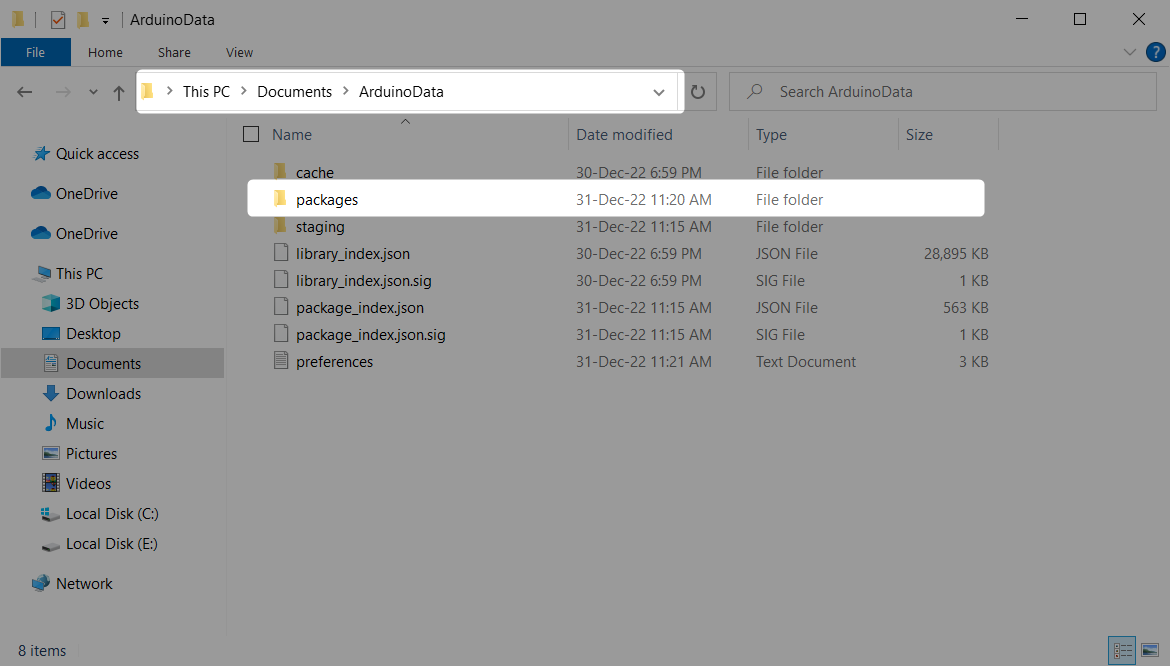 Step 3: Inside the packages folder you can see there are two boards installed. Delete the folder containing the board name you want to remove from IDE: 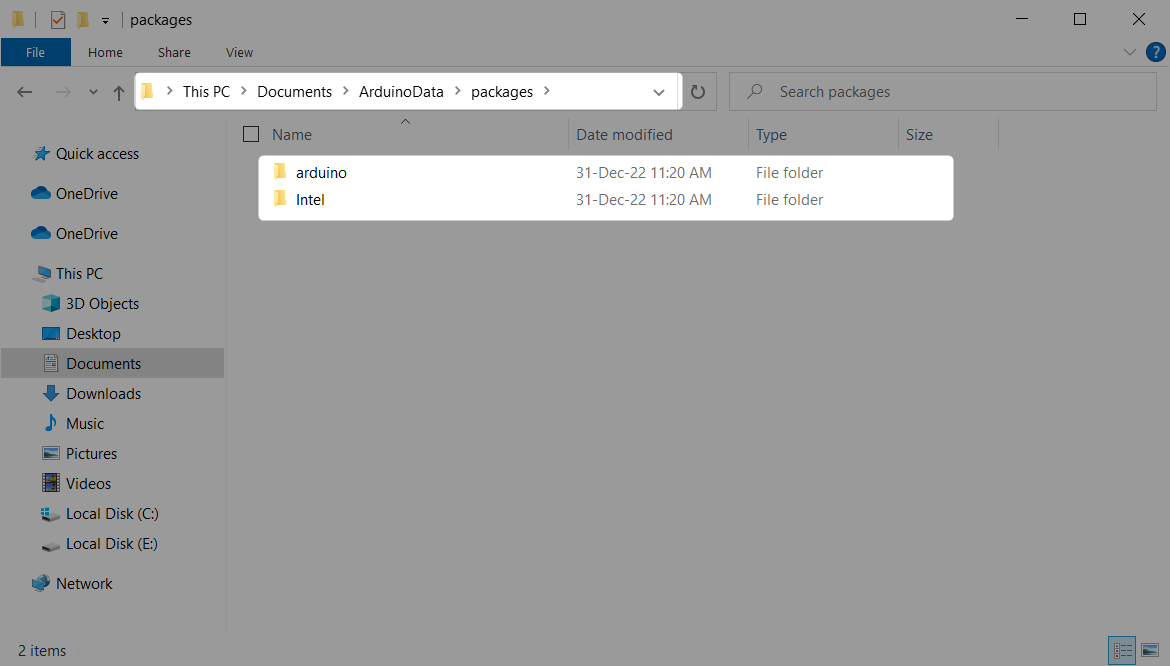 Open IDE and look for the board you want to delete. Here we can see the Intel Curie board. Now we will delete this board from IDE. 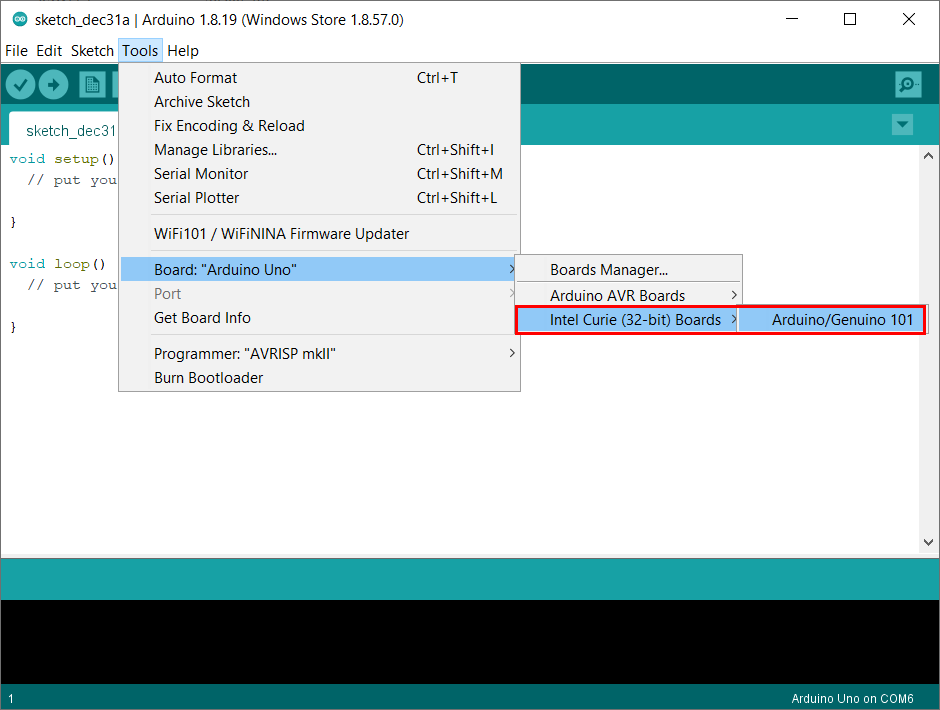 Open the Arduino15 folder and delete the Intel board files. 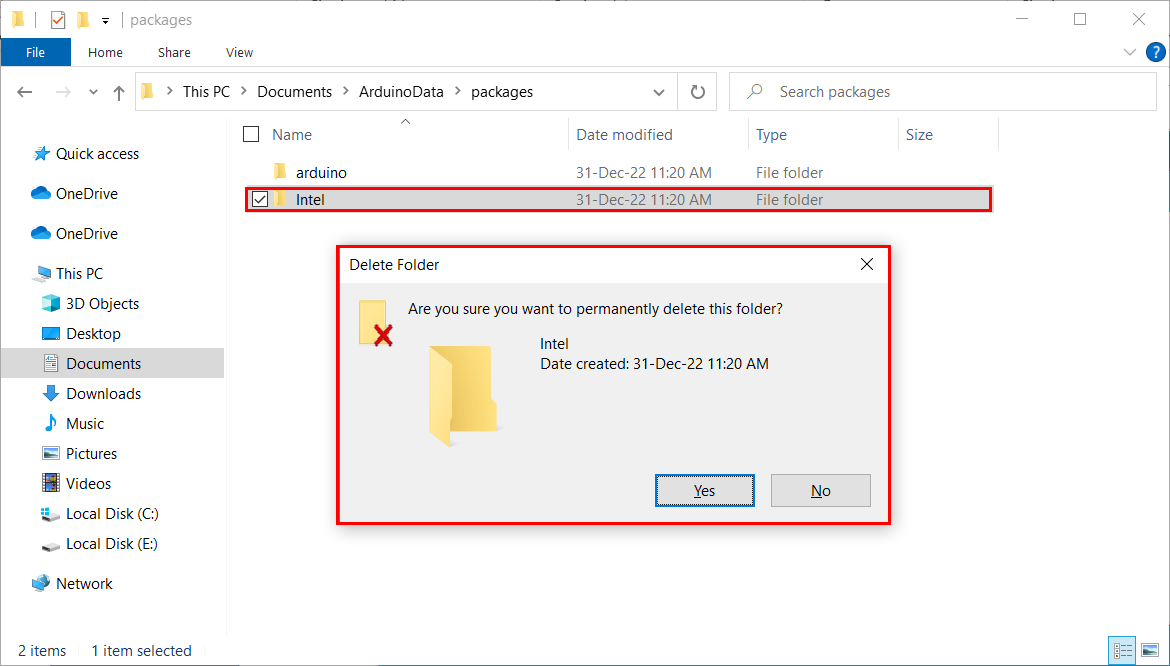 Restart the Arduino IDE then go to the board manager to confirm that the board is successfully removed. 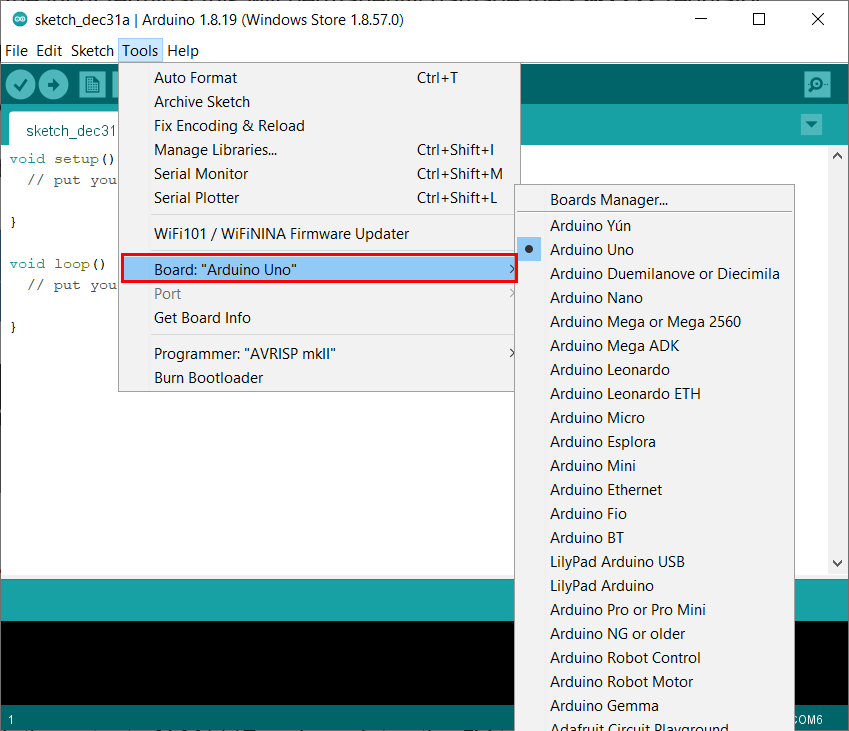 We have accessed the Arduino15 folder for the IDE installed from the Windows store and removed the Arduino board cores by deleting the files.

To delete Arduino board cores, we can use two methods. IDE board manager helps to remove any board installed in IDE and the second way of removing boards is by directly deleting the files from the Arduino15 folder. This article covers both methods in detail. Using the steps given any board can be permanently uninstalled from IDE.