How To Turn Ubuntu 22.04 into Kubuntu

This tutorial will explain how you can turn Ubuntu 22.04 with GNOME Desktop into Kubuntu with KDE Plasma Desktop. This will not remove the original GNOME, but we simply install Plasma Desktop on top of the system so we will have two different desktop environments as the result. Follow it carefully and have a friendly computing with Kubuntu! 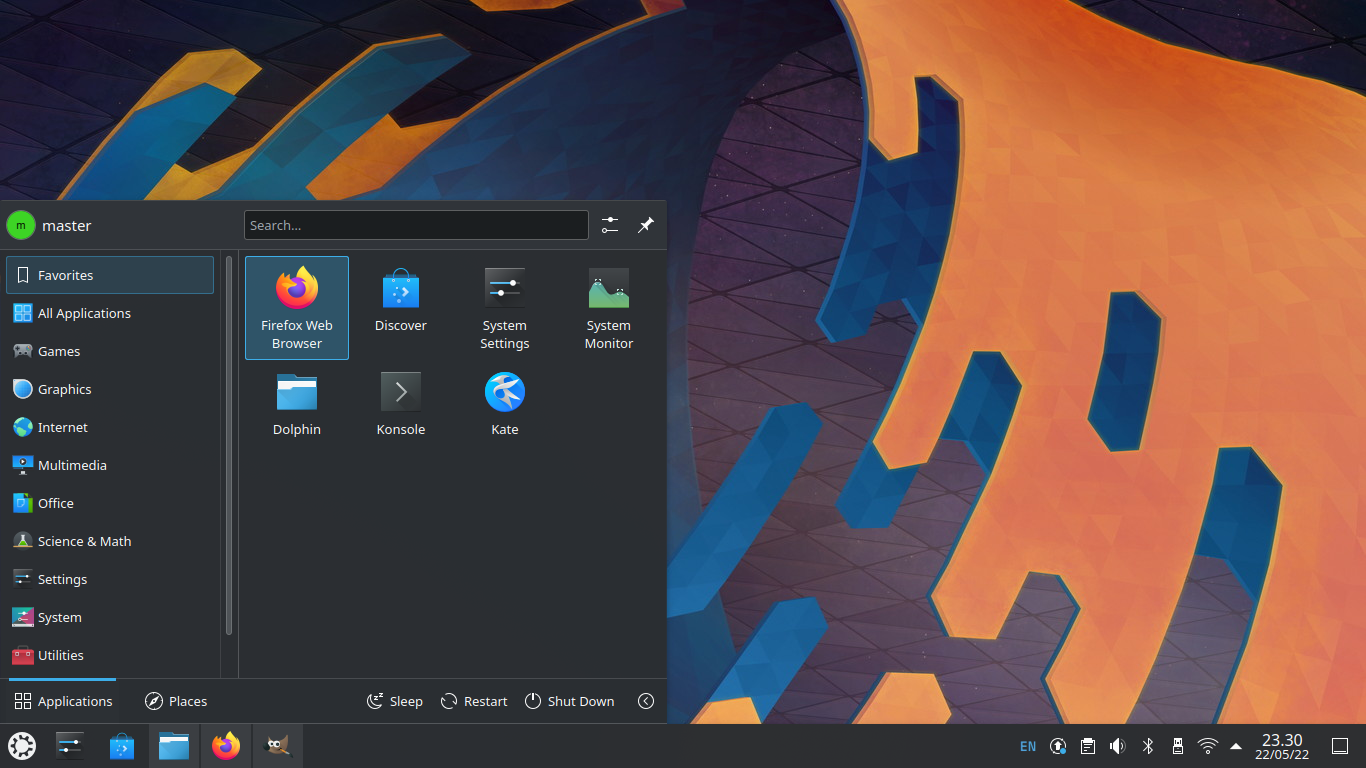 Why does someone want to do this instead of installing Kubuntu OS itself right away? Isn't the latter simpler? Because there are a few cases where one might want to. Perhaps you found that Kubuntu's installer crashed, or want to teach students into a bit larger packages installation. This tutorial is based on our teaching experience this May where one student failed the Kubuntu installation, but succeeded with Ubuntu instead, so we just later instruct him to turn the installed one into Kubuntu instead.

2. Do this command line until finished:

3. Do this command line until finished:

4. When Ubuntu asks about some encryption filesystem, answer with OK by pressing Enter.

5. When Ubuntu asks about choice of display manager, choose 'SDDM' then OK by hitting keyboard's arrow keys and Enter.

Once all packages finished installing successfully, restart your Ubuntu computer.

Now you should see a new login screen, not the same as Ubuntu's built-in, which is from Kubuntu.

1. Look at the bottom of the login screen.

2. At bottom-left corner, there is a selection with several choices: 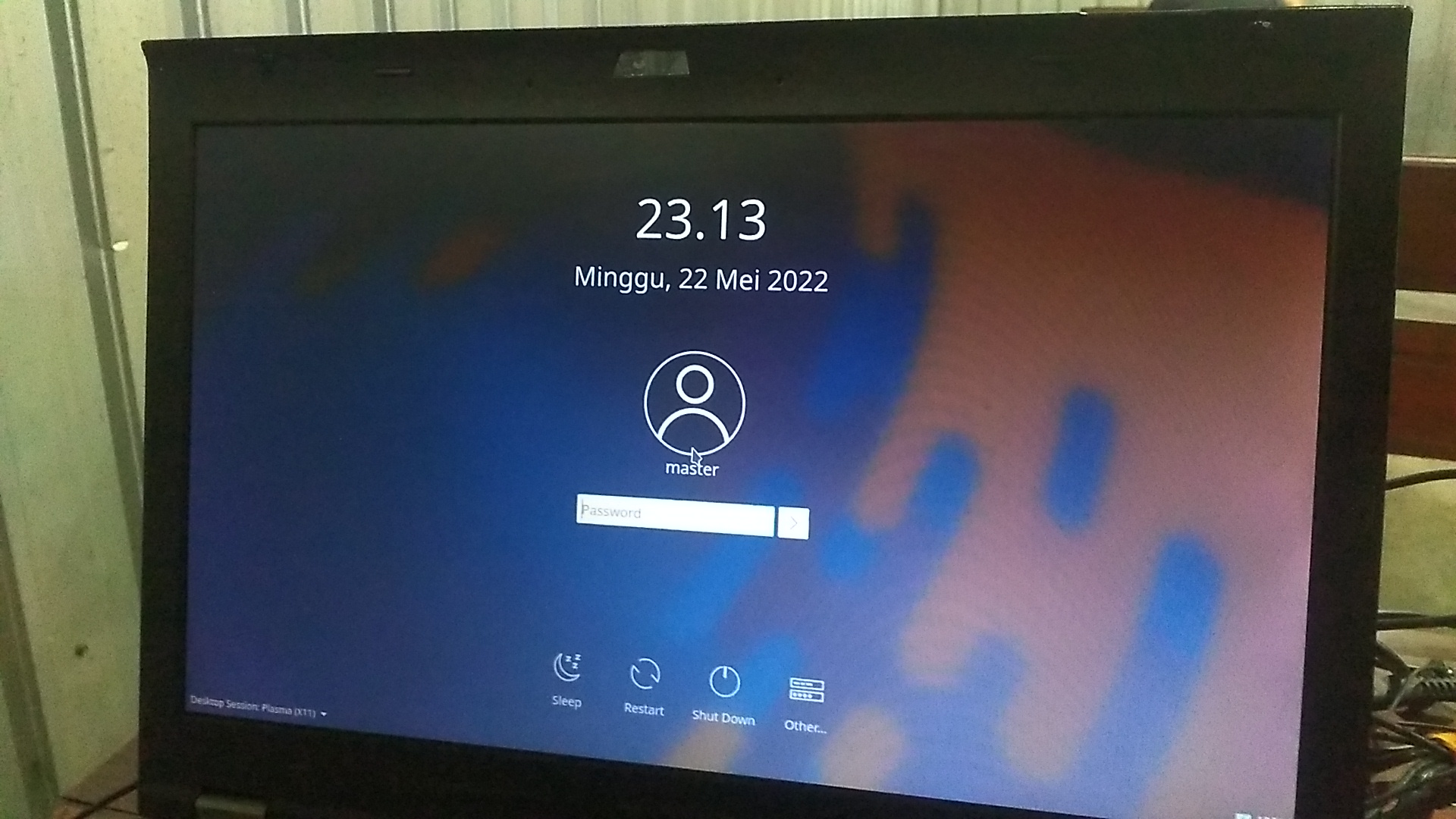 Once all packages installed successfully, congratulations, now you have Kubuntu 22.04 LTS Jammy Jellyfish! 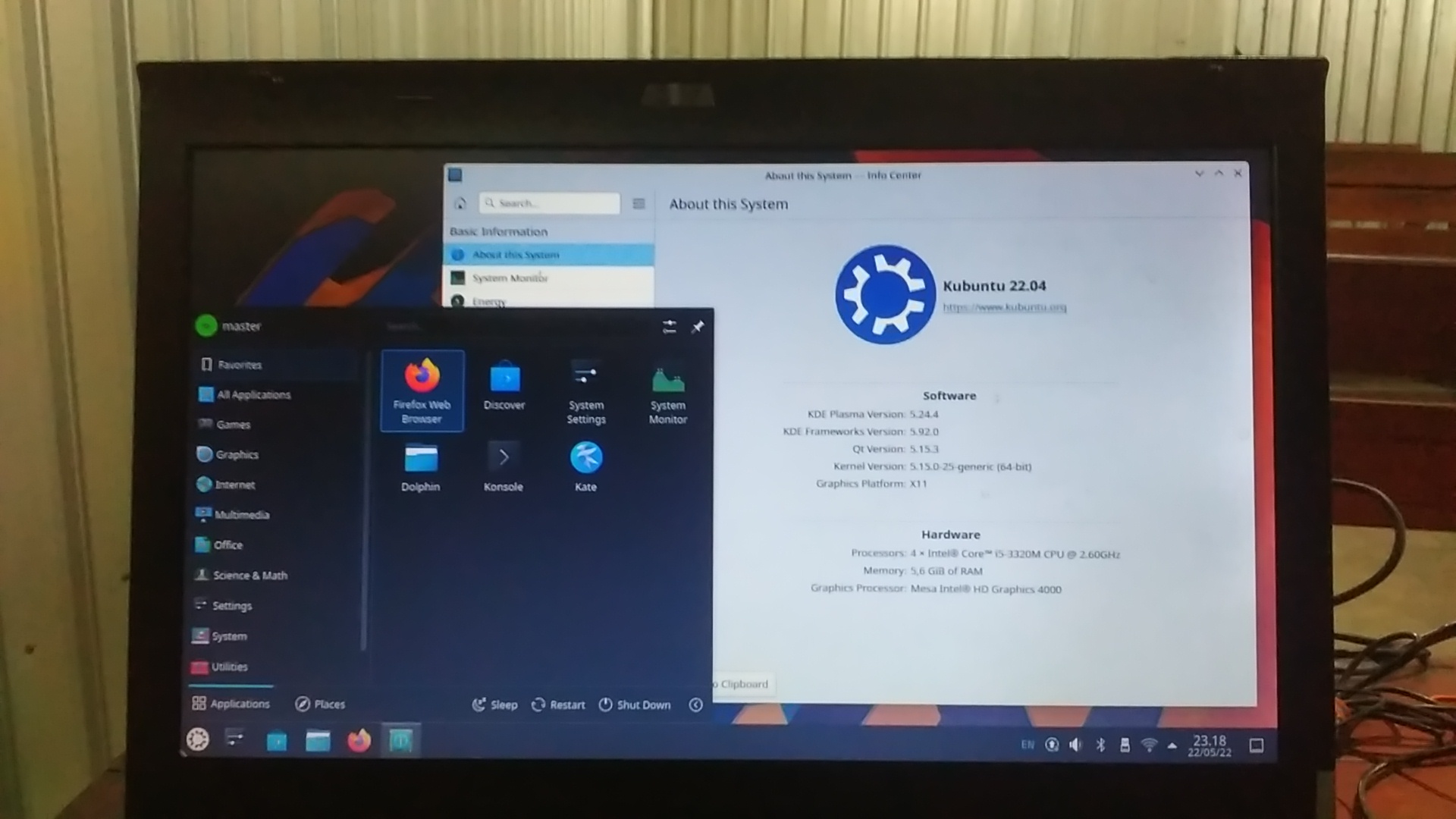 Go Back to Ubuntu GNOME

As mentioned, we do not remove the original Ubuntu GNOME Desktop. Sometimes, you might want to go back to it. To revert back from Plasma:

2. Login screen will be displayed again.

3. At bottom-left, there is the selection.

4. Switch the selection from Plasma to 'Ubuntu on X11'.

If the installation process stopped or interrupted, whatever the cause is, you should finish the job by repeating the exact command line:

If the trouble persists, your Ubuntu computer will tell you at the end of the command line's messages to run the 'magical' recovery command line:

Once everything is finished, restart and login into Kubuntu Desktop.

I don't know about you, but Python is Life!
Long live Python!
#Python #pythonlearning #linux

I love this aesthetic. Window manager is Sdorfehs. Terminal emulator is Sakura. Web Browser is Links. OS is Debian with OSBoot on a Thinkpad X230. #Linux