How to Install GNU Debugger GDB on Linux Mint 21

GNU Debugger, commonly referred as GDB is a powerful and open-source debugging tool that can run on Linux and Unix-type operating systems. The GDB tool was specifically designed for C and C++ languages; due to its wide range of supportive languages, it can debug other languages as well like Ada, Fortran, Go, Pascal, and many others. It is used by developers to examine variables, calling functions, debug preprocessor macros, server-client debug architecture, and many other rich features that one can think of it.

In Linux, we have two ways to install GDB on Linux Mint 21 system:

To follow the terminal approach, you must update the system repository first to let update all the packages: 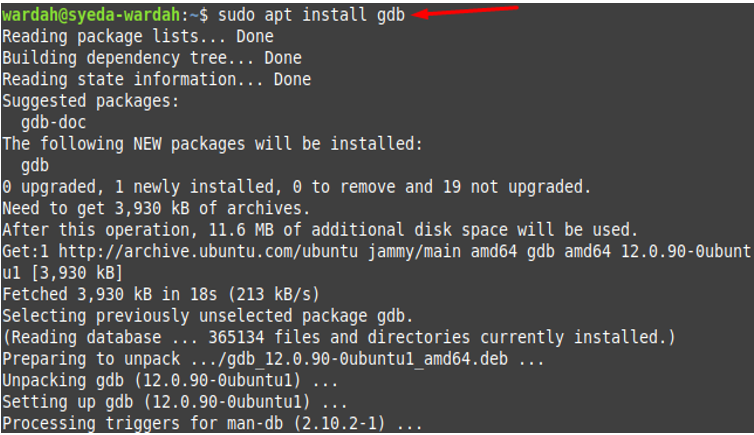 Type the version command to check if your system has installed the GDB tool successfully:

To run GDB on your system through terminal, execute the following command: 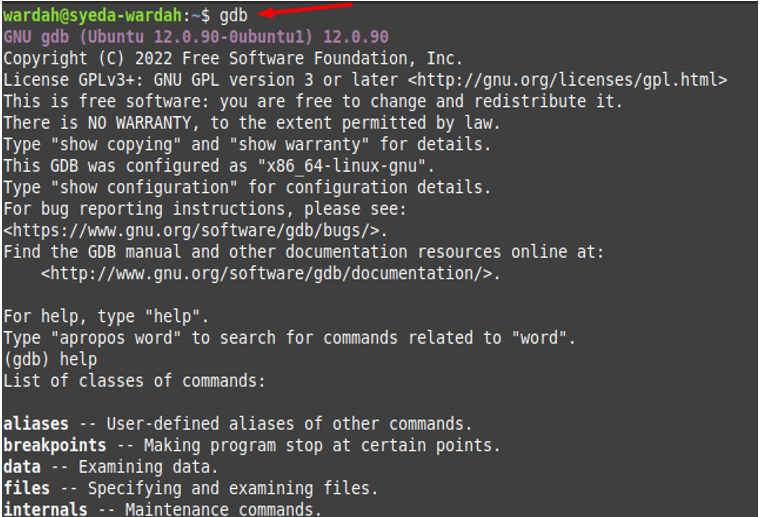 You can also remove GDB from your system by executing the following command:

Open the software manager, search for the GDB using the search bar, and hit the accurate output from the several results:

Click on the Install button to let it install on Linux Mint 21 system:

This requires sudo privileges as you can only get it if you’re working as super user. Type the Linux Mint password and click to Authenticate: 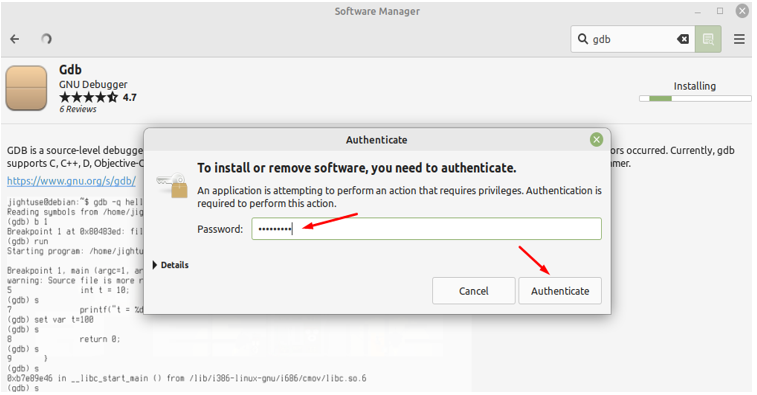 It will start installing the program after authentication: 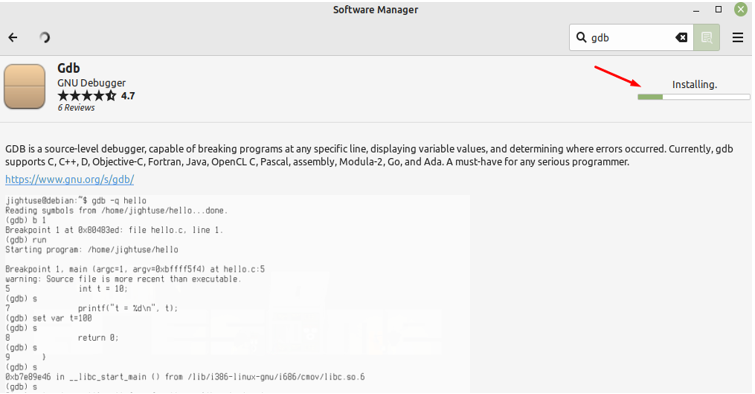 The GDB tool is installed on your Linux Mint 21 system, click on the Launch button to open it on your system. 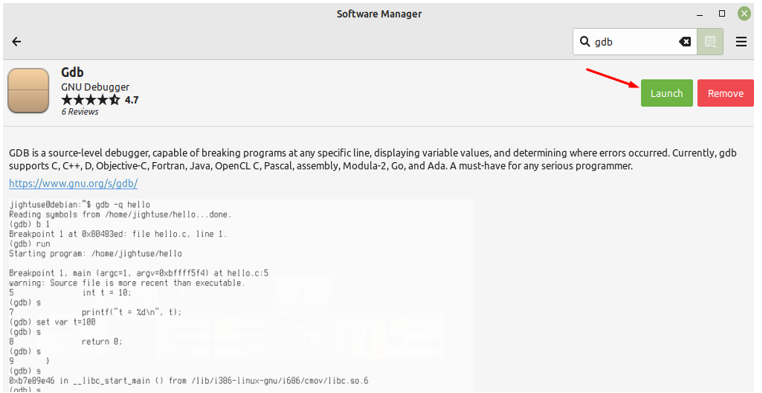 You can also remove it by hitting on the Remove button.

GDB is an open-source, popular and portable debugger tool used by developers to debug programs written in C, C++, FORTRAN, Go, Pascal, and many other languages. This tool also helps to trace instructions of programs and debug it. Using this guide, we have learned how to install GDB on Linux Mint 21 system using a terminal and GUI.