Go language is a statically typed professional programming language used by the developers all over the world. Its syntax is pretty simple and looks exactly similar to C-language, however, its compilation rate is extremely faster than other programming languages. With Go, you can develop games, perform server-side management, develop codes for cloud-based programming and data science.

Before proceeding towards the installation, update your Raspberry Pi packages by applying the following command: 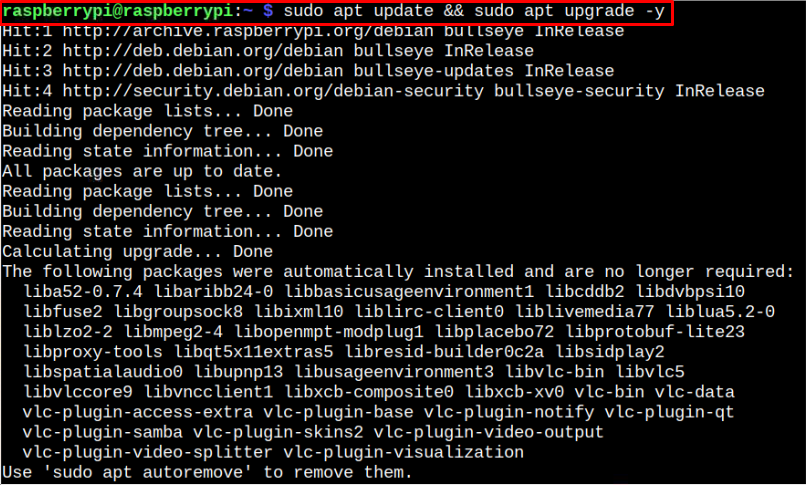 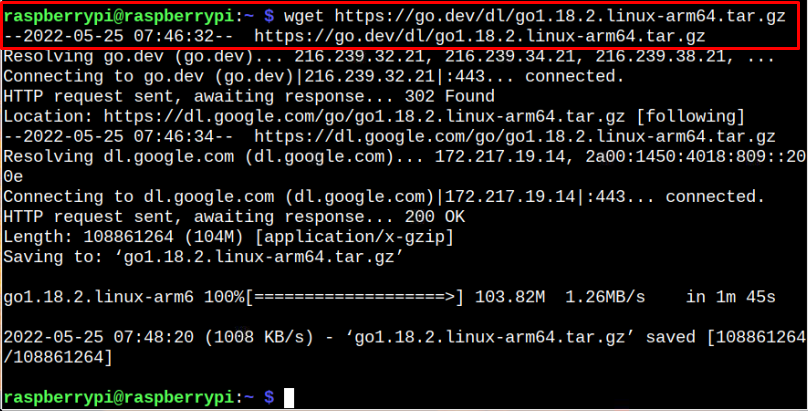 After downloading the above tar.gz file, you will need to extract the contents of the file to “/usr/local” through the following command:

After extracting the Go contents to the /usr/local, you will also need to tell the command-line that Go directory exists in the current location as this will help locate the Go binary directory. Use the following command to open the bash aliases file: 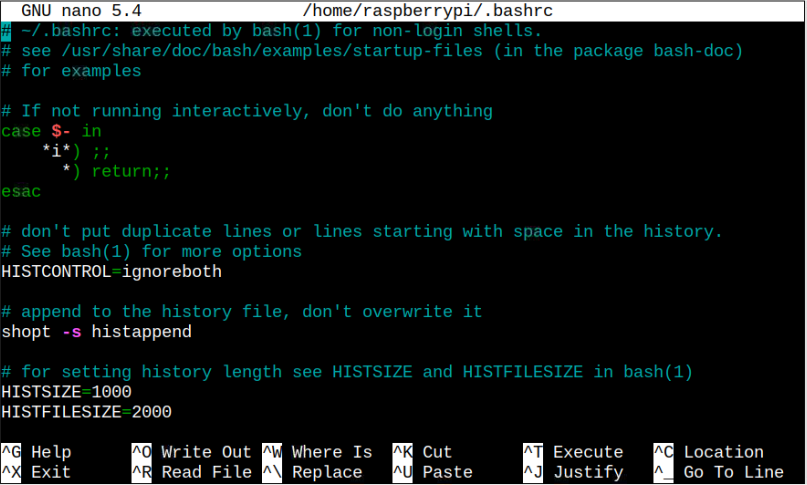 Then add the following lines to the end of the file to tell the command-line to find the Go binaries at the given location. 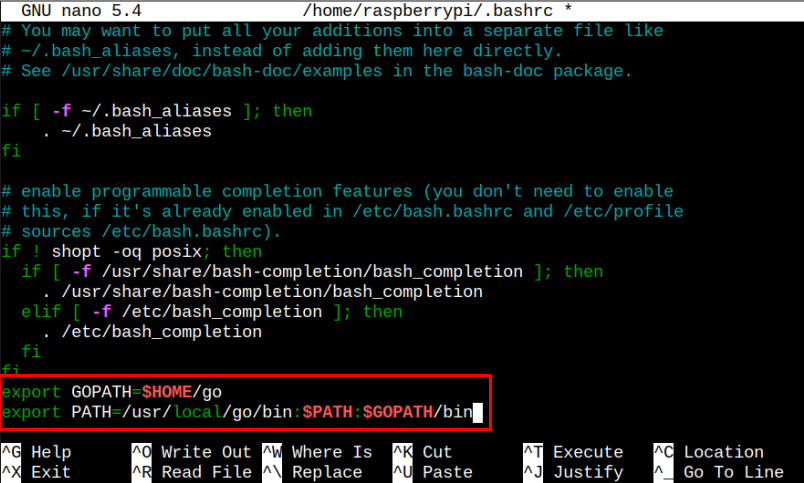 Save the current file using “CTRL+X”, Y and Enter.

Next, load the changes you made in the above file using the command:

This completes the installation of the Go compiler on your Raspberry Pi device. 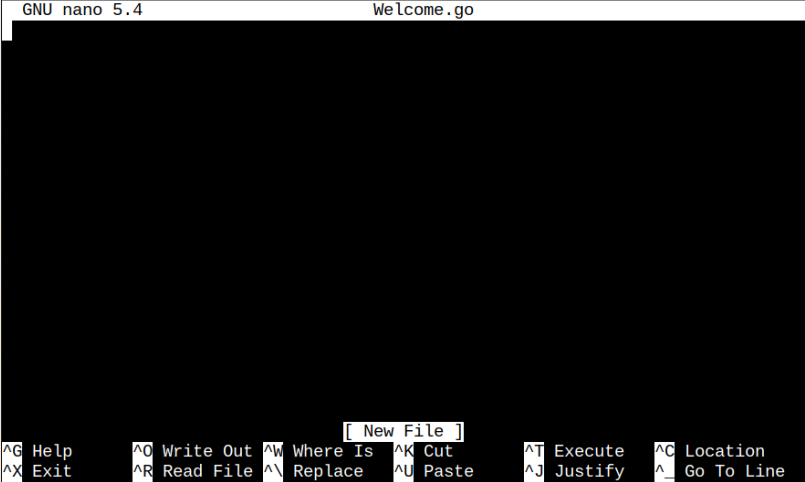 You can pick the script name according to your choice, however don’t forget to add .go after the file name.

Step 2: Now, add the following code inside the file: 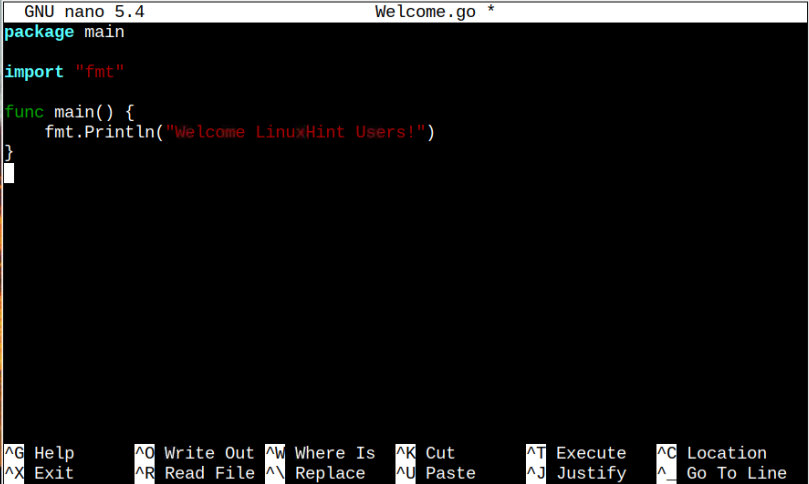 From the above code, the package main is used to improve the code reusability, while the “fmt” package is a standard one used before writing a Go code in compiler. After adding the code, save the file.

Step 3: Now run the above code using the following command:

The above output confirms that Go compiler is running perfectly on your Raspberry Pi device and you are good to write your codes in Go language by following the above steps.

Go language is a robust programming language used by the professionals for game development, server-side management and cloud base programming. It provides simple programming syntax which any one can easily understand. From the above steps, you will be able to install the Go compiler on your Raspberry Pi device and start compiling your codes written in Go languages using the guidelines provided in this article.

#AmazonWebServices #Linux Looking for an AWS professional with RDS and EC2 knowledge who can reduce costs: We have implemented three websites with a single RDS database but it charges very high. Need to reduce costs. We have attached… http://dlvr.it/STHJyP Click Link to Apply