How to Disable a Discord Overlay?

Discord is a popular gaming platform among people all over the globe. It provides various advanced features not found in any other social app. For instance, you can make calls while playing games on Discord and also participate in numerous discussions. The Discord overlay function is one such function that enables users to take part in various tasks while playing team or multiplayer games. However, if you want to play alone, it will cause distortion as it will distract you. In such a scenario, disable the Discord overlay functionality.

This article will guide us about:

Let’s move forward to check out the above-mentioned points!

What is Discord Overlay?

A Discord overlay is a graphical interface that is used for utilizing various features, such as allowing us to communicate with others while we are playing games. Enabling this feature can let you accept notifications, participate in Discord calls, and take part in different chats. You may communicate on Discord while playing various games by adding the overlay on Discord. However, not all games support overlay functionality.

How to Disable Discord Overlay on Desktop?

To disable an overlay on your Discord Desktop, look at the below steps. 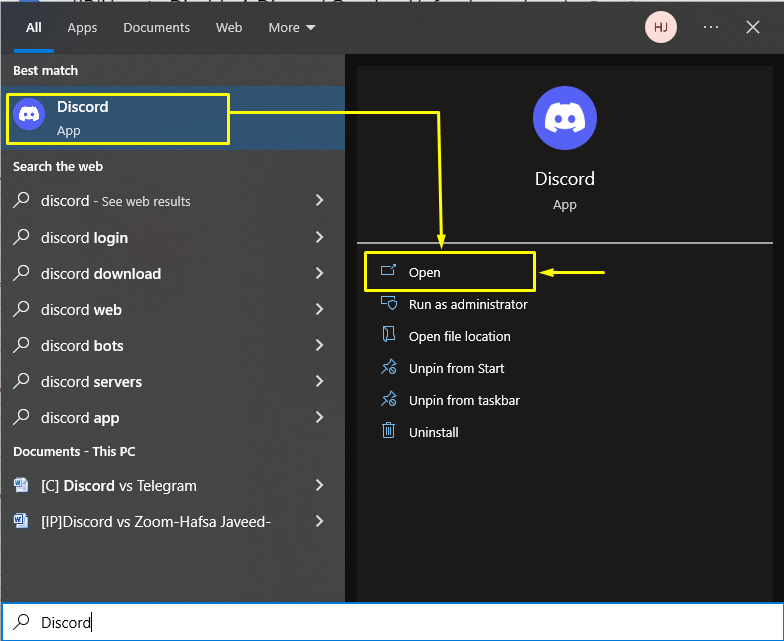 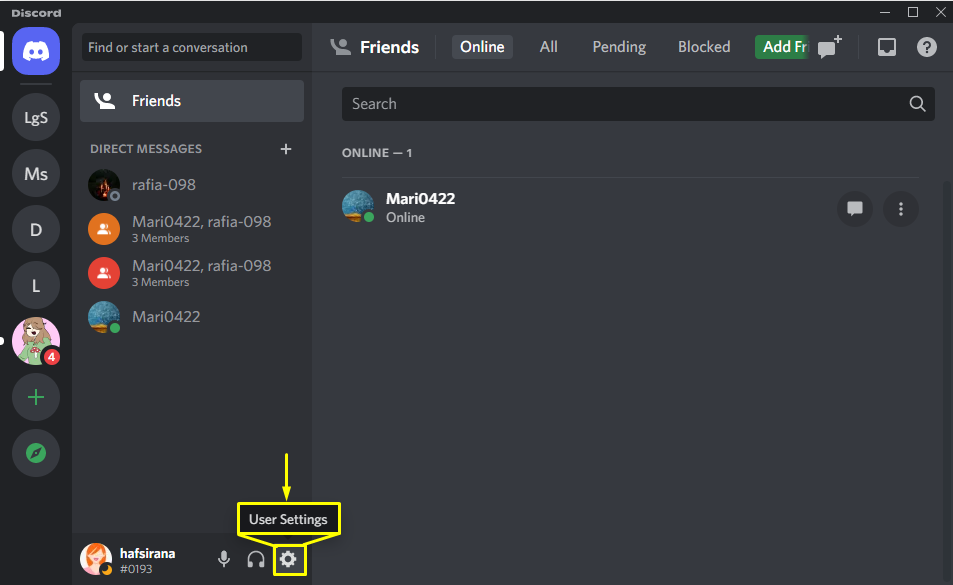 Step 3: Open Game Overlay
Now, scroll down and find the “Game Overlay” in the “ACTIVITY SETTINGS” category and open it: 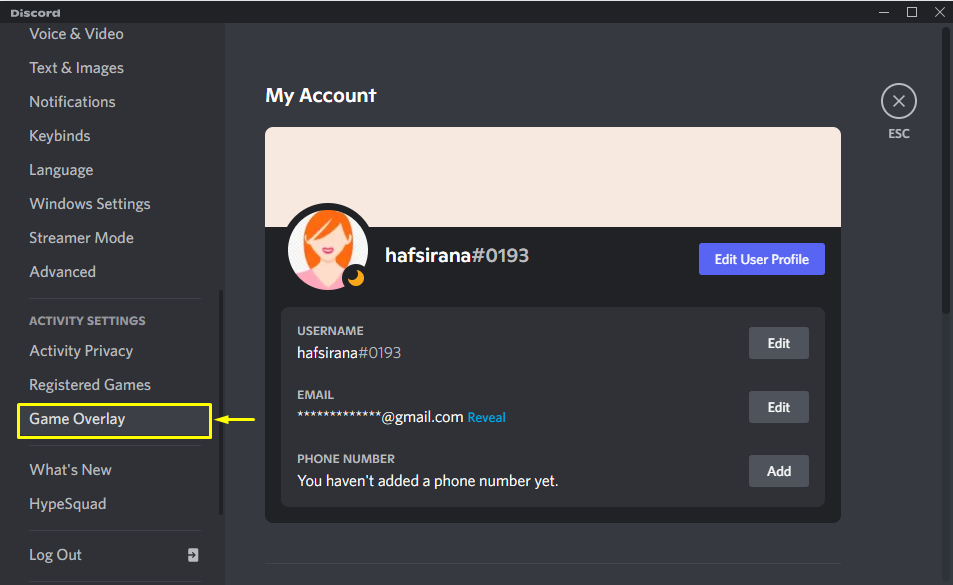 How to Disable Discord Overlay on Mobile?

If you are a Discord mobile user, then check out the given instructions for disabling overlay on your device.

Step 1: Launch Discord
First of all, open “Discord” on your mobile by clicking on its application:

Step 2: Open User Settings
On the right-most side of the Discord window, click on the profile icon or avatar to open the User settings:

Step 3: Open Voice Activity
Now, scroll down to open the “Voice” category from the “APP SETTINGS”:

Step 4: Disable Overlay
Then, turn off the “Enable Mobile Device Overlay” as shown below:

We have offered the easiest method to disable Discord overlay on both Desktop and Mobile.

To disable the Discord overlay, open discord on your device, then open “User Settings”. Next, open “Game Overlay” on the desktop and “Voice Settings” on the mobile. Then, disable the Game overlay toggle. This manual provided the easiest method to disable overlay in Discord.