How to Create init Containers in Kubernetes

What is a Container in Kubernetes?

A container is a complete package that contains everything required to execute an application. It is an image of a ready-to-run software package that allows an application to perform its desired function. It contains code, system libraries, essential default setting values, and any other runtime requirements. You only need to code the container once and after that, it can be executed anywhere. It is platform-independent so you will not have any problems while running your applications on any platform using containers. Containers can virtualize the operating system which allows you to run your applications from anywhere from your platform or private data center or even to the public cloud.

What is A init Container in Kubernetes?

The init container in Kubernetes is a method to execute the first run initialization routine in a Kubernetes pod. It is a lightweight specialized container that always runs before the application or any other main container that runs in a pod. It contains the setup script and other utilities which are generally not present in the image of the application. It is usually defined in the pod specification along with the containers array. The basic usage of an init container is to bootstrap Appian with JDBC or RDBMS drivers that are not included in the Webapp Docker image. It can be used to delay or block the application or other containers to start when you need to wait for the bootstrap script to be completed or for resources and dependencies to be available.

How to Create an init Container in the Kubernetes environment?

Now, let us move on to the implementation.

This will wake up the minikube cluster and allow you to run the kubectl commands in the terminal.

Once the YAML file has been created, you can save the configuration details in it like the one given in the snapshot below: 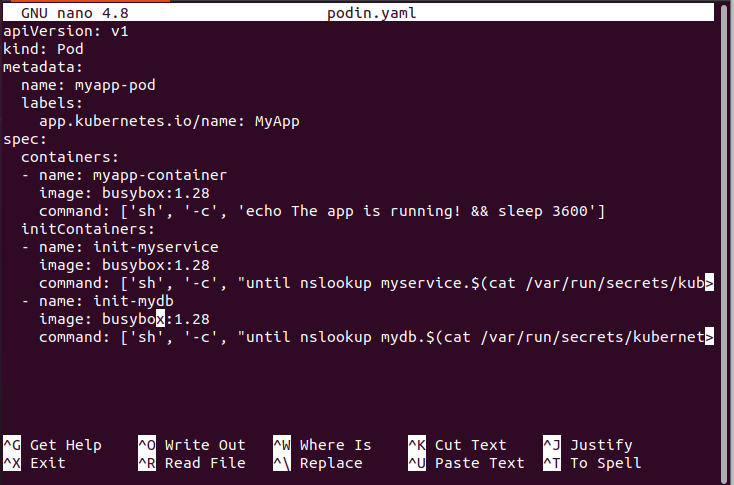 The output clearly shows that the pod named myapp-pod has been created.

Now, let us check the status of the Pod with the help of the command given below:

This is simply showing the name, ready, status, restart, and age parameters of the pod. If you need to look at the detailed status of the pod, you can use the following given below: 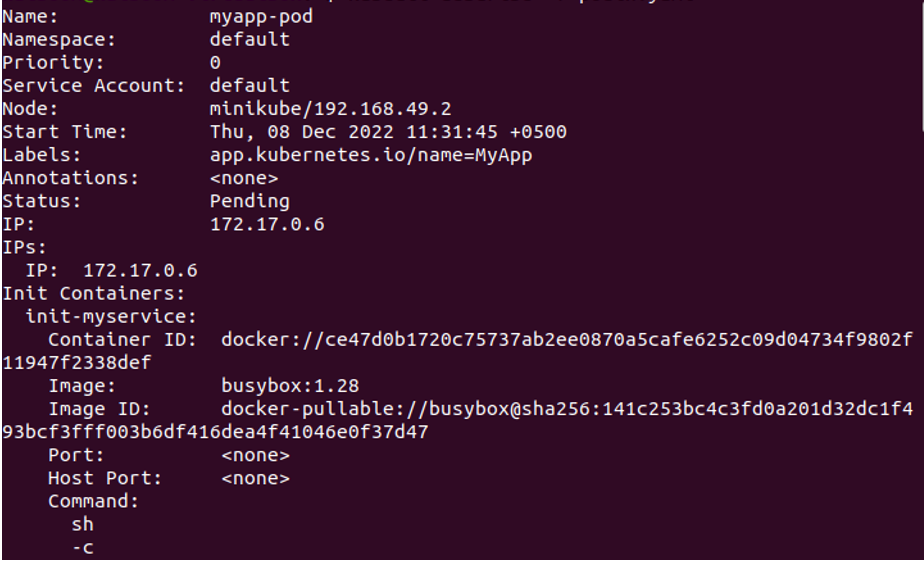 Step # 5: Check the Logs of the Init Container

From the output given in the previous step, you can see that the pod which we have created is up and running. Now, if you want to see the logs of the init container which is running on that pod, you can use the command given below:

The init container name is ‘init-myservice’ which we specifically mention to check its log. Now, when you execute this command, you will get a similar output to the one given below: 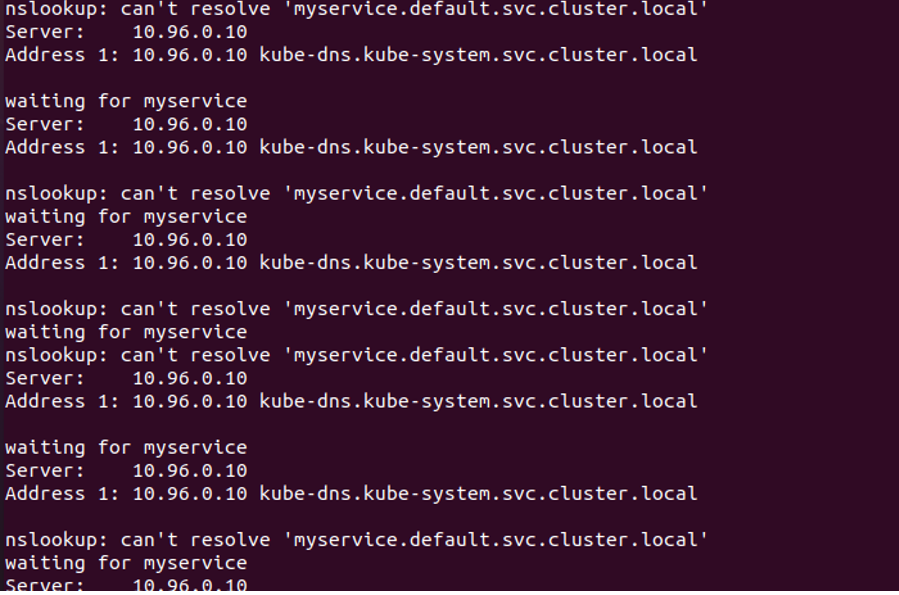