How to configure I2C on Raspberry Pi

Inter Integrated Circuit (I2C) is a communication protocol mostly used in micro controller-based systems. It is particularly used for interfacing the device with sensors or other components. It allows one chip to talk with another chip synchronously. The Raspberry Pi has built-in I2C protocol providing you the opportunity to talk with other I2C circuits. However, to ensure a smooth working of the I2C feature, you will have to configure it on your Raspberry Pi device.

This tutorial will guide you in configuring I2C on Raspberry Pi devices.

There are two perquisites required for I2C communication. The one is an I2C tool that enables the I2C protocol service. The other one is the python-smbus package that allows you to interact with other I2C devices using Python.

By default, these perquisites are already installed on your Raspberry Pi device. If you remove them by mistake, you can apply the following command to reinstall it:

After completing the above steps, you will need to enable the I2C Kernel module on your device from the “raspi-config” command as shown below:

Choose the “Yes” option to enable it. 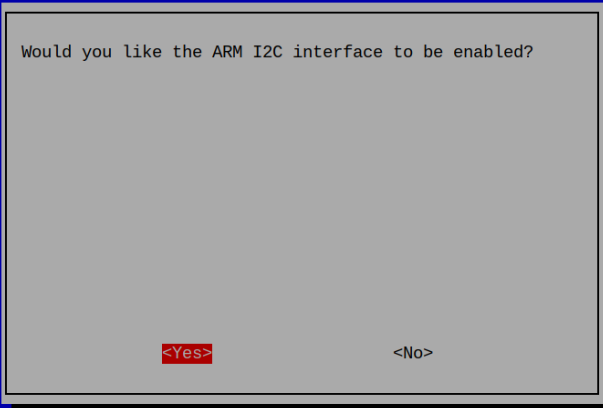 You will get the confirmation that your I2C interface is enabled. 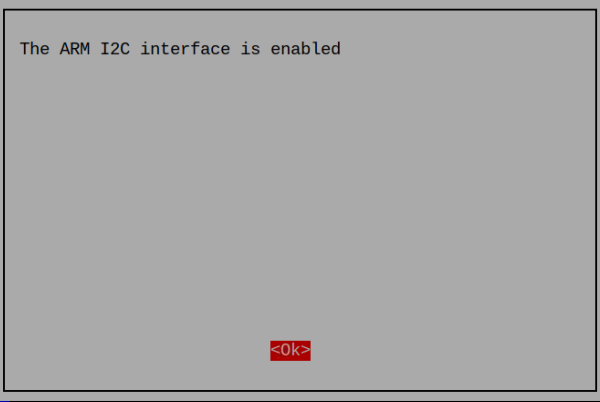 Now, reboot your device to apply the changes.

The above output confirms that your I2C device is successfully detected on Raspberry Pi and is using the address 0x20. These values can be different in your case because of different I2C devices. If you won’t be able to find any address like the one shown below then you may have a problem with your device.

If you are using the old model of Raspberry Pi, replace “1” with “0” in the above command because the previous model uses Port 0 for I2C communication.

I2C communication is extremely important for the tech users as it allows them to directly talk with I2C circuit boards. On Raspberry Pi, its setup is pretty simple, which only requires enabling the I2C interface from the device configuration mode. After the setup, you will be able to perform communication by connecting various I2C devices with your Raspberry Pi.