On Git, to perform git fetch and git push with other project members, the “origin” and “master” repositories can be utilized. origin and master are two different terms used while working on and managing Git projects. More specifically, the origin is the default name assigned to a Git remote repository; however, the master is a Git branch name.

This blog will discuss the Git origin master branch.

How to Switch, Fetch and Push Origin Master?

To switch branches, fetch and push the local branch to remote; firstly, move to the Git root directory and create a new repository. Then, clone the repository and view the remote origin or list of the remote connections by executing the “$ git remote -v” command. Next, switch to the required branch.

Let’s move ahead and practically perform the above-specified procedure!

Run the “mkdir” command to create a new repository: 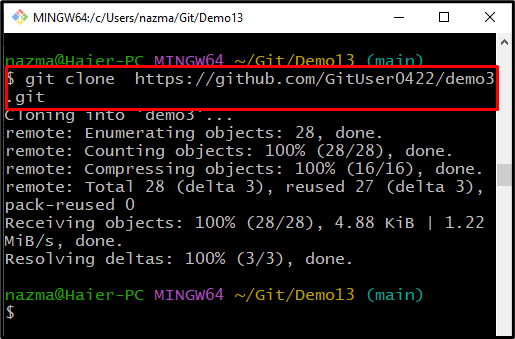 Run the “git remote” command to view the remote origin:

The given output displays the list of remote connections:

Next, switch to the master branch by utilizing the provided command:

Execute the “git merge” command to merge the local branch to the remote branch: 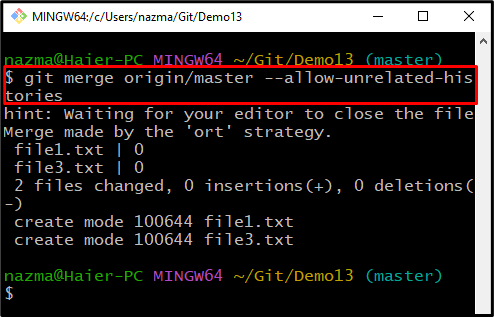 Now, push the updated master branch to the remote repository through the following command: 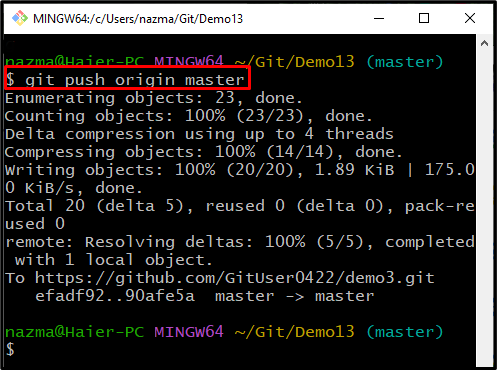 We have explained about Git origin master with an example.

In Git, origin and master are two different terms. The origin is the default name assigned to a Git remote repository; however, the master is a Git branch name. To view the remote origin, execute the “$ git remote -v” command. Moreover, the “$ git checkout <branch-name>” command can be utilized to switch from one branch to another branch. This blog discussed Git origin master.