Getting Started to Rust Programming on Ubuntu

You might want to learn Rust on Ubuntu. Rust is a new computer programming language in the same categories as older ones namely C, C++ and Java. Using it, one can make programs for desktop, laptop, web and server as well as embedded computers. Created by Mozilla in 2010, Rust is now growing to be used to develop many critical software including some you use everyday, such as Firefox's Quantum engine, a FOSS remote desktop called RustDesk, and a new operating system called Redox OS. This tutorial will help you install required tools and write code in Rust. Don't worry to exercise as we also include uninstall steps too. What are you waiting for? Now let's try Rust for sure.

At the moment we write, Ubuntu 22.04 and 22.10 do not ship Rust compiler yet but only do for text editors that support Rust. In short, in this exercise you will need Rust compiler and Geany text editor. Follow these instructions:
Install Text Editor:

If you want to uninstall Rust compiler installation completely from Ubuntu, follow these instructions:

B. Write a Program

A program in Rust language is a text file with .rs extension. You can compare this to C with .c, C++ with .cpp and Java with .java. A Rust binary executable file extension will depend on the operating system, for example, .exe on Windows or .app on MacOS or .elf on GNU/Linux. Please note that in Unix family systems, program files may also have no extension at all. Because of that, we will use .elf extension for executable and .rs for source code to make the exercise easier for beginners.
1. Run Geany
2. Create a new file
3. Save it as program.rs in home directory
4. Write code below
5. Save 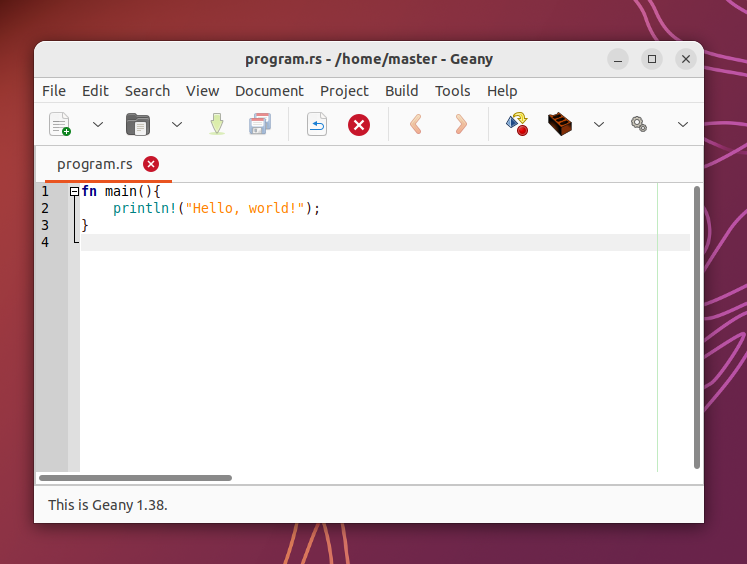 C. Compile and Run the Program

To be meaningful to computer, every time we write a Rust program, we must compile it thus computer can run it. That means, translated in a way the source code changed into binary code suitable for your computer and operating system versions. There are 2 ways to do this, using CLI and using GUI.
Using command lines: 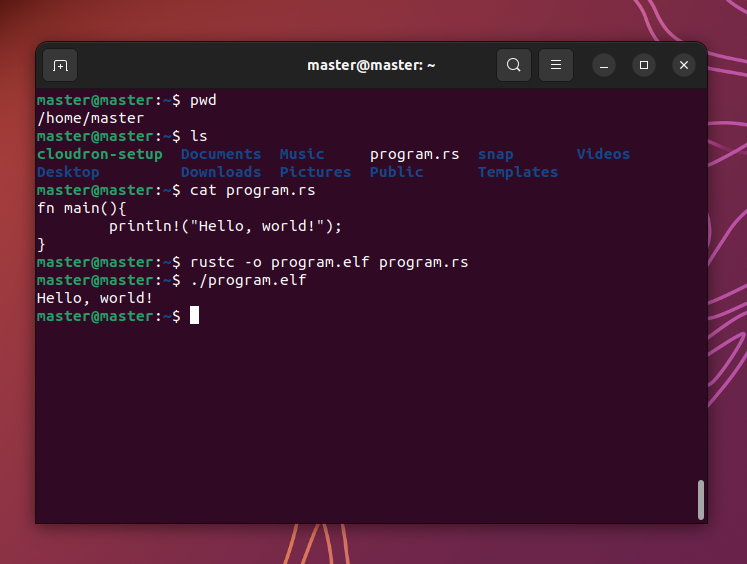 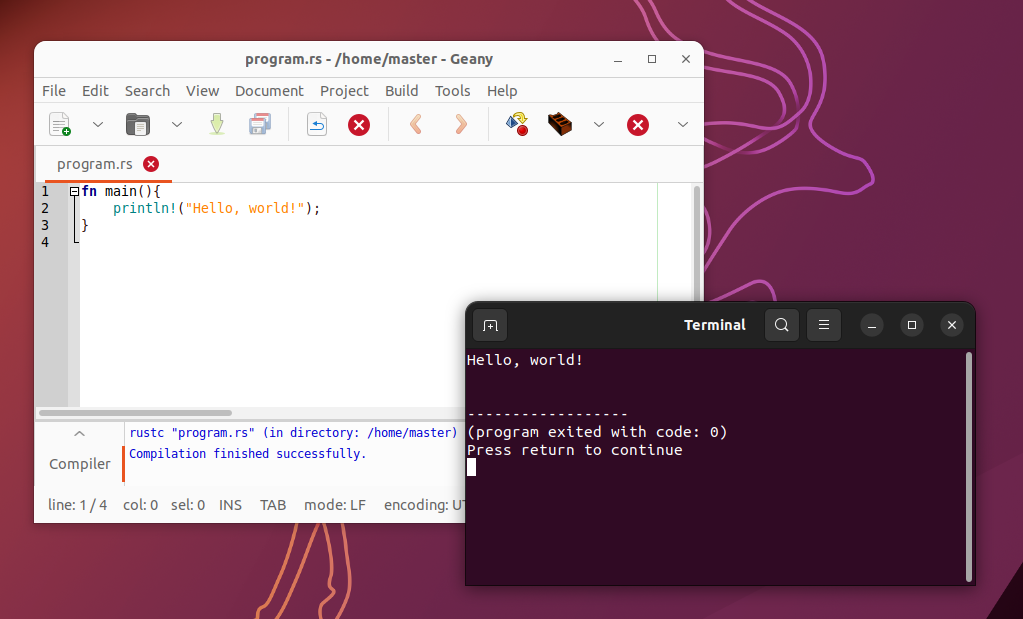 At the above, you do essentially the same thing as with the CLI method previously. You compile, run, and see the resulting Hello, world! message on your screen. What's the difference? Using this GUI method you use mouse clicks rather than command lines as Geany, the text editor, do it for you.
Now you should understand how to do both methods.

Finally, read Rust examples on their website (link available below). Try to edit your first code, compile it, and run it. Next, try again to write new code, save it, compile it, run it, and repeat. Feel free to use Geany, the text editor, as it is very convenience and fast to use for beginners. For example, we tried 10 examples one by one resulting in ten source files program-01.rs to program-010.rs. See picture below. 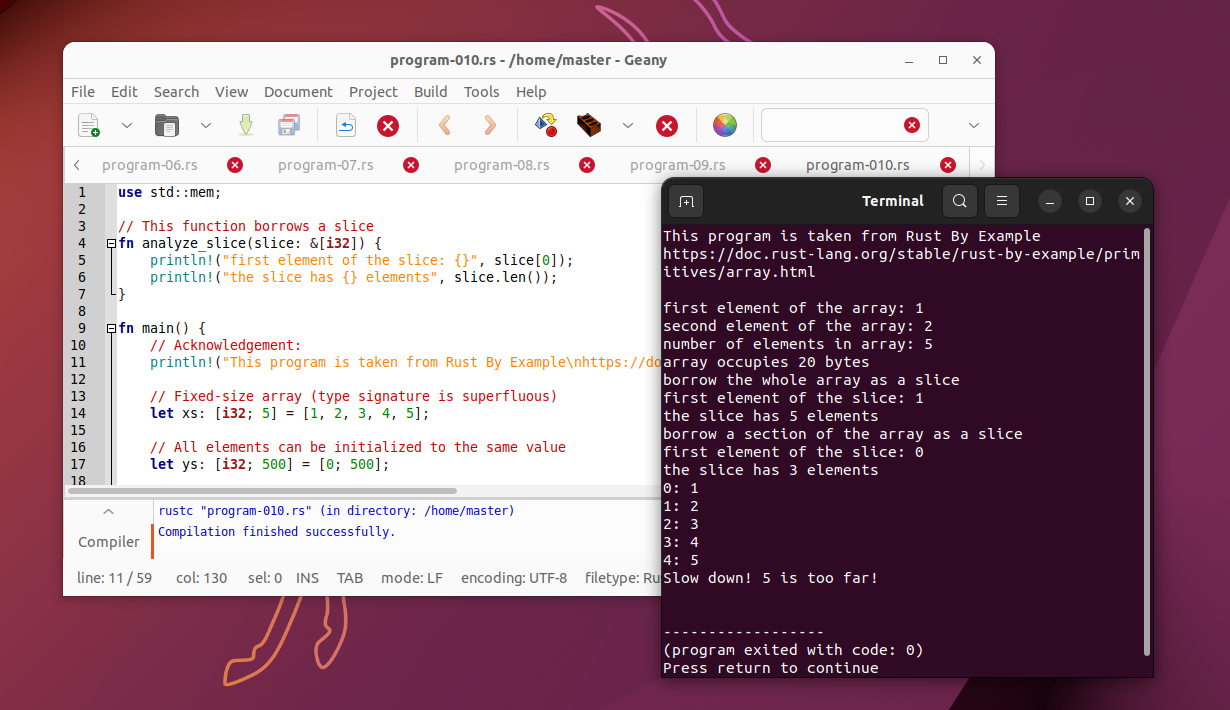 Rust By Example, sample codes you can run, study, modify and share.