This blog will demonstrate how to run a Docker image using the “docker run <image-name>” command.

How to Run Docker Image?

The Docker “run” command is utilized to run images. For this purpose, first, create a simple Dockerfile. Then, build a new Docker image and run the image using the “docker run <image>” command.

Look at the given instructions to execute the Docker image.

Create a simple Python program file as “Tutorial.py”. The specified program will display the “Hello, Welcome to Linuxhint Tutorial” message on the console or terminal: 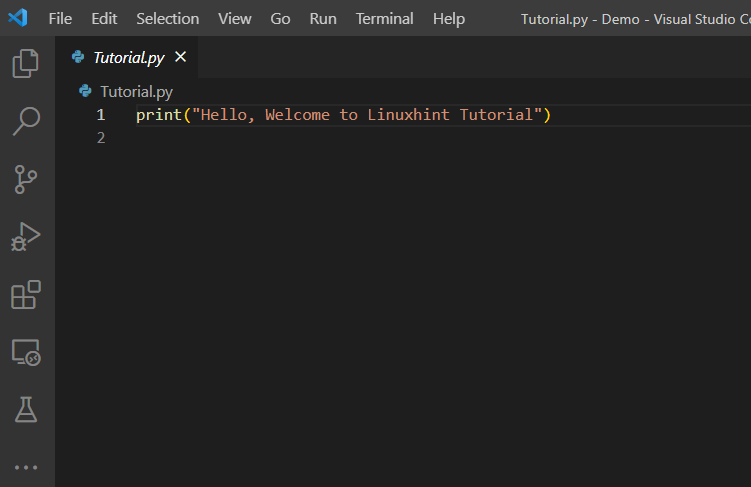 Next, create a new file named “Dockerfile” and paste the following piece of code into the file:

Next, build the new Docker image using “Dockerfile”. To do so, check out the mentioned command. Here, the “-t” flag is specifying the image name: 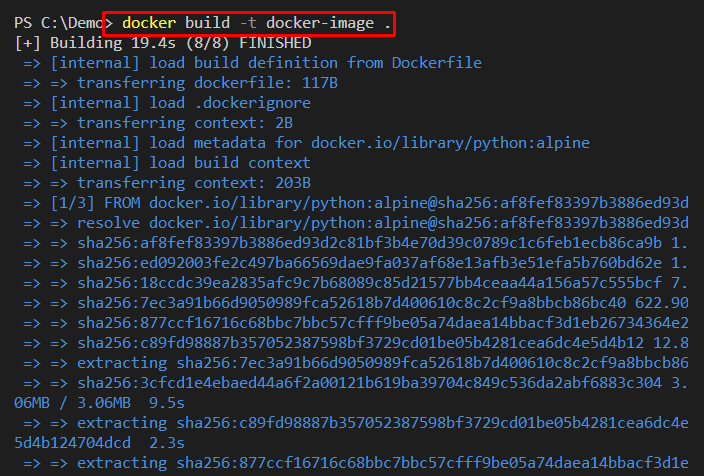 Move toward the next step for verification.

List down all Docker images to verify if the new image is created or not:

The output shows that the image has been successfully created from Dockerfile:

Now, run the Docker image through the “docker run <image-name>” command. This command will automatically build and run the container for program deployment:

Here, you can see we have successfully deployed a simple “Tutorial.py” Python program using Docker image:

We have taught you how to run Docker images using the “docker run image” command.