Discord is a well-established platform for various communities to stay connected. It offers the option to create public and private servers. However, sometimes it becomes difficult to handle the server having many people. In such a situation, you can avail the facility to assign the roles of different server members to identify that person easily.

This tutorial will explain the method for adding roles and various role icons.

How to Add Roles in Discord?

A set of permissions along a specific name is known as the Discord role. For instance, the default role “@everyone” grants various fundamental rights, such as chatting on the server and reading messages.

If you want to assign various roles in the Discord server, try out this procedure.

First, launch the Discord application on your device by searching for it from the startup menu: 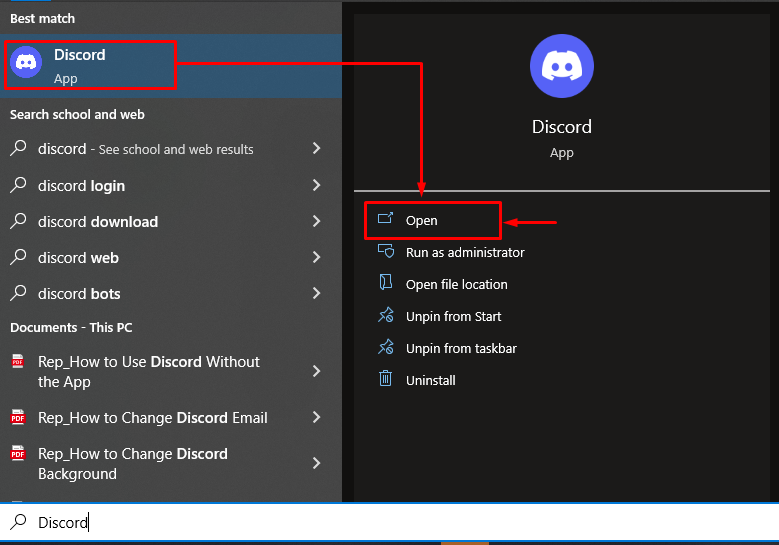 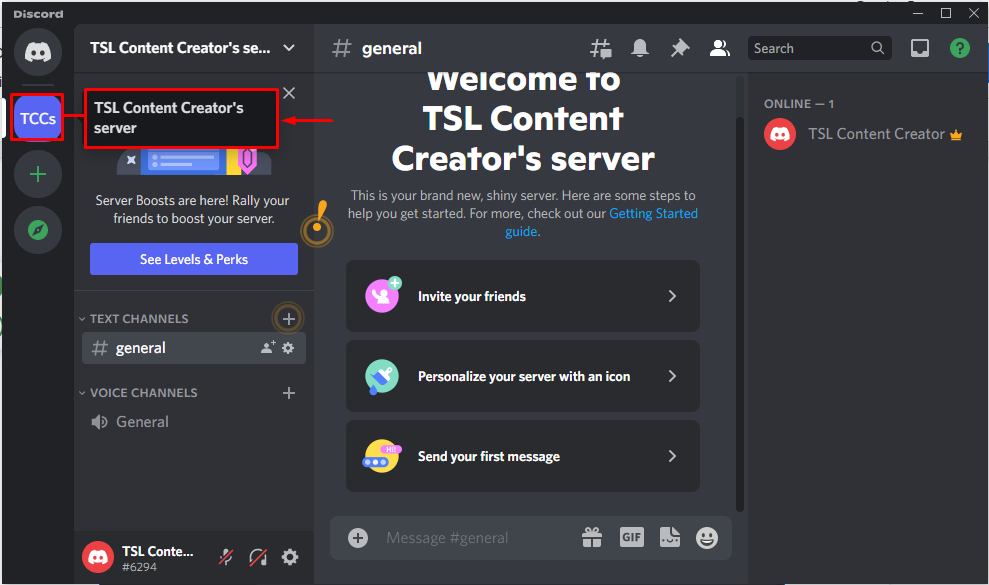 After opening the server, navigate to the “Server Settings”: 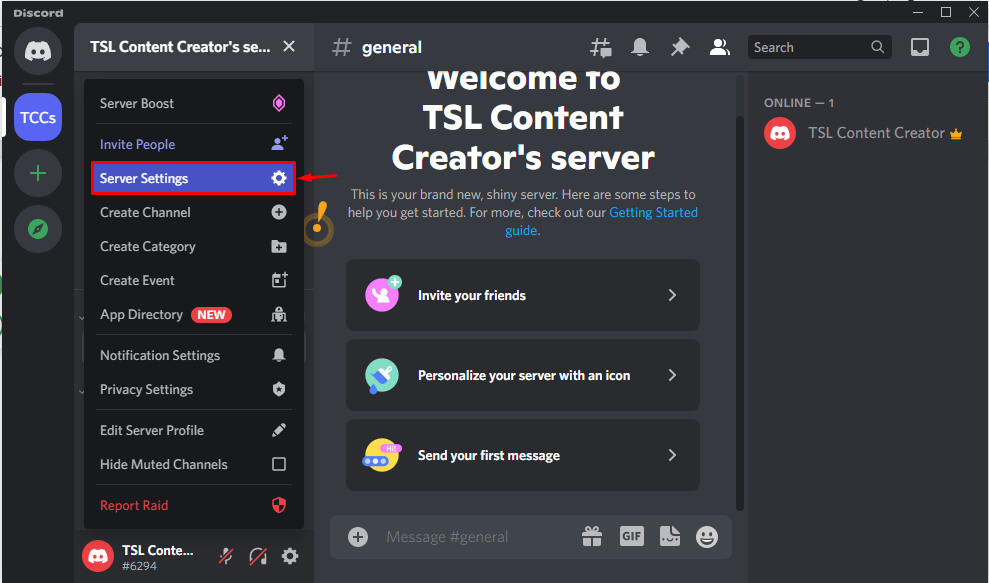 Now, from the server settings, choose “Roles” and click on the “Create Role” button: 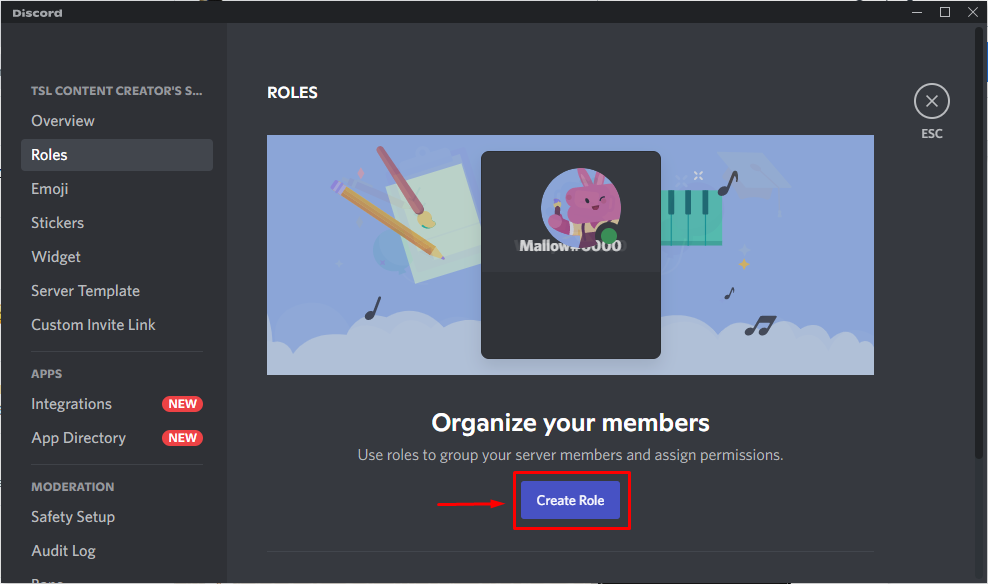 It can be observed that a role is successfully created: 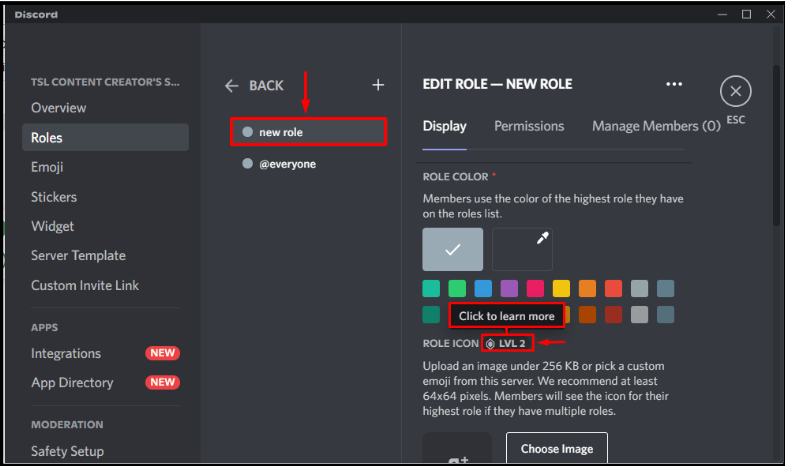 What are Discord Role Icons?

Role icons are Level 2 Server Boosting bonus. At this level, servers can create a unique symbol for each role on their system. A fun approach to distinguish and enhance each position on your server is using unique role icons. These icons can be utilized to differentiate role levels, determine individual preferences, or include your server theme for a more substantial aesthetic.

What are the Types of Role Icons?

There are various role icons used to show the member role in the Discord server. Some of them are listed below:

How to Add Discord Role Icon?

To add a role icon to the role, follow the provided steps.

It would be best if you upgraded your server to a better level to assign the role icon. In that case, click on the image’s highlighted area, “LVL 2”: 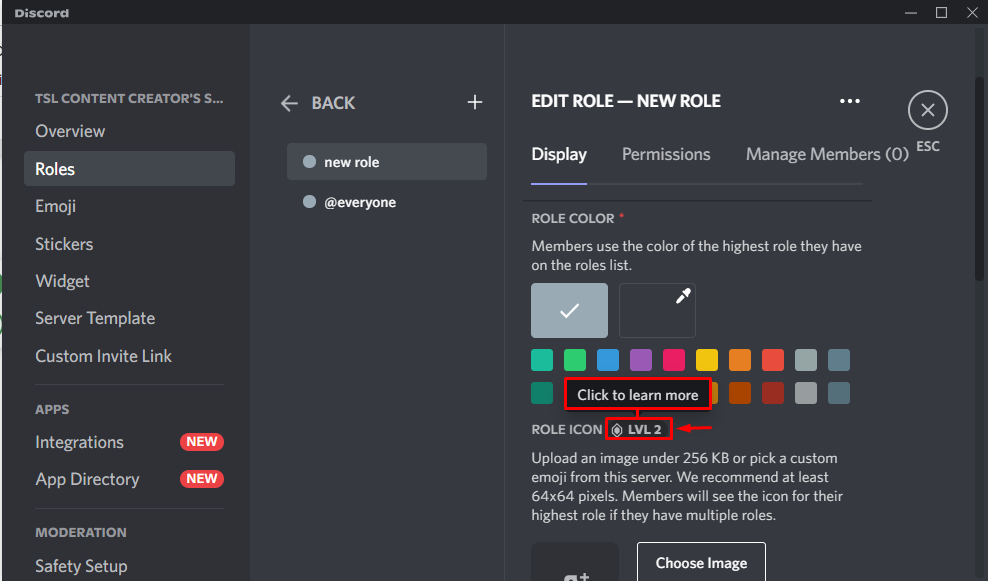 Now, click on “Boost Server” to unlock the customization and upgrades for everyone: 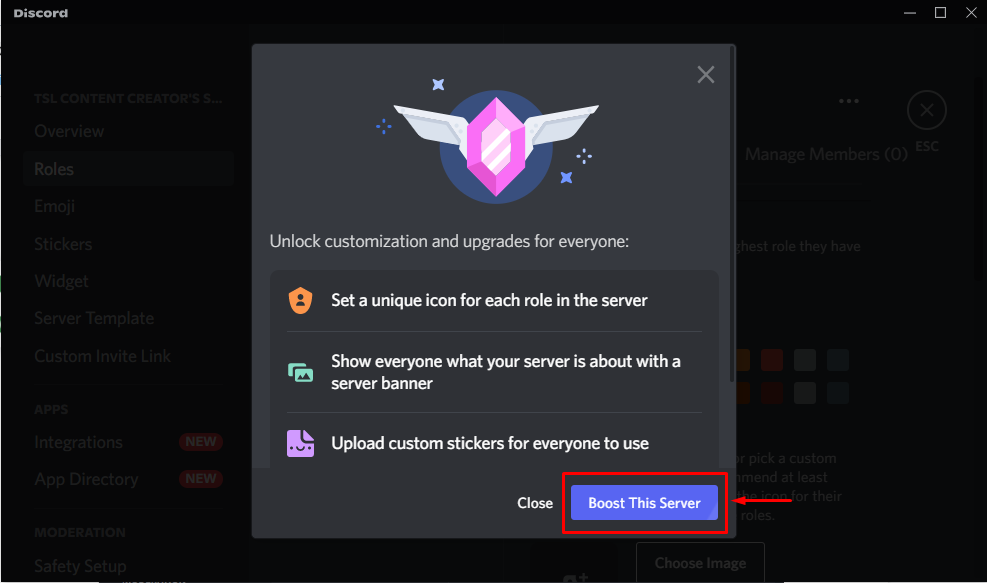 A confirmation window will appear on the screen that asks, “Ready to boost the server”; if you are agreed, click “Boost”: 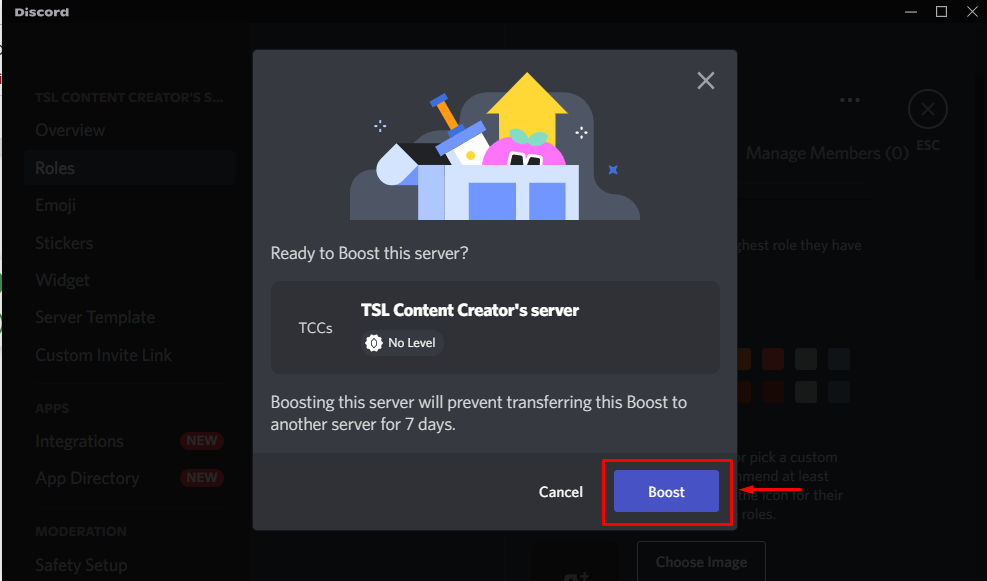 The boost is successfully activated: 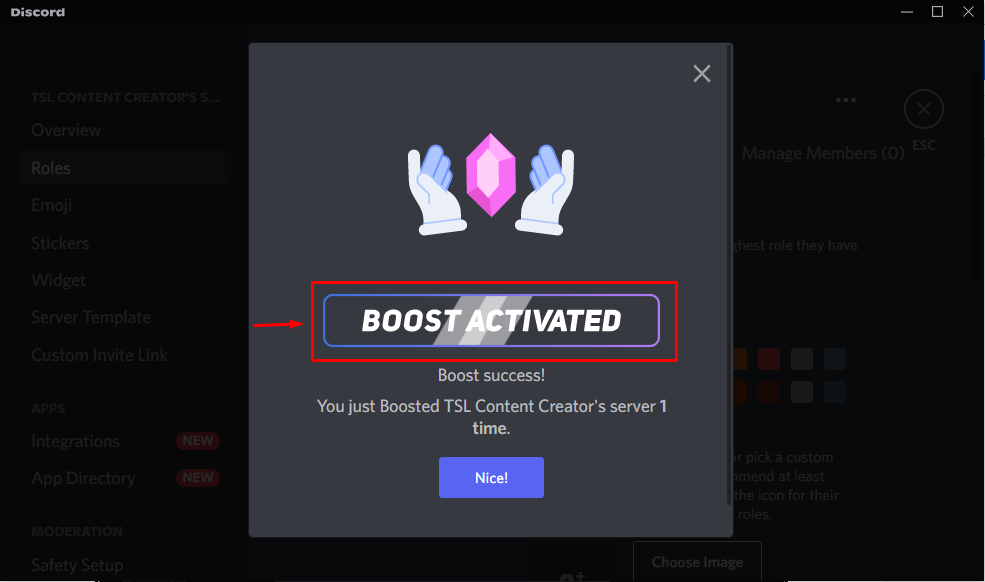 Now, move back to the server’s main page to check that the icon for “Boost Server” is available and the icon role is “Server Owner”, represented by the crown: 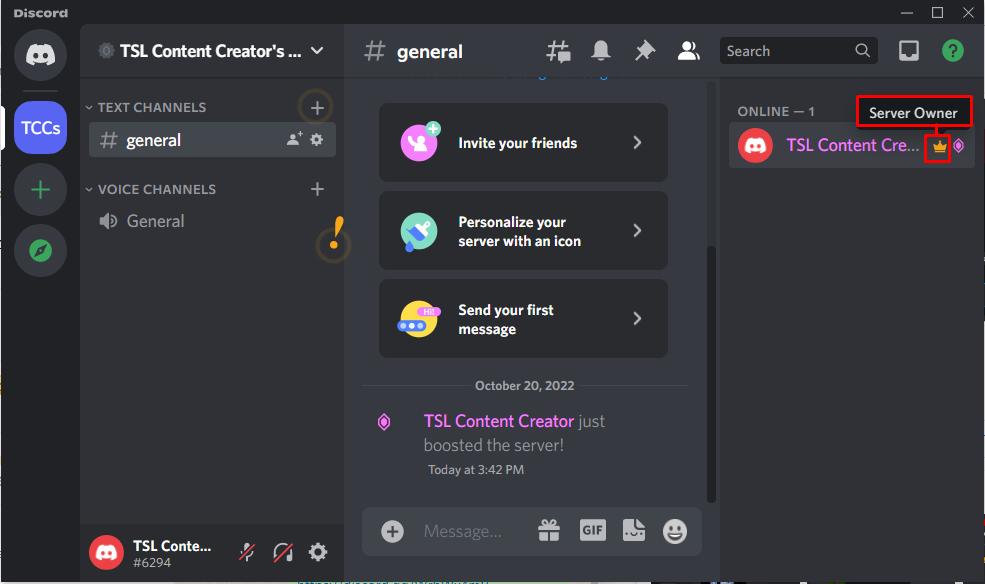 We have compiled information related to Discord role icons.

There are multiple Discord role icons, such as a Badge for “Manager”, a crown for “Owner”, a user icon for “Employee”, and different icons for Bot, Admin, Manager, Certified moderator, and Partner. This tutorial demonstrated the method for creating roles, assigning roles, and adding different role icons in Discord.