Best Linux Distributions for an Old Laptop in 2023

Unlike Windows and Mac, Linux still provides lifelong support for older machines with its various distributions. This is what I like most about Linux and its distributions. Even if you cannot carry out the larger tasks, you can still carry out the normal day to day tasks such as web browsing, writing/editing word document, watching movies, or listening to music.

If you have any old laptop or computer with minimal hardware, maybe you’re struggling with running any modern operating system on it. We all know that all the modern-day operating systems are not compatible with older machine; they demand more powerful hardware and more disk space.

But there are some Linux distributions that are especially developed for older computers and laptops. Why spend your hard earned money on expensive machines?

Today, we introduce you to such Linux distributions that work effortlessly on older as well as new machines.

Zorin OS Lite is a lightweight Linux distribution which is an ideal alternative to Windows or macOS. It ships-in with user interface and layout that are quite similar to Windows and macOS. Its lightweight desktop is based on XFCE environment.

Zorin OS Lite makes your older computer faster and more powerful while ensuring your security and privacy. Using the Zorin Appearance App, you can change the desktop layout to look like Windows, macOS, or Linux. 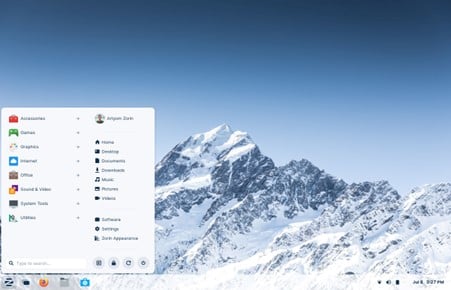 With time-to-time security patches and software updates released by developers, Zorin OS Lite becomes one of the most reliable Linux distros not only for older machines but also for new machines.

With the help of Windows App Support, you can run many popular Windows apps on Zorin OS Lite. This distro also ships-in with many useful pre-installed apps. 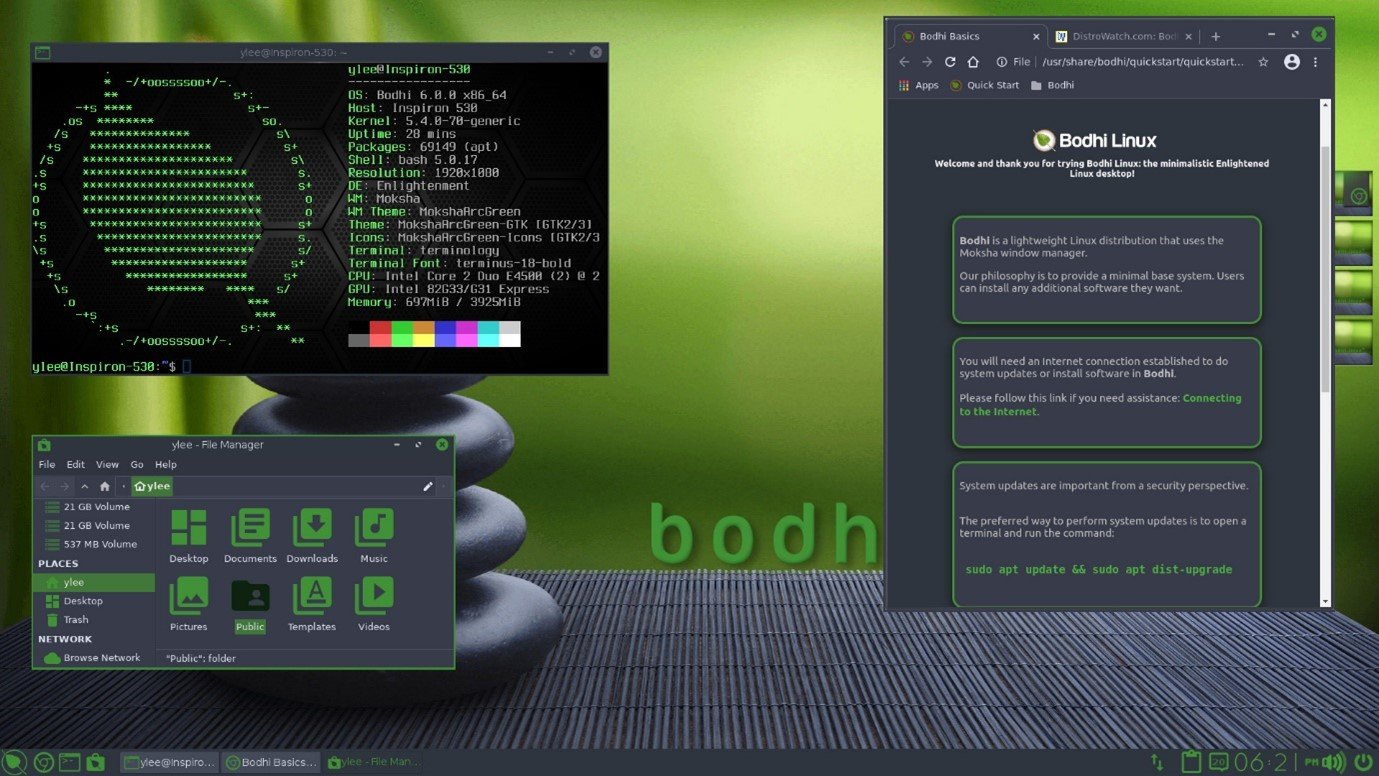 Bodhi Linux is a fast, flexible, and simple Linux distribution that is backed by friendly and active community of developers. Thanks to Moksha desktop, you can customize and configure this distribution to its core. Apart from that, you can also customize your desktop appearance with themes and backgrounds.

This distro ships-in with the set of default applications such as Terminology which is a terminal emulator, Chromium web browser, Leafpad text editor, synaptic package manager, and many others.

Ubuntu MATE is stable and is an easy-to-use operating system which comes with configurable desktop environment. This is a kind of Linux distro that brings your old unusable computer to life. With the modest hardware requirements, it is an ideal distro for older as well as modern day machines. 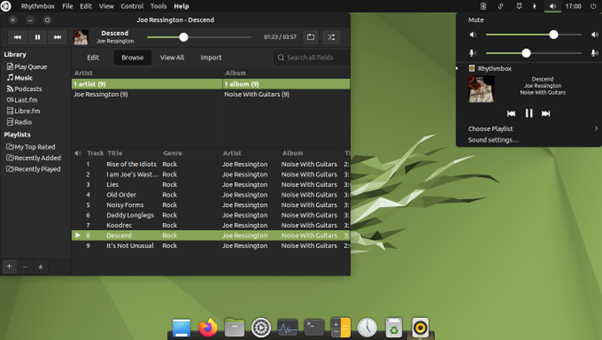 The latest release is based on Ubuntu 22.04. It could be a great alternative to Ubuntu where computer is not powerful enough to run a composite desktop. It comes with simple and beautiful looking user interface which is very easy to use and is customizable. 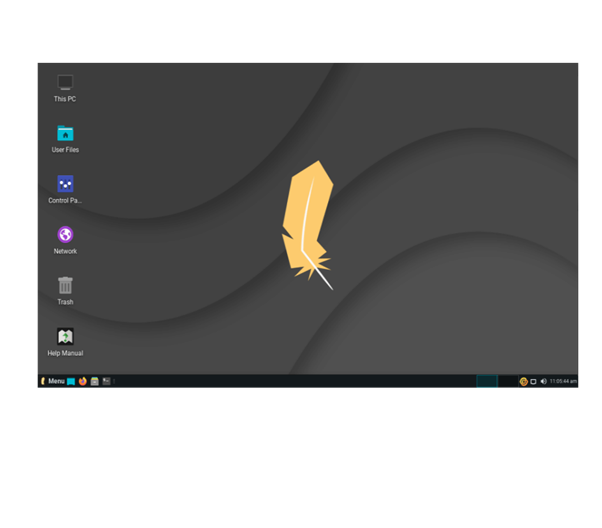 The user interface is clean and intuitive which makes it look like the modern operating system. It is based on Ubuntu LTS and can be updated in just 2 clicks. It has more than 1000 applications to choose from which can be installed and used for free.

Linux Lite is being used at home for browsing and accessing social media, at businesses and universities around the world, in the office, and also as a lightweight gaming platform.

A large community of developers ensures timely support. It also comes with a built-in highly configurable Firewall and is also backed by timely security update notifications.

Slax is a pocket operating system. Yes, this what the developers call it. Slax is a modern, portable but lightweight operating system that integrates well with older machines and laptops. This Linux distro has a clean and beautiful design.

You can install Slax on USB flash drive so that you can carry it anywhere in your pocket and run it on any computer. Maybe that’s why they call it a pocket operating system. Slax is based on Debian which ensures good community support and updates. 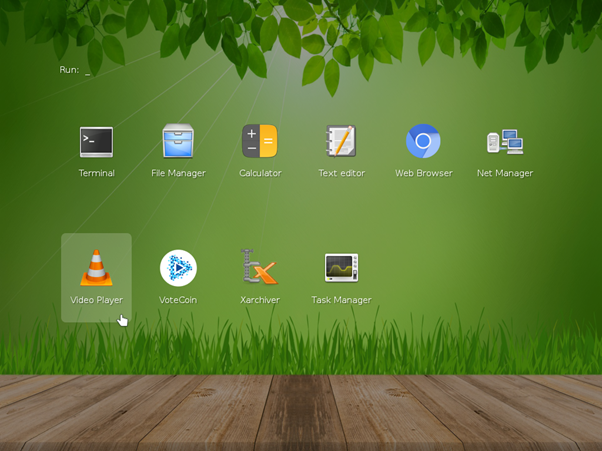 Slax comes with beautiful looking and simple user interface that makes you feel home in one go.

Slax ships-in with handful of useful pre-installed applications such as Terminal, Web Browser, and others. It is available in both 32-bit and 64-bit versions. This installation ISO file size is just around 270 MB which makes it ideal for Linux distro to older laptops.

Puppy Linux is a lightweight Linux distro which can be easily installed and used on 32-bit and 64-bit older PCs. It can be easily booted from CD, DVD, or USB flash. 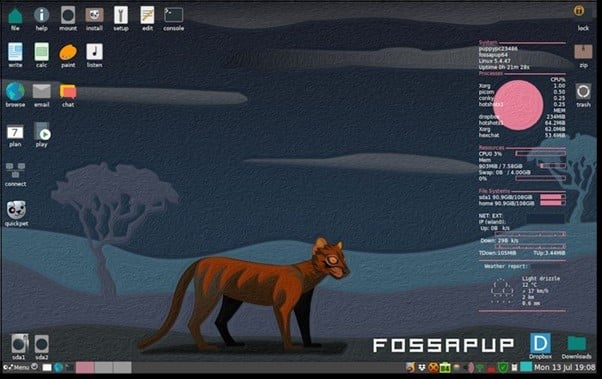 The user interface is quite simple. Hence, it is very easy to use. You can also easily customize it as per your requirements. This Linux distro is well-optimized to support the older computers as well as new ones. It is a fast and versatile Linux distribution.

One thing that might go against this distro is that it doesn’t come with some necessary apps installed, but it is one of the fastest Linux distros that works effortlessly on older laptops.

Peppermint OS is a lightweight Linux distro that is well-known for its stable and superfast nature. It is a highly customizable distro as it is built on long term support code base. It is an open-source Linux distro that has very modest hardware requirements. 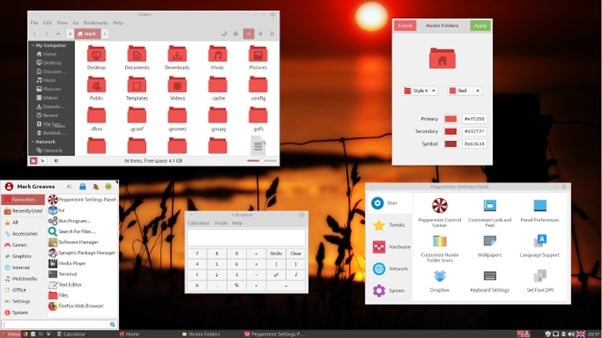 After completing the installation, you will notice that it does not ship-in with many pre-installed apps or packages other than the core packages that are necessary to run the system. Hence, you get more freedom and space on board to install the packages and apps of your choice.

Community support makes it an ideal OS for beginners as well as for older laptops. User interface is clean and modern which makes it easier to get used to for newbies.

Lubuntu is a very popular lightweight Linux distro. It is fast and energy saving operating system which makes it ideal for low-end computers. It comes with essential suite of apps like office and multimedia apps. 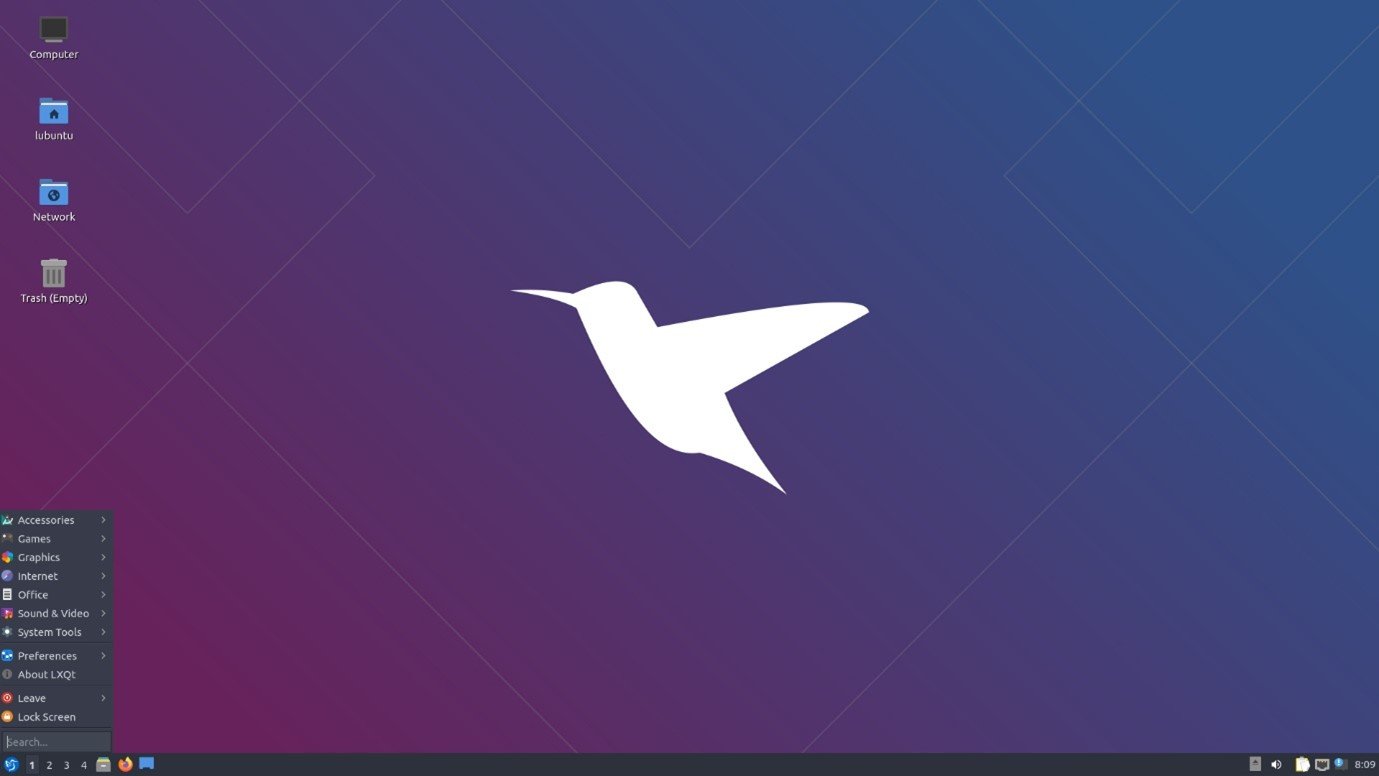 It gives you a complete desktop experience on low-end computers and laptops. The user interface is simple and clean, making it ideal for new users and Windows users.

All the Linux distributions that are listed here are especially made for older laptops and computers. The performance that you get from any of these depend on the condition of your old computer or laptop. All the listed Linux distributions are reliable and very easy to install on any system.