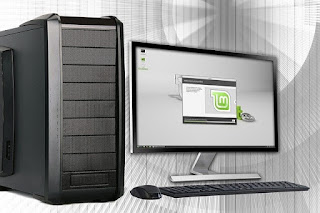 Usually, the operating system in your computer doesn't allow you to change its functions and other aspects. But, you can find some that allow you full control over all aspects. Not only that, but they also allow you to distribute your version freely. These are known as free and open-source software. So, they were made mainly to provide more control to home users over their software.

Now, there are many such viable options available for you out there. Linux is undoubtedly the most prominent one among them. After all, it has reached a leading position among all non-proprietary operating systems. Now, there are various distributions from Linux that you can choose from. The information given below can help you know all that you need to know about them.

Why should you use free and open-source software?

Whether you want to use FOSS is completely up to you. But, they do have some benefits to offer you if you use them. Now, some people might think that free software means they’re free to use. But, that's not true at all since ‘free’ refers to freedom here. That’s because you’re free to study, modify and redistribute them.

Also, even though you may have to pay for them, they have quite a low cost. Moreover, some of them are really free to use. So, they’re free in both senses of the word in certain cases. Apart from that, they also don’t require you to trust a software vendor. Instead, you can place that trust on a pretty large community of users.

But, they often have shortcomings as well, such as compatibility issues, bugs, etc. Moreover, they may also not have some features available in proprietary software.

How do you Benefit from Linux?

Linux has all the benefits that free and open-source software can offer you and more. First, all of its distributions are completely free of cost. In addition to that, it supports pretty much all file formats. Moreover, you can use it on older hardware components, which is difficult to proceed, in the case of proprietary software.

It also provides more security than many other systems that you use on your device. Apart from that, Linux takes up very little space on your hard drive. And, you can install it within a very short time.

Also, it usually provides much more safety to your data. But, you must contact a Linux data recovery service immediately if you lose your important files. Moreover, you can boot this software on your device directly from a USB without installing it. So, you must try out Linux if you want free and open-source software for your device.

Top 6 Linux distributions that are worth trying

Looking for a suitable Linux for distribution for your device. There are many options out there that may suit your requirements. But, here are the best ones among them that you must consider:

Among all Linux distributions, Linux is undoubtedly the most popular one. It’s one of the most accessible software to use that you can find. However, its interface differs from that of proprietary software, like Windows and Mac. So, it’ll probably take some time for you to get familiar with it. Moreover, there are also some Ubuntu versions, called flavours, similar to Windows. And, you can use them instead if you find the base version too inconvenient.

Now, as we have seen, specific free software might not feature the essential tools. But that’s not the case with Ubuntu at all. It comes with all the basic features that you need. Where do you download it from? In case you’re wondering, you can get it from the official Ubuntu website.

Are you a Mac user who wants to switch to Linux? Most distributions of the latter differ from that of the macOS. So, you might have some trouble getting familiar with them. But, the Elementary OS can provide you with a viable alternative in such cases. It comes with a user interface that resembles macOS to quite an extent.

So, you should find it familiar from the moment you start using it. As a result, you can enjoy Linux without spending much time getting familiar with it. This software doesn’t feature much pre-installed software but includes everything you may need initially. You can find all the other tools you need in the App Centre.

If you’re a Windows user, this distribution might be the most suitable for you. Its user interface resembles that of Windows, so you might find it easy-to-use. Also, it’s a perfect choice for people who are new to Linux. So, you might want to try out this distribution first if you’re a beginner. Then, you can move on to other distributions of your choice if you want.

Linux Mint also worked for certain shortcomings present in Ubuntu. So, it’s a better choice for performing certain tasks. Some of the pre-installed apps you get in it are better than those in Ubuntu. Also, it works much better on devices with old hardware as compared to many other distributions. And, it’s a perfect choice for your old PC.

As the name suggests, this is the lighter version of Linux software. So, it takes up much less space on your hard drive than the full version. That also means it comes with a lesser number of pre-installed software. Like all Linux distributions, this one is easy to use as well. Also, its interface resembles that of Windows, like that of Linux Mint.

Does it have anything new to offer you? In case you’re wondering, yes, it does. Linux Lite provides you with an enhanced user experience as compared to the other distributions. So that’s one of the reasons you might want to choose it. Also, it allows you to use many Windows programs that you’re familiar with. Linux Lite has low requirements, and you can run it on a PC with old hardware.

This Linux distribution is arguably the most stable one that you can find right now. Moreover, it’s meant for users who are not acquainted with this software. It has an interface that’s very simple to understand and use. So, you can make yourself familiar with it pretty quickly. Needless to say, it provides you with a great performance. That made this distribution a very popular choice among users.

Moreover, it allows you to run pretty much all programs and tools. So, you can install any software that you need to accomplish your work. That makes MX Linux one of the best distributions for home users.

Are you looking for a suitable distribution for gaming? Apart from Ubuntu, you must also give Pop!_OS a try. After all, it provides enhanced performance in comparison to the former. It can provide the optimal support that your GPU needs to run the latest games. Apart from that, you can download pretty much all the essential software and files on it.

But, you can’t use this distribution on PCs with old hardware components. On the other hand, it can provide a very desirable performance with the latest hardware. Also, it’s a perfect choice for beginners and easy to install and use.

We have tried to include suitable options for all types of requirements. Hopefully, you’ll find a suitable Linux distribution among the ones mentioned above. They’re the best you can find, but you have other options as well. So, you can consider them if you don’t find what you’re looking for here.

Check: WHM Tutorials: How to Log In to WHM added to https://www.SysDevKB.com