Bash and Conditions: A Complete Guide

There are various conditions in a Bash script, but the “if statements” are the most common ones. Many beginners always want to learn more about the Bash and conditions. This tutorial will explain how to use the Bash conditions in Linux.

Bash and Conditions: A Complete Guide

Let’s look at the brief discussion about each Bash condition with some examples.

If statements allow you to decide whether or not to execute the specific statement of code as per the condition. It requires the “if” keyword at the beginning and the “fi” keyword at the end of the code statement.

If the condition is true, the code performs the actions; if it is false, it aborts the code. For example, let’s create a script that returns a statement if one value is greater than the other:

Now, if you use any number greater than 50, the script shows the following result:

If you enter a number less than 50, it will not return any statement.

The “if statement” doesn’t provide any result when it is not true. That’s why various advanced if statements come into the picture.

Once you execute the script in the terminal, you may get the following result as per the number:

The if-elif statement revolves around three conditions, making it one of the more complex ones. In this case, the execution goes through the commands one by one if they are true or skips when any command is false. For instance, let’s create a script that identifies whether the number is even, odd, or zero: 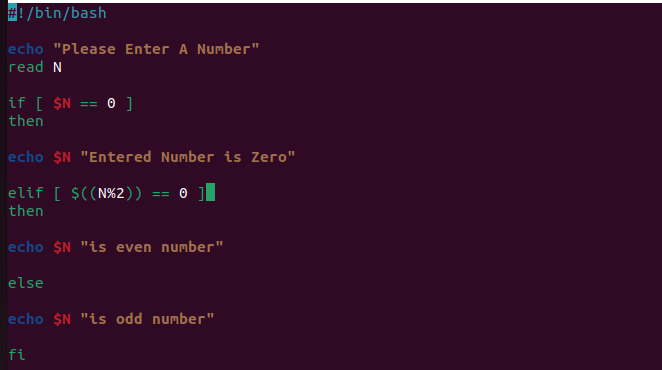 Now, execute the script in the terminal and enter any number to print the details accordingly:

You can add multiple “if conditions” in a single script in the nested statements. For example, you can combine two different conditions where the script can evaluate that the given number is greater than 150 and whether it is an even or odd number: 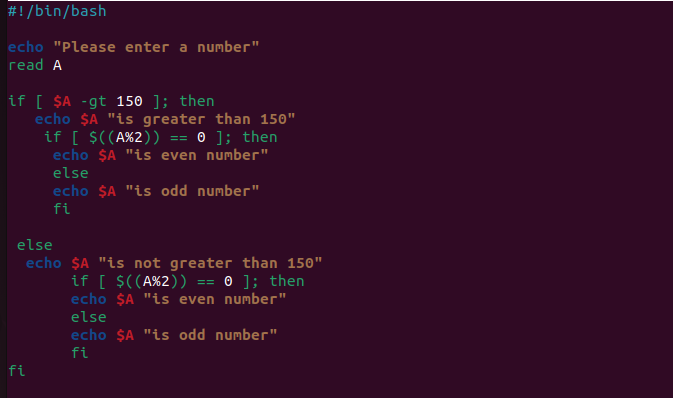 Now, if you execute the script and enter any number, you may get the result accordingly:

This Bash statement simplifies the complex conditions that contain multiple choices. You can replace the “if statements” with ;; to get the result easily. You can add multiple conditions to the case statements to make the script cleaner and easier to understand. For example, let’s create a script that provides the details about the employees and their designation: 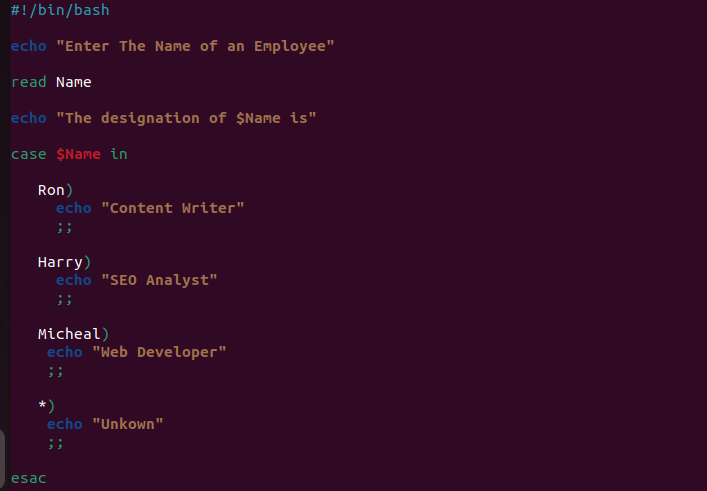 Now, you can run the script in the terminal and enter any name:

Sometimes, you want to perform the “if conditions” but sometimes, multiple conditions meet in a single script. That’s why we use the Boolean operations which are classified into the following:

Here is the example where we include all the Boolean operators in the single Bash script: 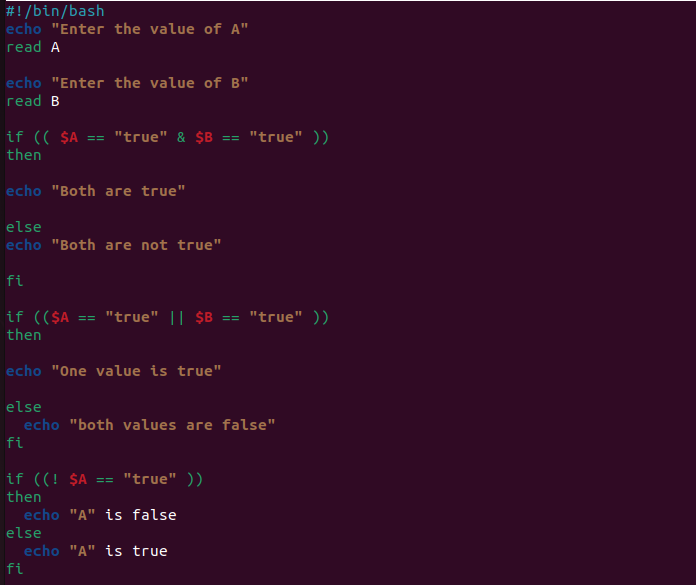 Once you create the script, execute it in the terminal: