Roblox is getting popular day by day and the main reason for it is that it has a vast genre of games with several customization features. Anime Warriors is one the best action-adventure games that was created in 2021 and has reached up to 54.5 million visits which is not bad at all. To buy stuff in the game gems are required which one can get by winning matches or by performing tasks.

There is another way to get free gems and that is by redeeming the codes that are mainly provided on their twitter account. If you are new to Anime Warriors and don’t know which codes can get you some free gems, then read this guide.

Gems in Anime Warriors can be used to purchase items from your characters though not everywhere the gems are used as YEN is the main in-game currency, so here are some of the codes that you can use to get free gems in Anime Warrior:

How to Find Codes on Anime Warriors for Free Gems

When you start playing Anime Warriors, a code appears at the top with a Twitter icon in the main menu as shown in the following image. Just note that code: 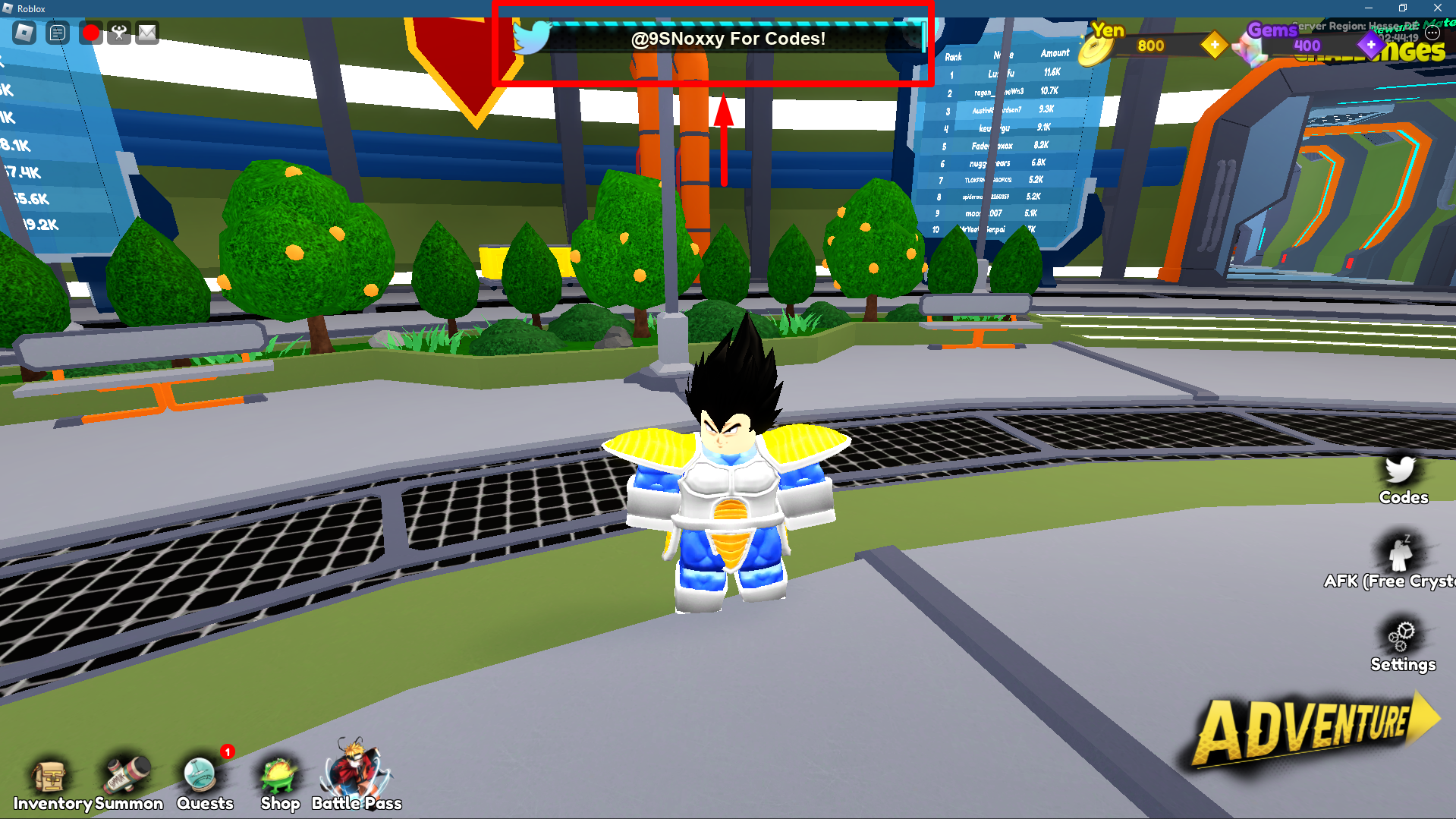 How to Redeem Codes to Get Free Gems

The process of redeeming the codes for gems is quite simple just click on the code’s icon on the right side of the screen: 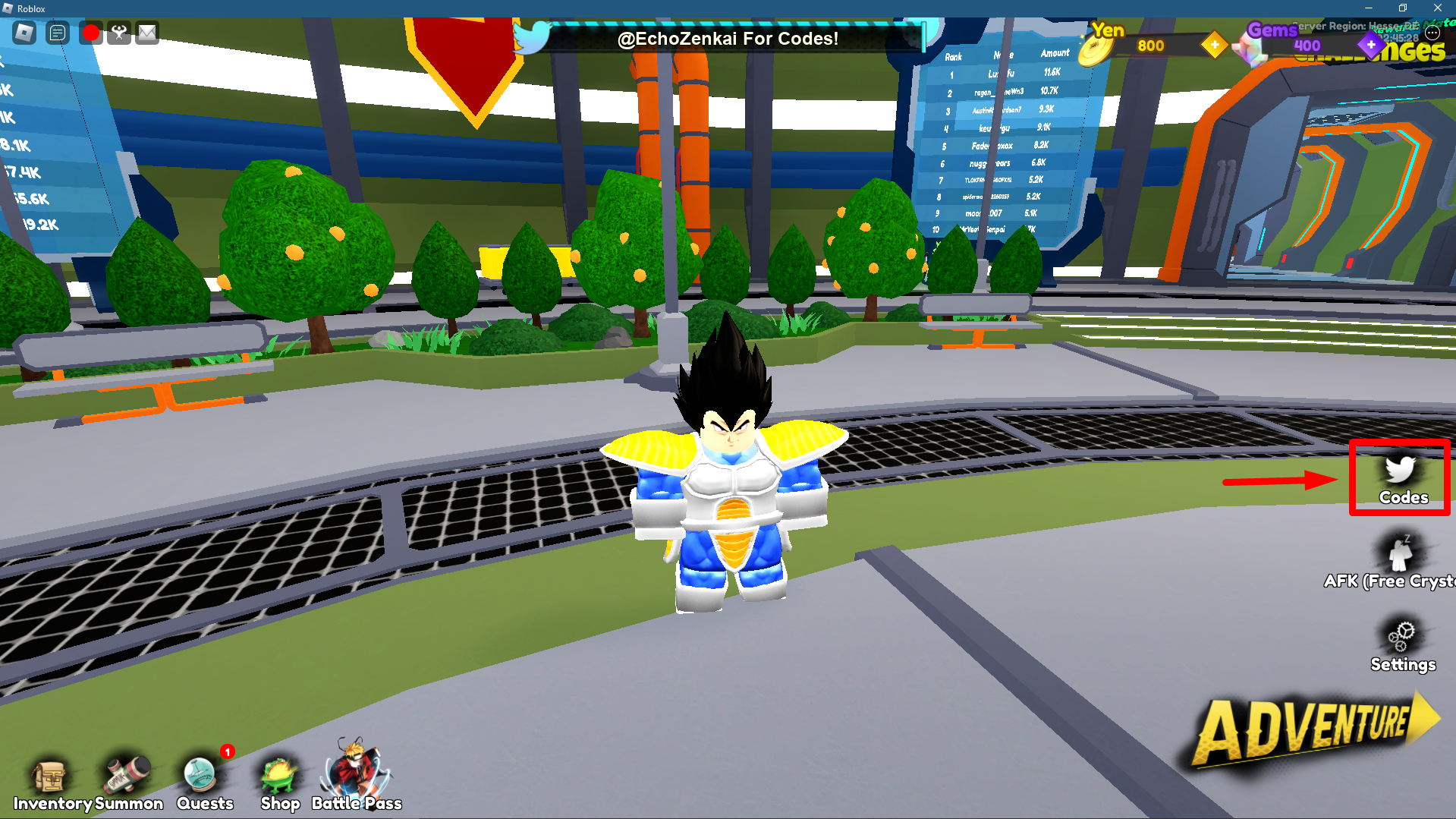 Next write the code in the in the popup dialogue box and click on the Redeem button: 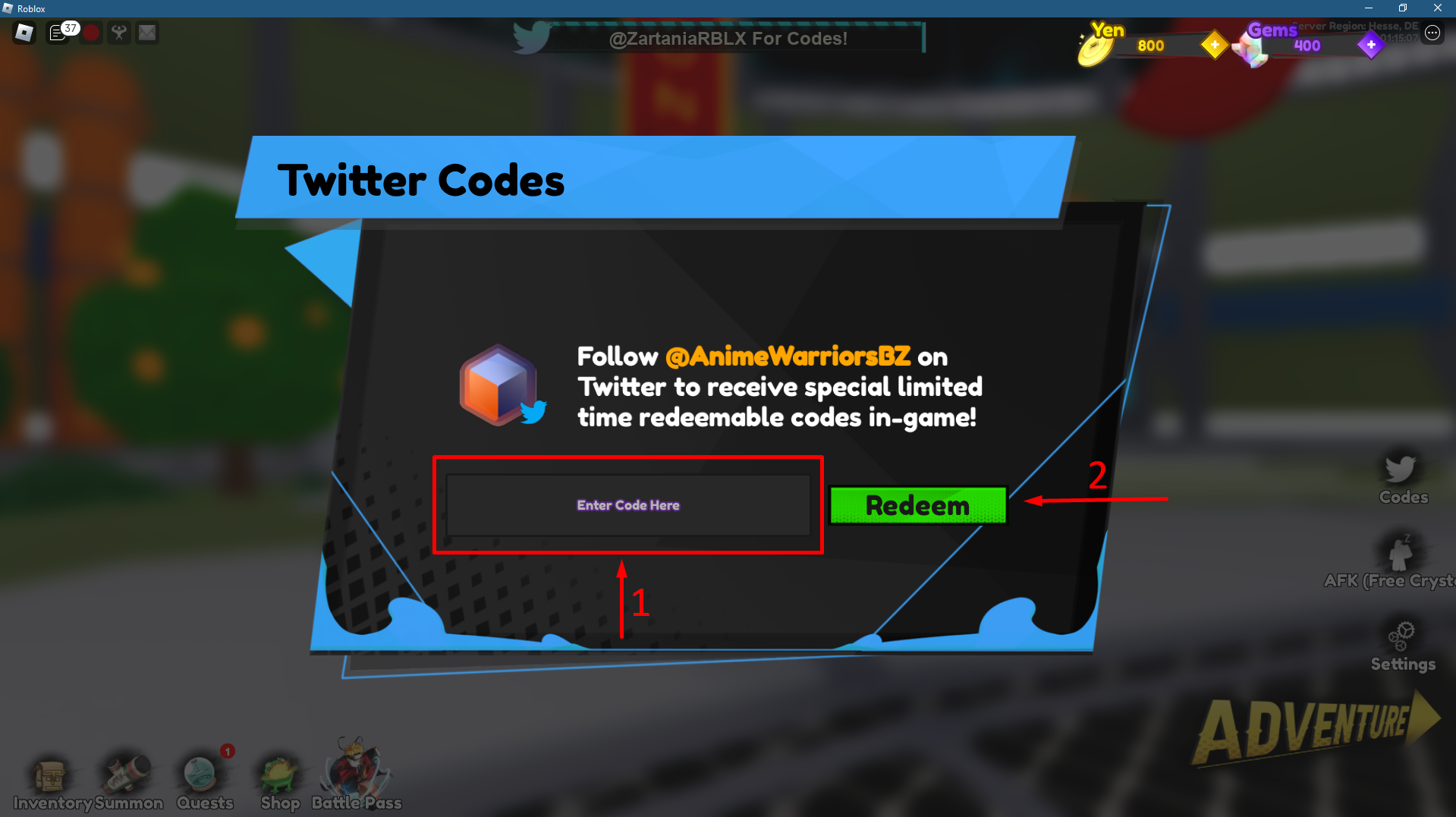 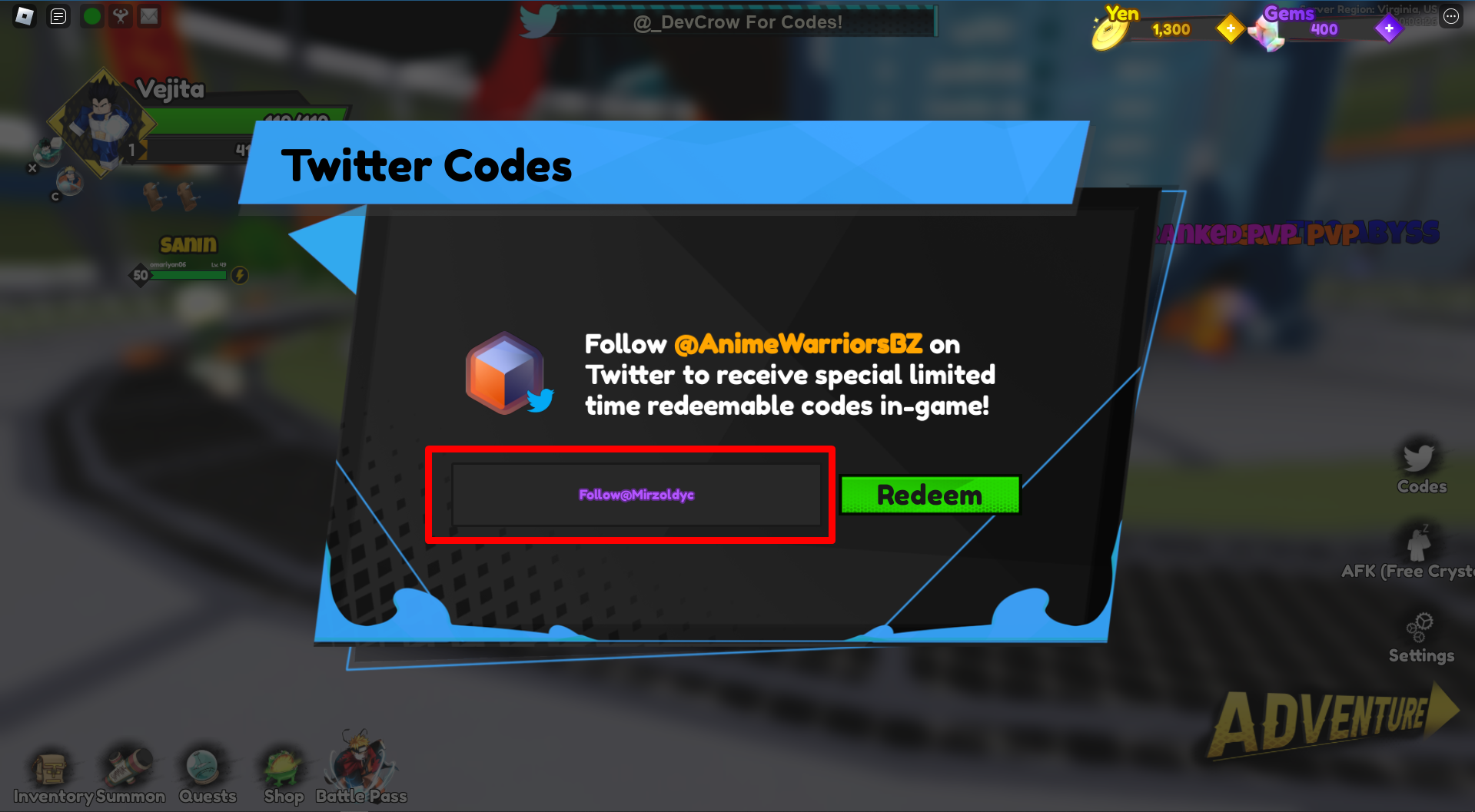 Anime Warriors is an old school action and adventure game that is quite popular among the gamers on Roblox. This game uses YEN as it’s in-game currency which is mainly used to buy stuff in the game but there are gems as well which players use to spend on their character for premium updates.

To get free gems the developer of this game provides some codes which are displayed on the top of the interface. Simply click on the Codes icon and write the gem code to get the gems for free.