Raspberry Pi is a small sized board that can be used as a personal computer, for gaming and designing multiple electronics projects. It has gained popularity among SBCs due to its wide range of applications such as home automation projects, crypto mining, running games, and more. It has also gained popularity among children and enthusiasts because of the larger online support which helps them learn programming with ease through Raspberry Pi board.

The Raspberry Pi device has many features and here we will show you some of those that are crucial for a beginner who has recently purchased this device.

10 Best Features of Raspberry Pi Board

The Raspberry Pi board consists of some very amazing features, which are listed below: 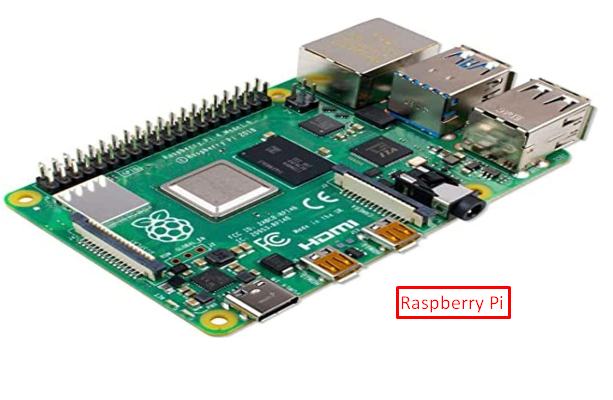 The Raspberry Pi features a central processing unit, much like any other computer. It helps helps us run the operating system on a Raspberry Pi device. On its boards, Raspberry Pi uses processors from the ARM11 family, which is Broadcom BCM2711, quad-core Cortex-A72 (ARM v8) 64-bit SoC processor with a clock speed of 1.5 GHz, enough for running a lightweight desktop environment.

The HDMI is another feature of Raspberry Pi devices that allows you to display the Raspberry Pi output on a large screen monitor. The Raspberry Pi and monitor are connected through an HDMI connection and the output it provides will go up to 4Kp60 video resolution.

The Graphic Processing Unit, or GPU, is another component of the Raspberry Pi board. Its main objective is to increase the calculating speed for images. Raspberry Pi has a Broadcom VideoCore VI that supports both 2D and 3D graphics along with normal general purpose GPU computing.

GPIO pins are used to connect with electronic circuits. Depending on how the user programs them, they can read and control the electric signals from other boards or devices. These pins need to be handled cautiously because they are quite sensitive. They contribute to the Raspberry Pi device’s wide range of applications, making them crucial components. Raspberry Pi board has 40 GPIO pins which is a good number and they allow us to connect a lot of components to Raspberry Pi device.

The Raspberry Pi device supports running lightweight desktop environments, allowing users to control different electronic components or do other computational tasks. The Raspberry Pi also has its own OS called Raspberry Pi OS, which you can install from here. You can also install several other Linux operating systems like Ubuntu, Kali Linux, DietPie, and others. Besides installing Linux systems, you can also install server-based operating systems like Xbian, OSMC, and more.

To buy the official Raspberry Pi power supply shop here and plug this supply using the C-port of the Raspberry Pi device.

LEDs are used for interacting with users. There are two colors appears on device, which is red and green light. The red color is used for the power indication of Raspberry Pi while the green light gives information if any process is going on or not.

You can also check out our published article about red and green LEDs on Raspberry Pi.

One of the most amazing features of Raspberry Pi is that it allows game lovers to run multiple gaming emulators like RetroPie, Recalbox, Lakka, and others.

To find information about the best emulators for Raspberry Pi, follow the article.

Raspberry Pi has 4 USB ports out of which two are Thunderbolt means which ensure a fast data transfer rate. These USB ports can be used for data storage devices like flash drives/USBs as well as

The Raspberry Pi device supports high speed WiFi connectivity as it effectively provides 2.4 GHz Wi-Fi connection, which makes it versatile in connecting to multiple ranges of Wi-Fi Antennas. Also, it provides Bluetooth compatibility, allowing you to easily start file transfer and sharing with other systems.

Raspberry Pi boards are the most used Single Board Computer (SBC) nowadays because of their amazing features that include an ARM Cortex Processor, Bluetooth and WiFi support, multiple USB ports, a good Broadcom VideoCore VI GPU, Linux based operating system, HDMI, and others.

Additionally, there are great online support communities available that are working with these features and sharing their experiences online.